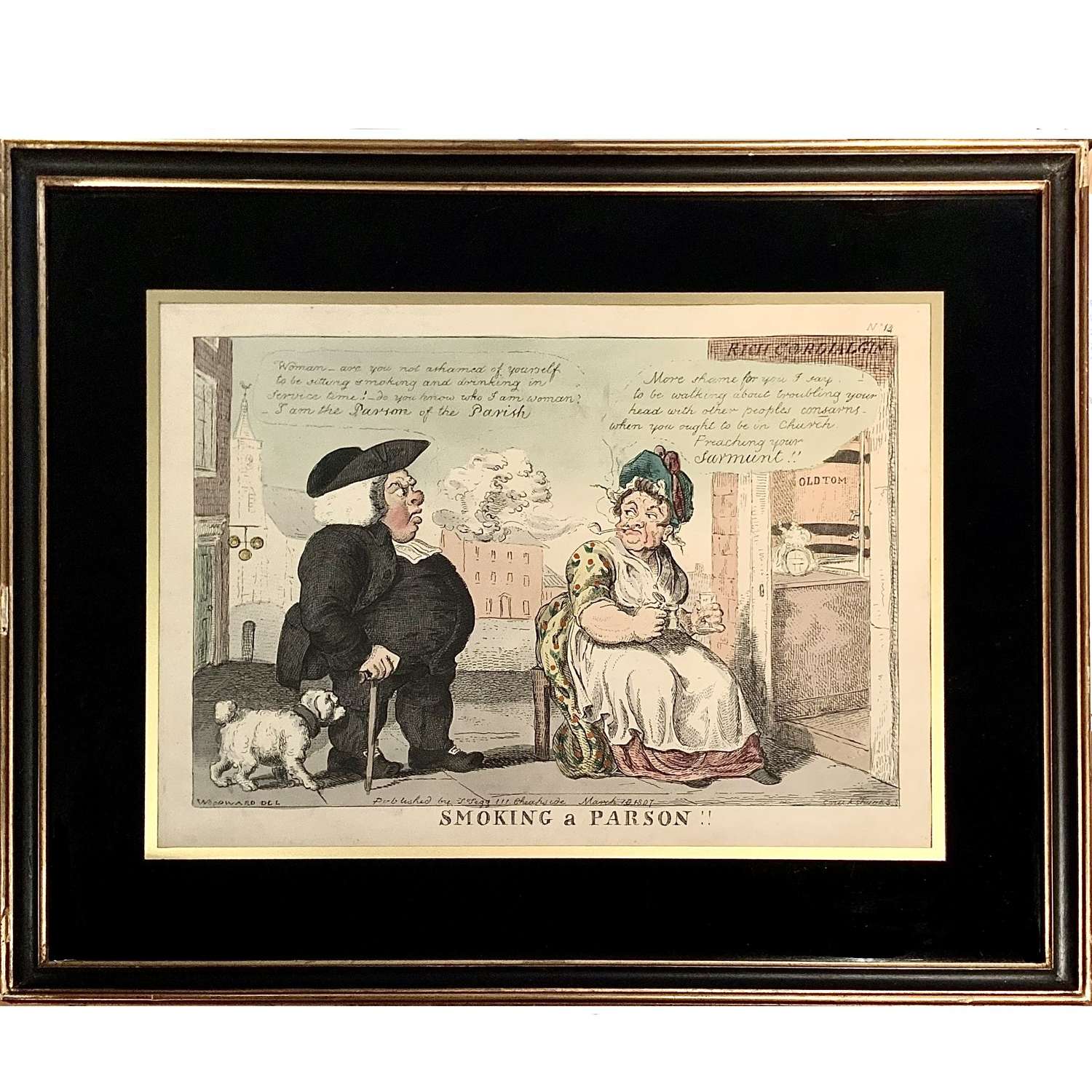 A grotesque cleric in a tricorne cocked hat, with a white poodle beside him, challenges a pipe smoking and gin drinking woman who is sitting outside a gin shop with "Rich Cordial Gin" written over the doorway and "Old Tom" written on a barrel. The cleric says to her: "Woman - are you not ashamed of yourself to be sitting smoking and drinking in Service time! - do you know who I am woman? - I am the Parson of the Parish." She looks at him contemptuously over her shoulder and blows smoke in his face saying: "More shame for you I say, to be walking about troubling your head with other peoples consarns - when you ought to be in Church Preaching your Sarmunt!!"

The print demonstrates a certain sympathy for the female flouting of male authority and also a healthy disrespect for the churchman who is himself absent from performing his duty, which is probably being performed by a curate, and who is trying to shame people into attending church, which would up his revenues.