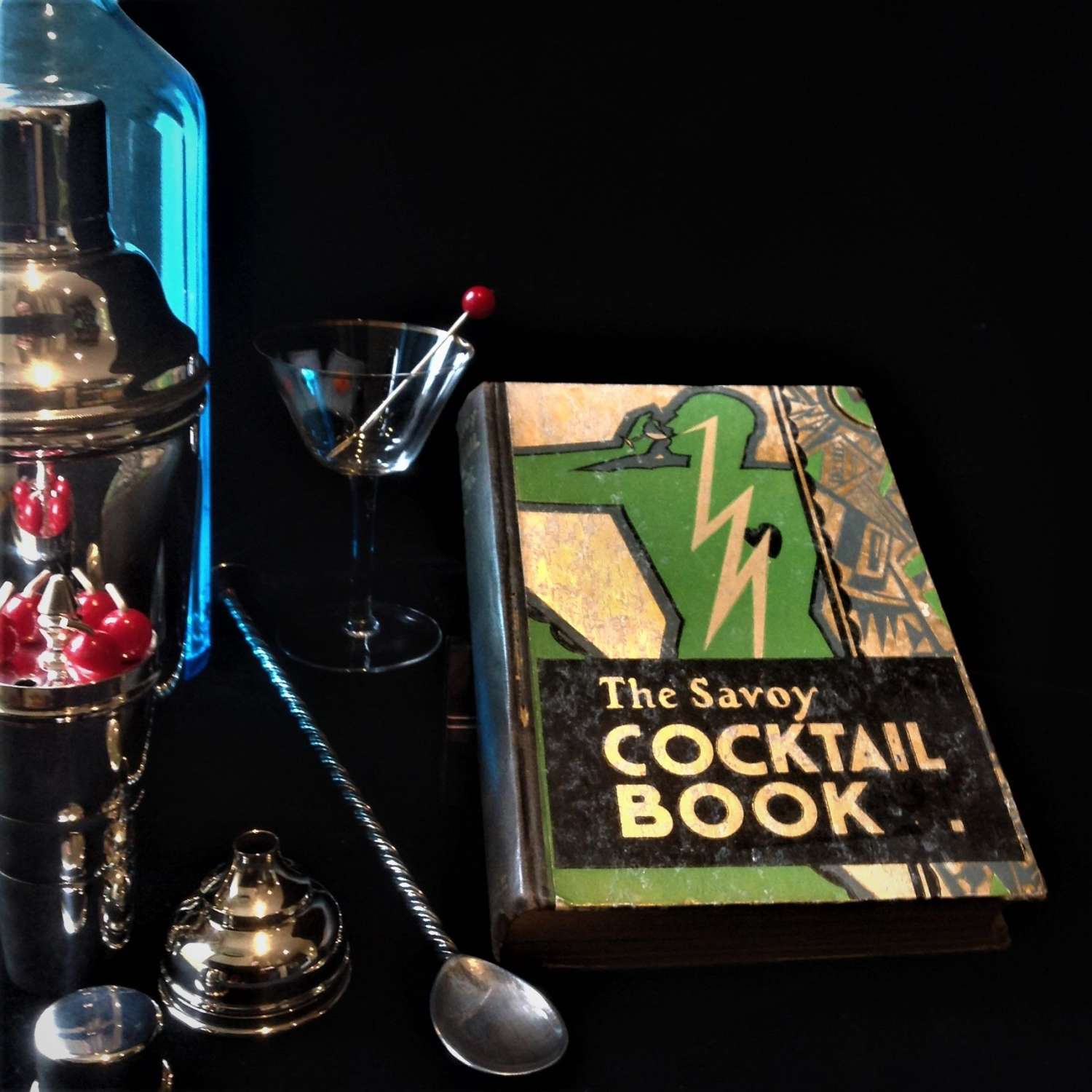 The iconic "Savoy Cocktail Book" has long been recognized as a quintessential book in exemplarizing the fun and frivolity of the 1930s. In 1926 Harry Craddock (1876-1963),“the king of cocktail shakers", left Prohibition U.S.A. to become the head barman of the American Bar at the Savoy Hotel in London. In the late 1920's the management of "the Savoy" had embraced the new "style moderne" ("Art Deco") and begun an innovative programme to update not just the hotel's appearance, but its entire image. In 1930 the now instantly recognizable entrance with its stainless steel portico, gilded statue of Count Peter of Savoy and distinctive modernist signage was unveiled. As part of projecting the hotel's chic new identity, the innovative managing director, George Reeves-Smith, had the idea of putting together a Savoy-branded book on wine and cocktails. He delegated the realization of this to his Publicity Director, the very well connected Richmond Temple. Little is known about the specific genesis of the scheme but, on 1st April 1930, Temple signed a deal with Constable & Co Ltd to publish the book. The Savoy's star barman Harry Craddock was asked to commit to paper everything he knew about mixology. He duly set down recipes for around 750 drinks, along with recording a host of other information and anecdotes useful for the bartender.  Although uncredited, it is thought that Richmond Temple's friend Vyvyan Holland (1886-1967) (younger son of Oscar Wilde) helped with editing and contributed some of the elegant writing and phraseology.

The book was, of course, launched at a cocktail party. Around 250 "Limited Edition" copies were signed by Harry Craddock and those books designed for general distribution were then made available to bookshops from Trafalgar Day (21st October) 1930. These have an errata slip for a "Bacardi Cocktail" bound in between pages 24-25. The second-printing of the 1st Edition (as here) included nine "Additional Cocktails" on pp.282-283 (including the previously omitted "Bacardi Cocktail"). This more comprehensive book, printed within weeks of the launch, also includes a Gilbert Rumbold designed advertisement for Booth's Dry Gin as endorsed by Harry Craddock.

Craddock’s text, the sumptuous quality of the production, the innovative layout and design and the bold style of Gilbert Rumbold's profuse art deco illustrations all combine to make these First Editions of the "Savoy Cocktail Book" particularly sought after as one of the archetypal artefacts of the Jazz Age and an essential and historic reference work for the mixing of cocktails. 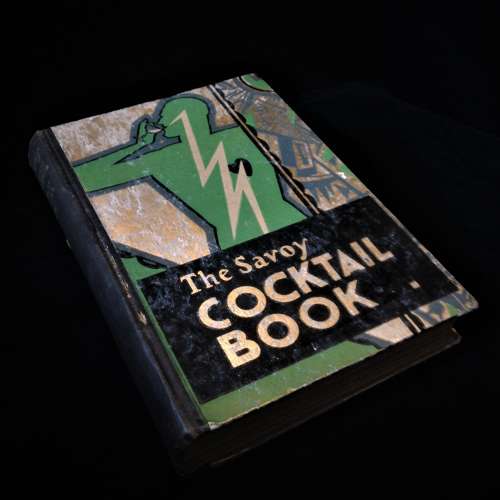 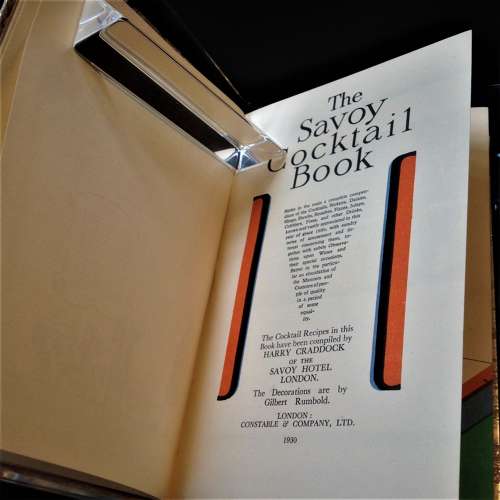 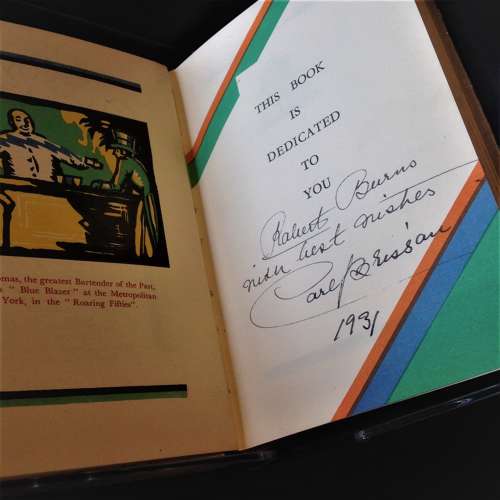 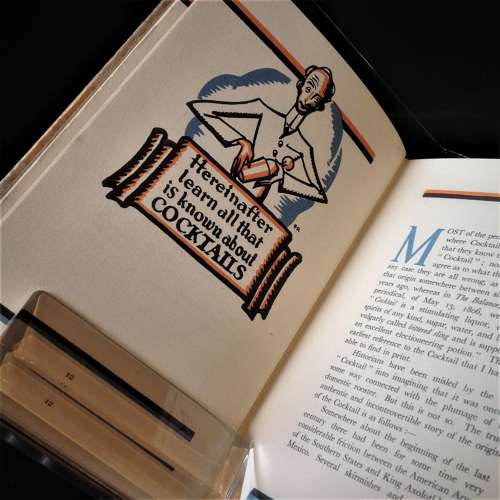 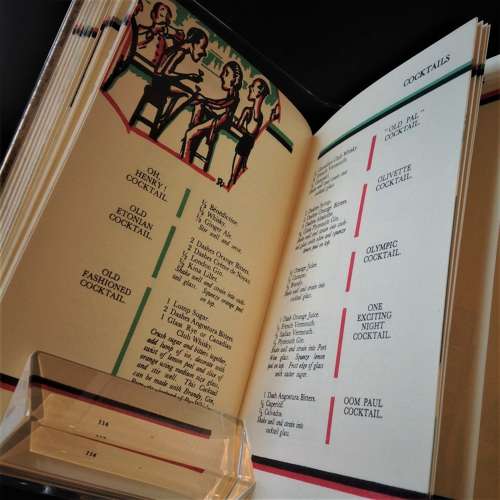 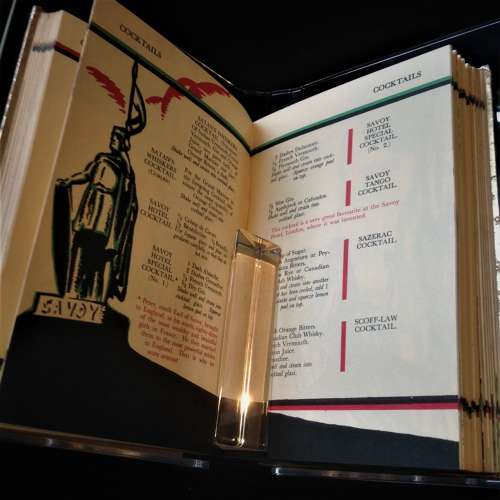 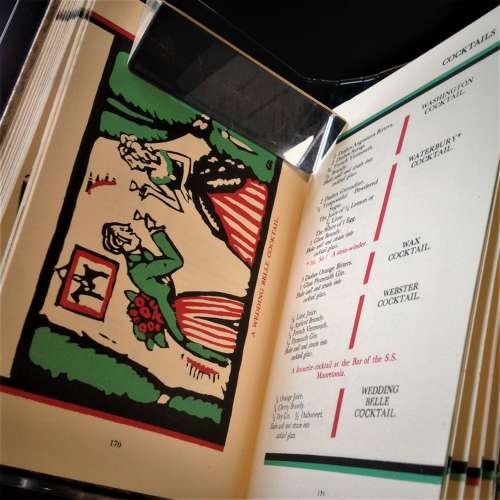 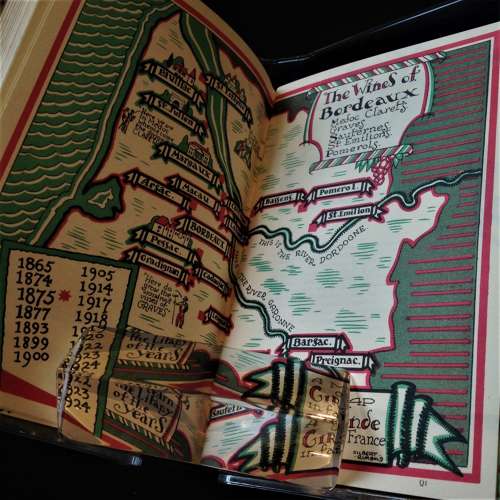 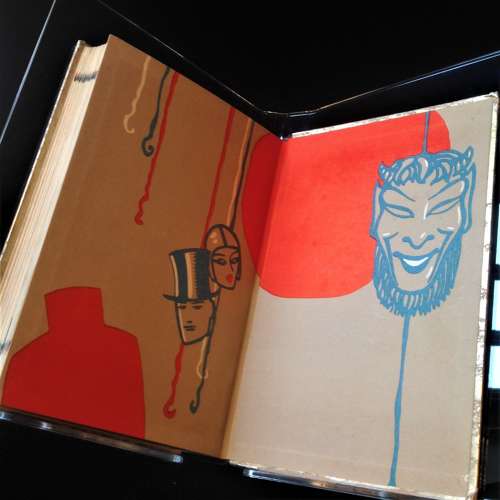 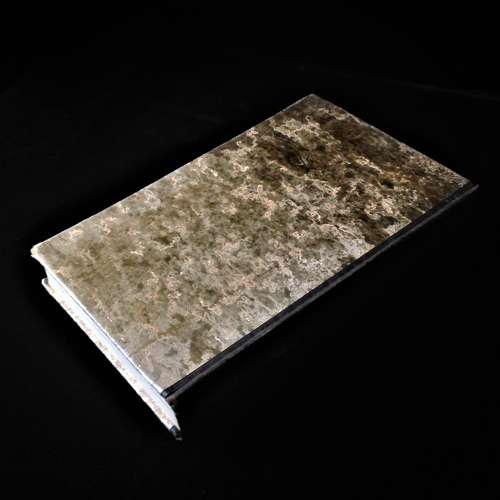 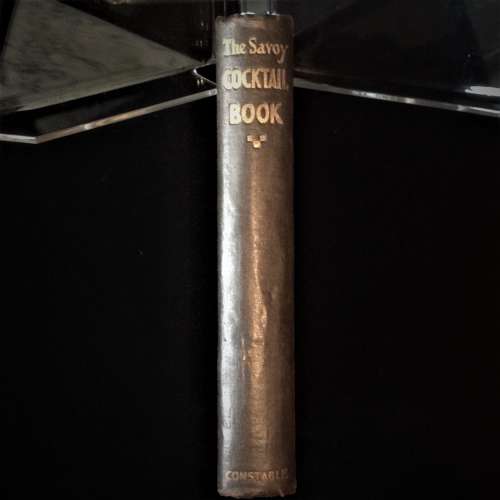 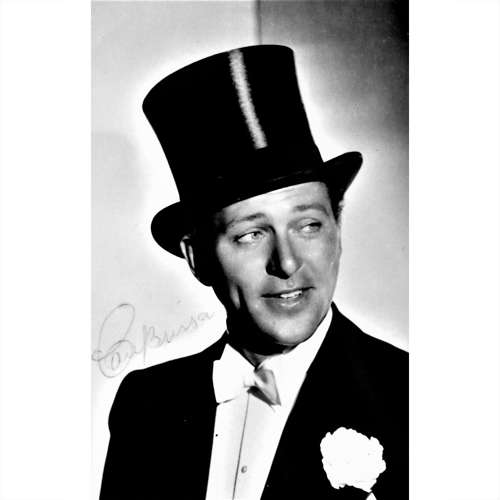