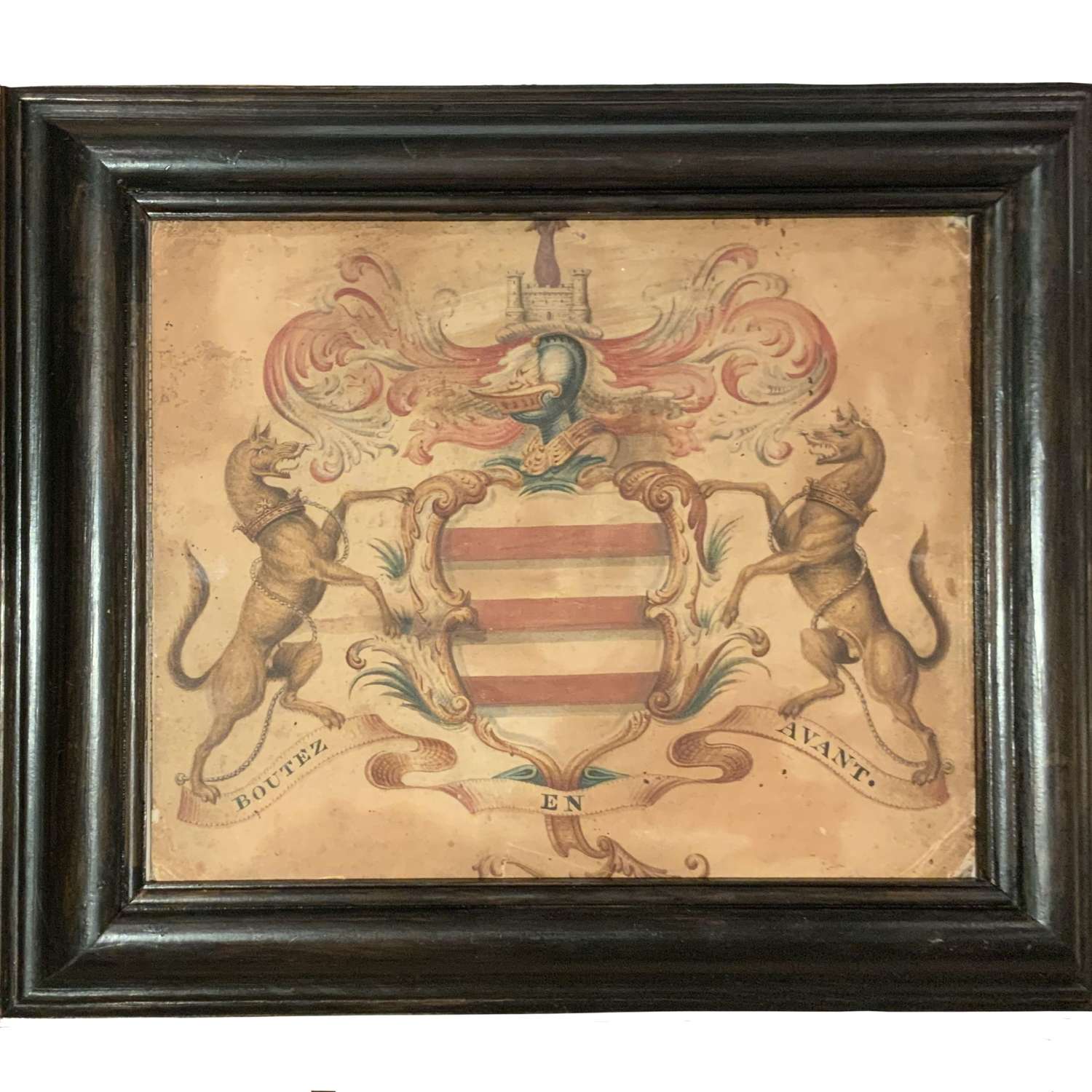 A shield argent with three bars gules supported by two wolves or ducally gorged and chained, the helm with the crest of a two towered castle issuing a dexter cubit arm grasping a sword. The motto "Boutez En Avant" beneath.

The Barrys were a distinguished Anglo-Irish family whose motto, "Boutez En Avant", roughly translates as "Push On" or "Press the Advantage". They were created Earls of Barrymore in the 17th Century. The penultimate Earl of Barrymore (the 7th Earl), Richard Barry, was nicknamed "Hellgate" (for where he was though to be headed) and considered to be the "Rake of Rakes". He died at the age of 23, following an accident with a musket. His brothers Augustus (1773-1818) and Henry (8th Earl) (1770-1824) were known respectively as "Newgate" (after the infamous prison) and "Cripplegate" (cruelly after the London gateway as he had a clubbed foot). They were, all three, notorious companions of the Prince of Wales. Their sister Lady Caroline Barry (1768–c.1832) was known as "Billingsgate" (after the fish market, due to her usage of foul language). The three brothers were depicted as "A Hellgate Blackguard",  "A Newgate Scrub" and "A Cripplegate Monster" in a 1791 caricature by James Gillray entitled "Les Trois Magots". The Earldom became extinct after their deaths. 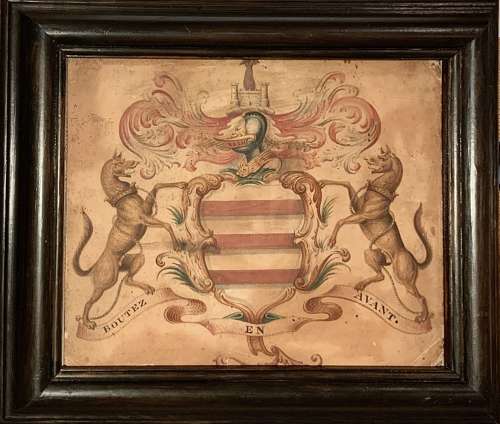