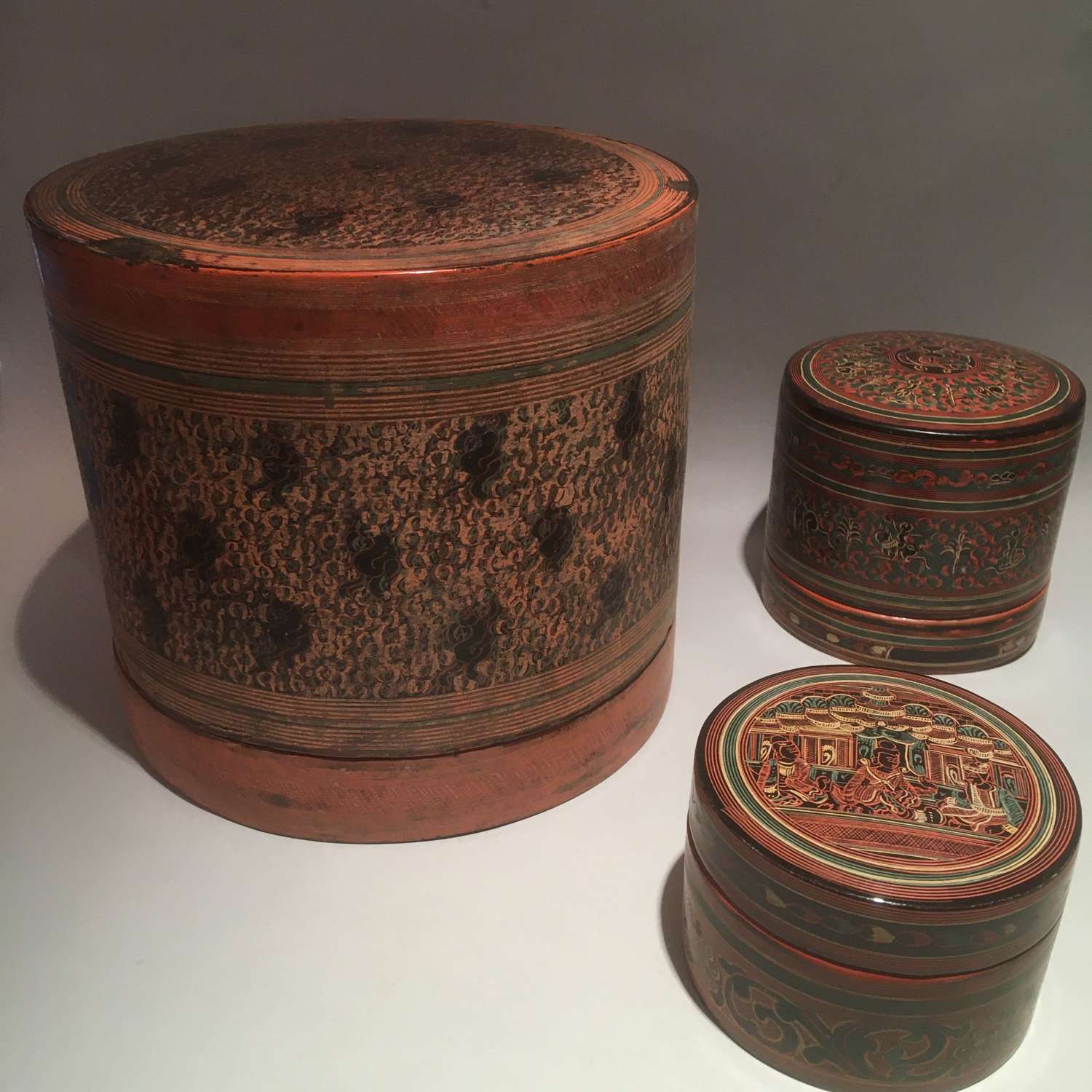 A Collection of Burmese Lacquer Betel Boxes, ‘Kun It’

The largest box is also the oldest and dates to the late 19th to early 20th Century. The other two boxes are slightly later (early to mid 20th Century). These boxes and their various graduated trays and compartments within were used for the serving and storage of betel nuts and leaves - the chewing of which is an Asian custom.

Good condition. Slight wear to the green paint on the sides. 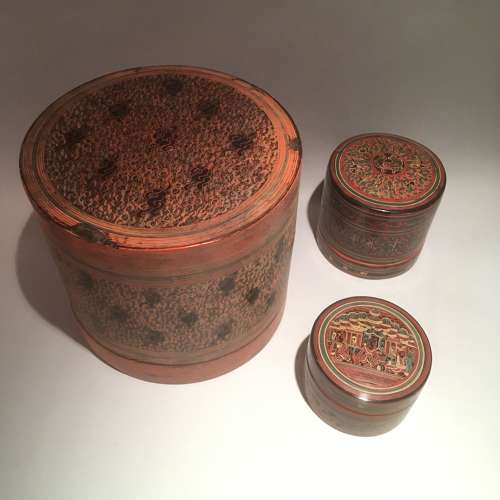 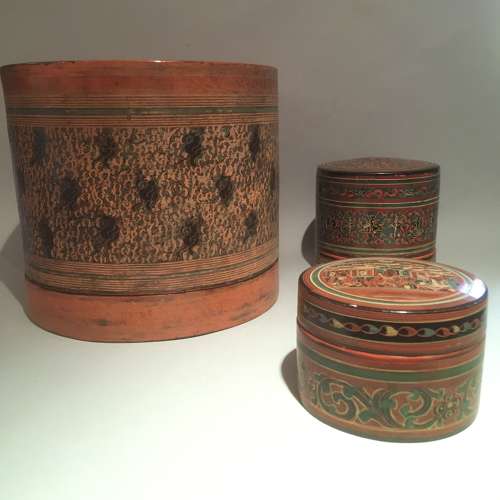 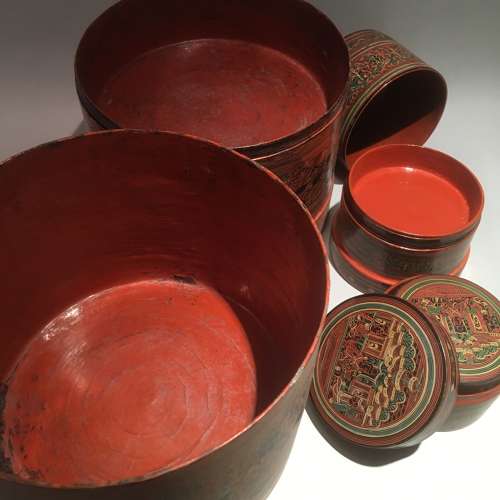 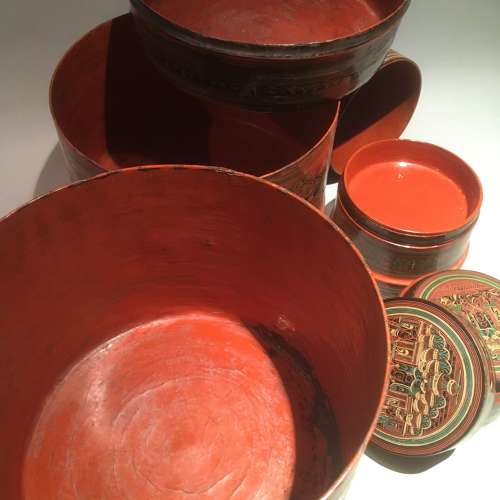 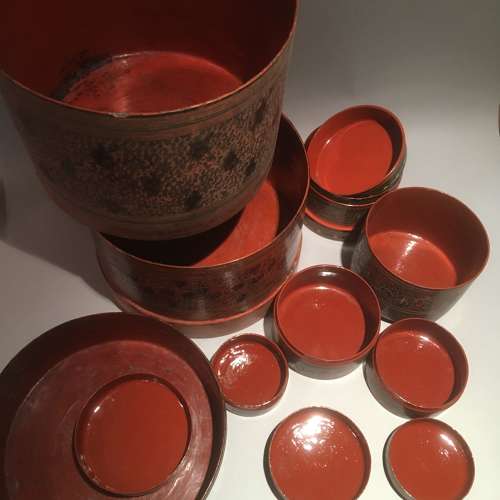 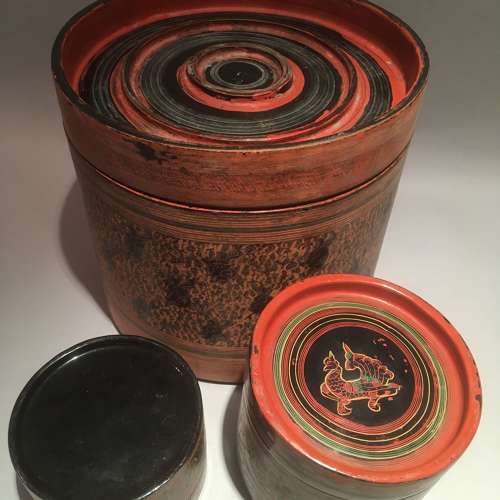