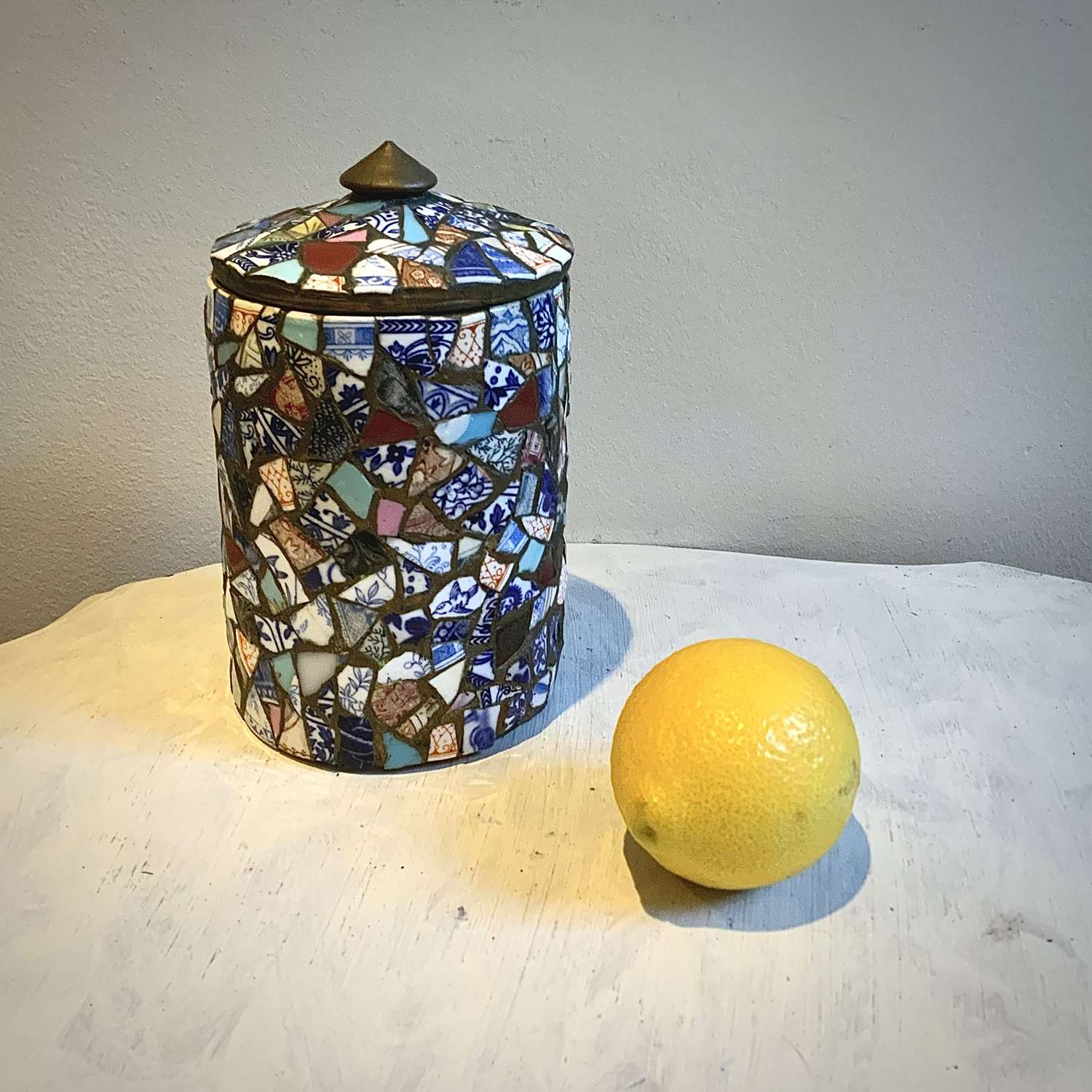 A very good example of the type of Folk-Art piece known as “Memory Ware”. These wares were decorated with a mosaic of fragments salvaged from broken but much-loved pots which were often stuck onto the carcass of another broken, but held-in-affection piece of pottery. In this way items which would otherwise have been thrown-away turned into decorative items, preserving the "memory" of the objects they were fashioned from. In France they are known as “Pique-Assiette” (a phrase meaning both 'broken plate' and 'a freeloader who steals off plates').

The example here is particularly charming as the sherds are taken from fascinating cross-section of high-end and low-end bone-china and pottery. Although it fits the jar beautifully, the lid is actually fashioned from the broken top of a Victorian 'brown bessie' teapot. 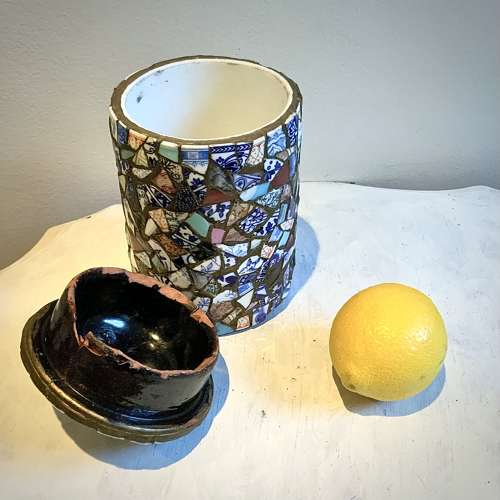