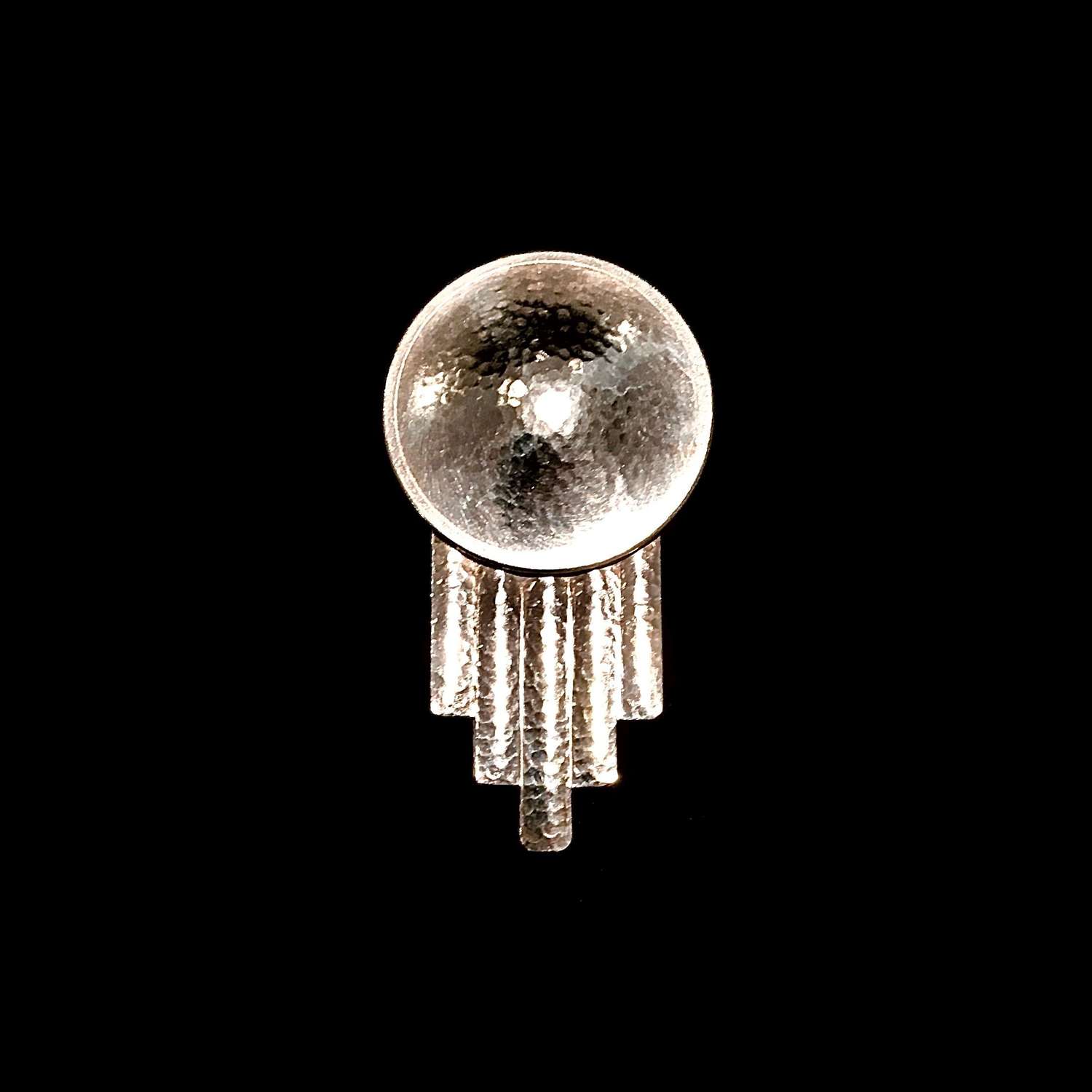 An Art Deco silver brooch or clip in the shape of an abstract stylised "Comet" or "Shooting Star". The planished silver convex disk with a tail formed from five "fingers" behind it.  The fastening to the back of white metal, marked "ARGENTOR" "TRADE MARK" "METAL PAT ANG." (Indicating an English Patent) and "MADE IN AUSTRIA". Within the planished silver disk a screw fitting, opening to a compartment for a sponge.

Argentor-Werke Rust & Hetzel was founded in 1902 (with its origins in the 19th Century) and, alongside the Wiener Werkstätte, became one of the most important manufacturers of metalware associated with the Jugendstil Art Nouveau movement in Vienna. Their production included all types of domestic wares in silver and silver-plate and also mounts for the iridescent glassware made by Johan Loetz's factory.

This innovative piece of jewellery takes the form of a stylised comet. The planished silver disk unscrews, opening to a compartment within which a sponge can be held. The idea being that this allows the wearer to soak the sponge in their favourite perfume so that they can have its aroma, without the risk to delicate fabrics being marked or stained or the scent permeating, tainting and lingering-long on an item of clothing. Effectively the clip is a kind of wearable “vinaigrette”, updated for the 20th Century! 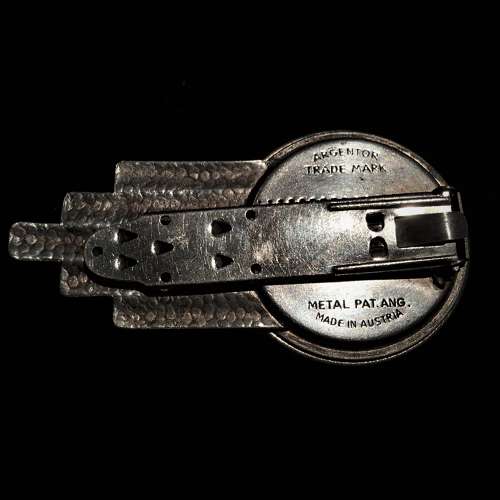 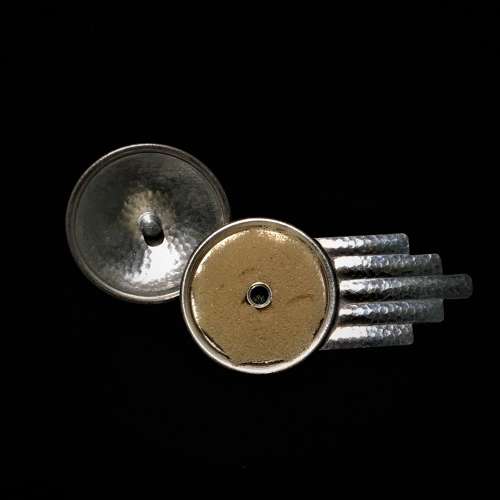 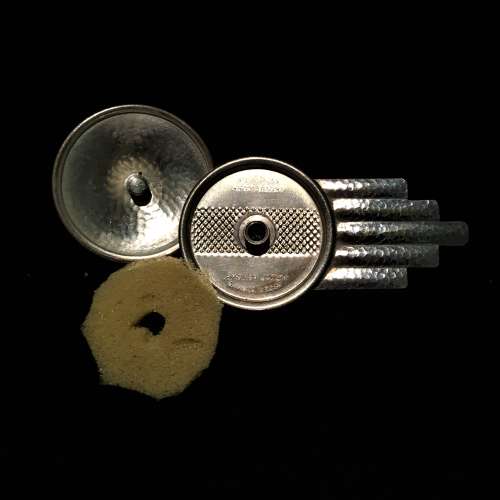