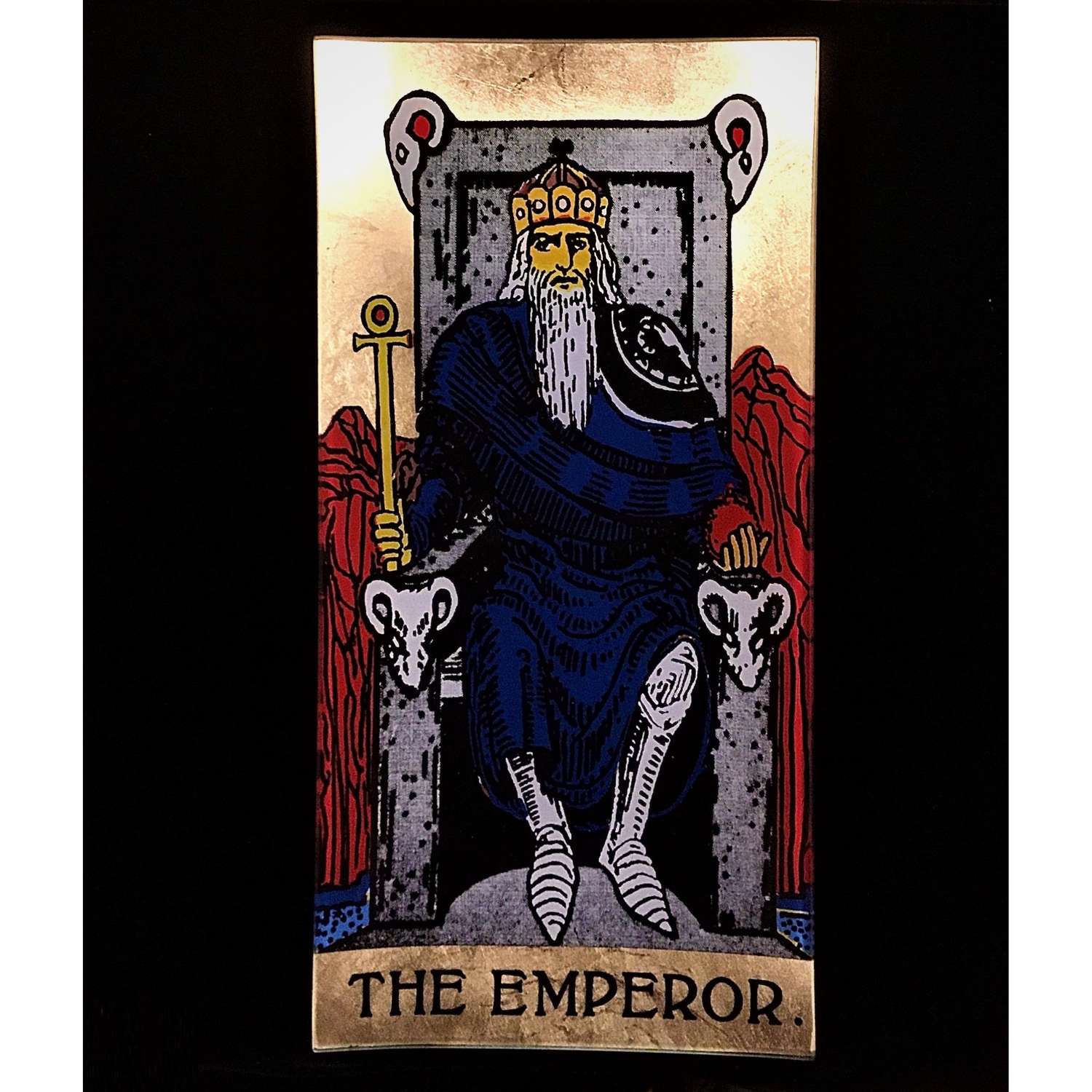 The glass, reverse printed in coloured enamels and back gilded with an image of "The Emperor" from the standard early 20th Century, Rider-Waite Tarot Deck.

The card is the IV (forth) of the Trump Cards of the "Major Arcana", associated with positive symbolism and connotations of benign figures of earthly power. An unusual and very cool object. 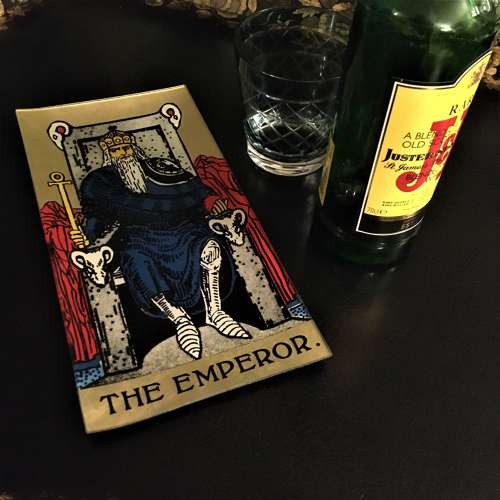