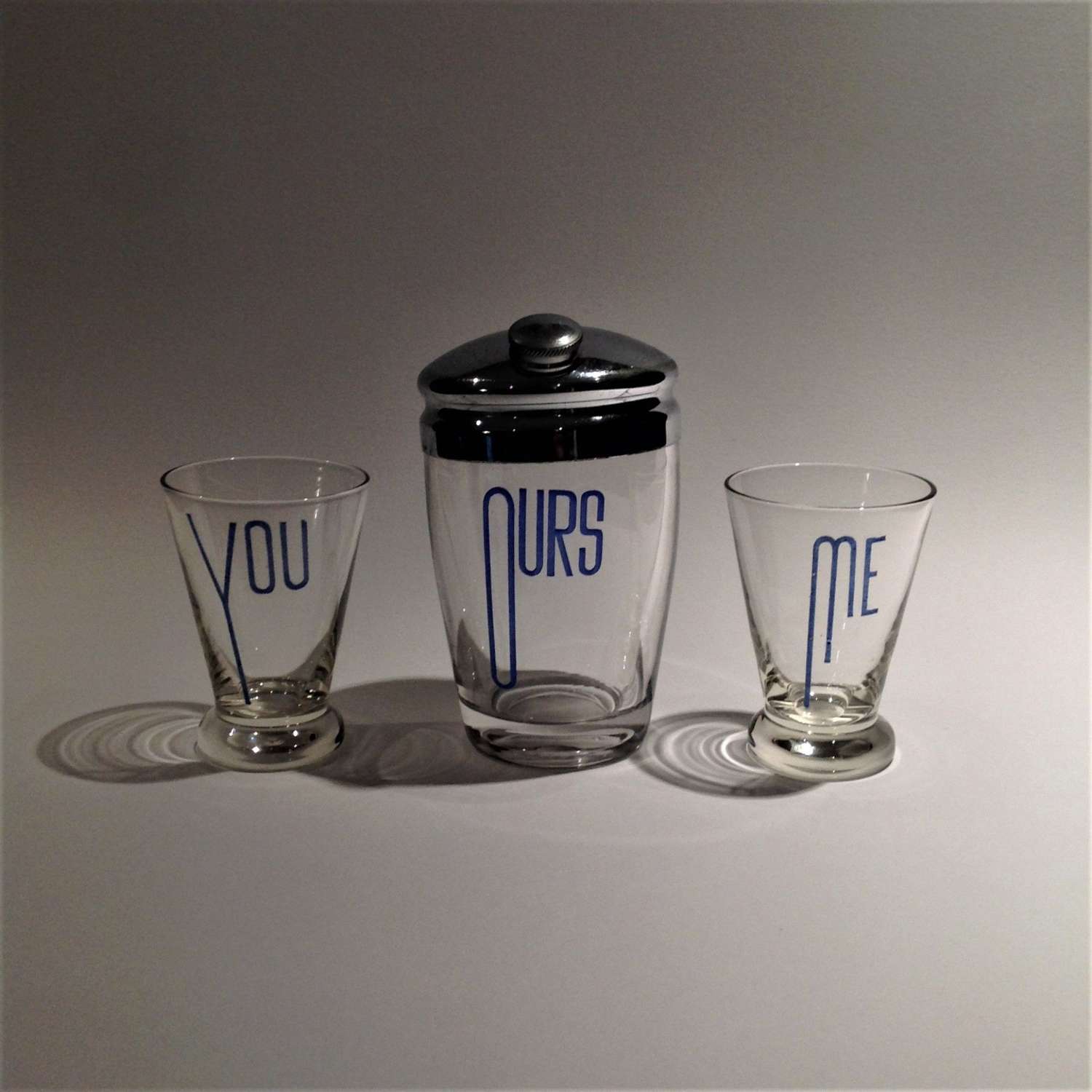 These charming cocktail sets were retailed between the mid-1930s and early-1950's. With their delightful small drinking glasses, lettered "You" and "Me", and an en suite ½-pint (around 12-ounce) cocktail shaker, lettered "Ours", they were specifically designed for couples. They are sometimes referred to as "Honeymoon Cocktail Sets" or as the "Intimate Cocktail Set For Two"

A similar set appears in the 1936, Marshall Field & Co, "Fashions of the Hour" catalogue where it is described as:

"The giddy little cocktail set [which] comes in clear or frosted glass. The shaker, “Ours", which holds ½-pint , and the glasses “Me" and "You" are cheerily lettered in red or blue."

Another almost identical trio is illustrated in the "Shopping Around" gift section, on p.67 of the September 1947 US Edition of "House & Garden" magazine [see images].  In the same year the sets were also endorsed by the gift reviewers of Harper's Bazaar, Esquire and The New Yorker.

A lovely vintage gift for a couple. 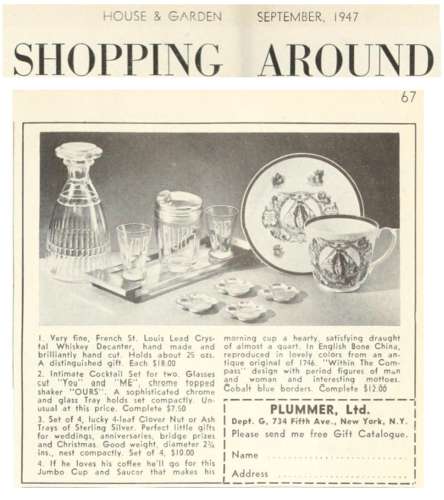 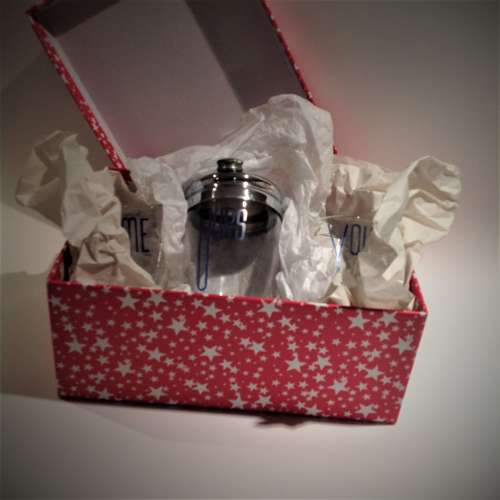