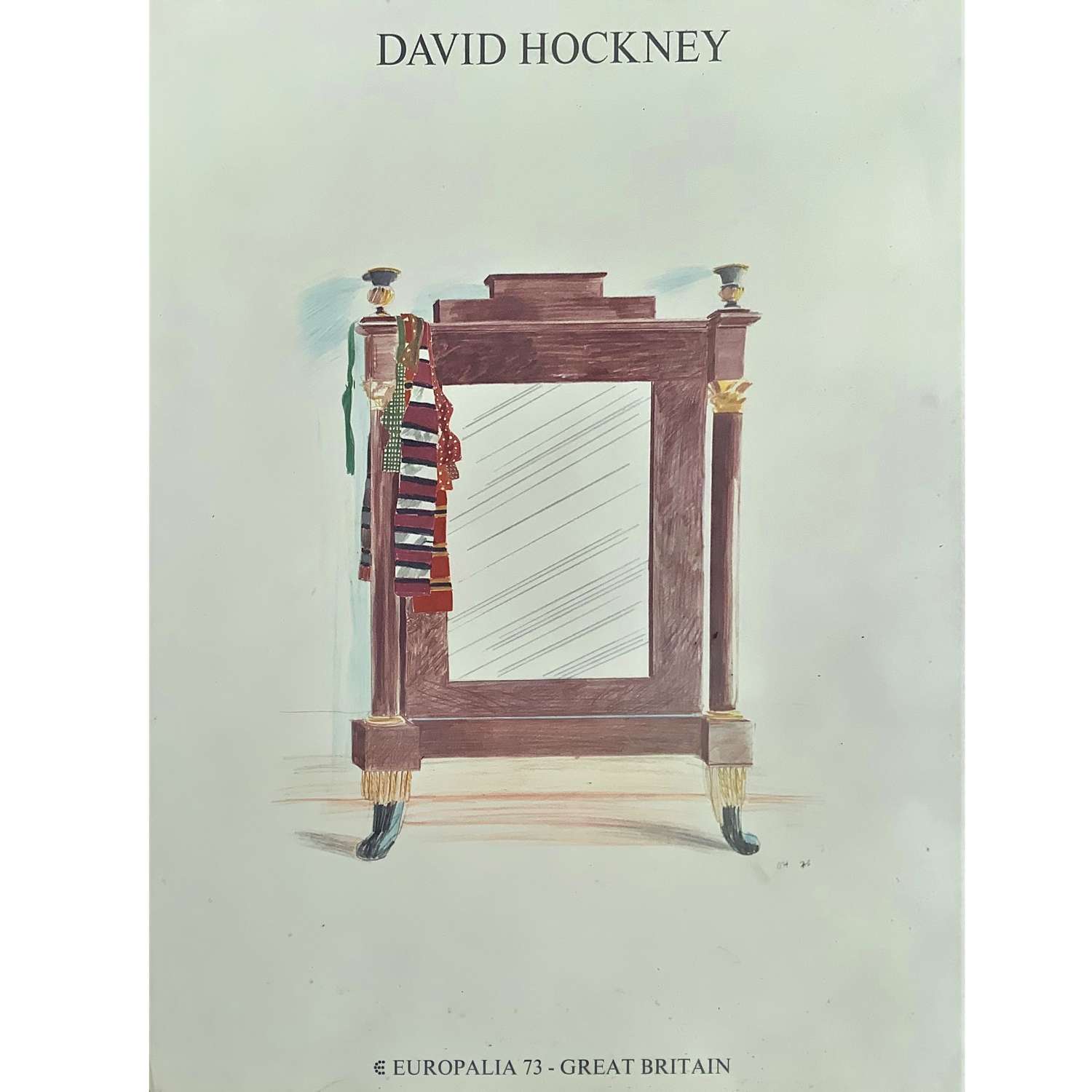 An original poster as issued to advertise the 'Europalia' Arts Festival (a biennial event which takes place in Brussels to promote the arts, heritage and culture of an invited European nation).

In 1973 the event, which ran from 28 September to 3 November, set out to showcase the cultural life of Great Britain, and was designed to especially commemorate the UK's new membership of the European Community (Common Market). A number of contemporary British artists were showcased during the event, Hockney in particular.

The image used for the poster is Hockney's drawing "Mirror, Casa Santini, Lucca" which shows a neoclassical (French or Italian) European Empire Period mirror; a number of the artist's signature bow ties hang to one side. The choice of image, of a fine European antique, drawn while the artist was staying in Italy, seems to form a clever visual pun 'reflecting' on the UK's new 'ties' to Europe.

Catalogue Raisonné:
Brian Baggot, "Off the Wall: Hockney Posters", No.54 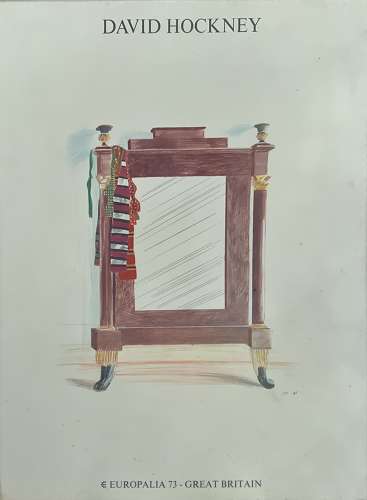