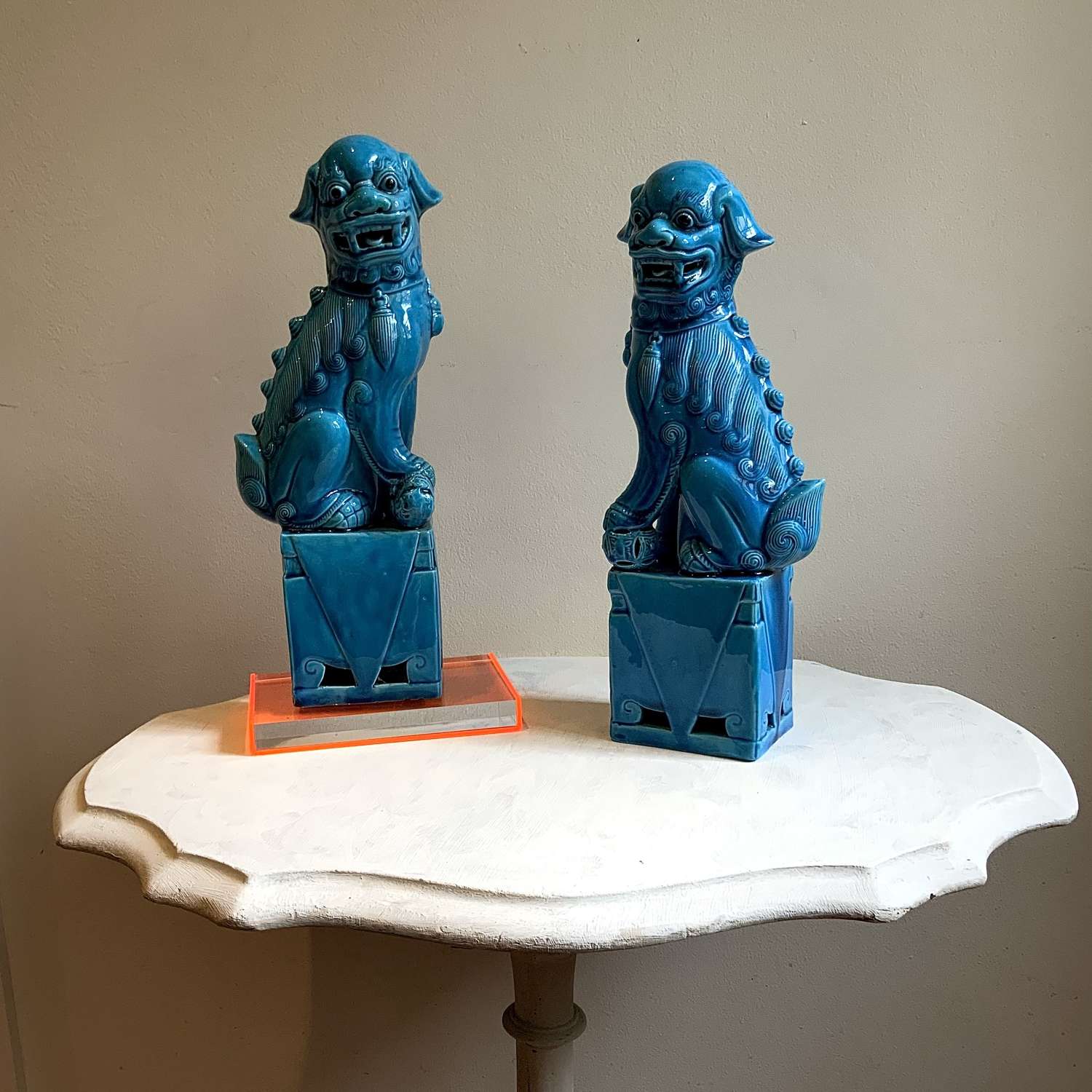 A good pair of Chinese foo dog statuettes. Moulded from biscuit porcelain,  standing on raised geometric bases. One depicted with a ball under its foot (the male, on the right), the other with a cub (the female, to the left).

As well as being highly decorative, in Chinese Buddhism such figures were believed to have mythical protective powers to ward off harmful spirits.

Each moulded with numbers to the base. Good condition, minor retouched frit to the nose of the female.