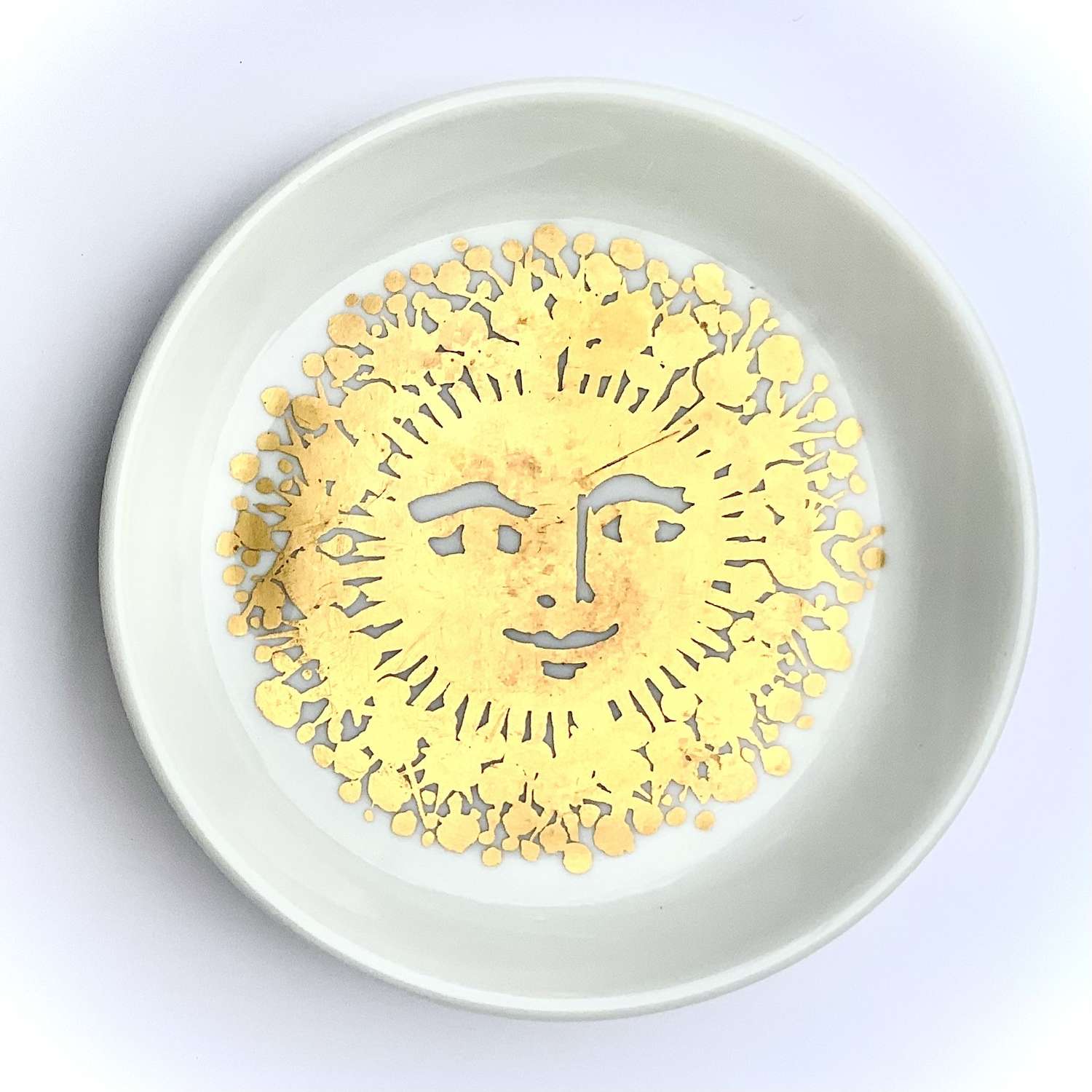 A small white bone china dish or ashtray, the centre gilded with a smiling faced 'sun'. Designed by Klaus Friedeberger for the General Trading Company "GTC" to mark their 50th anniversary in 1970.

The GTC, based just off Sloane Square, was a boutique home store which traded from 1920 until 2008. It was celebrated for its famously elegant clients and, in the 1970's, was widely seen as one of London's most fashionable shops and meeting places. This interesting object, dating to the heyday of the GTC, was designed by German-Australian émigré artist Klaus Friedeberger to mark the firm's 50th anniversary (their 'Golden Jubilee'). The gilt sun face motif is very evocative of the era in which it was made. At this time Friedeberger, more famed as an abstract painter and printmaker, was working as a graphic designer in London, as well as being represented by Annely Juda's 'Hamilton Galleries' in George Street, Hanover Square. 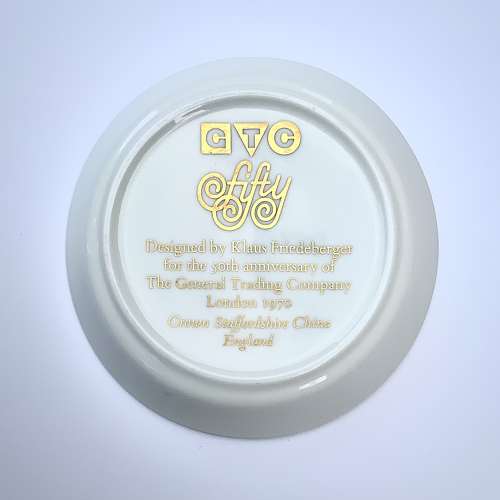