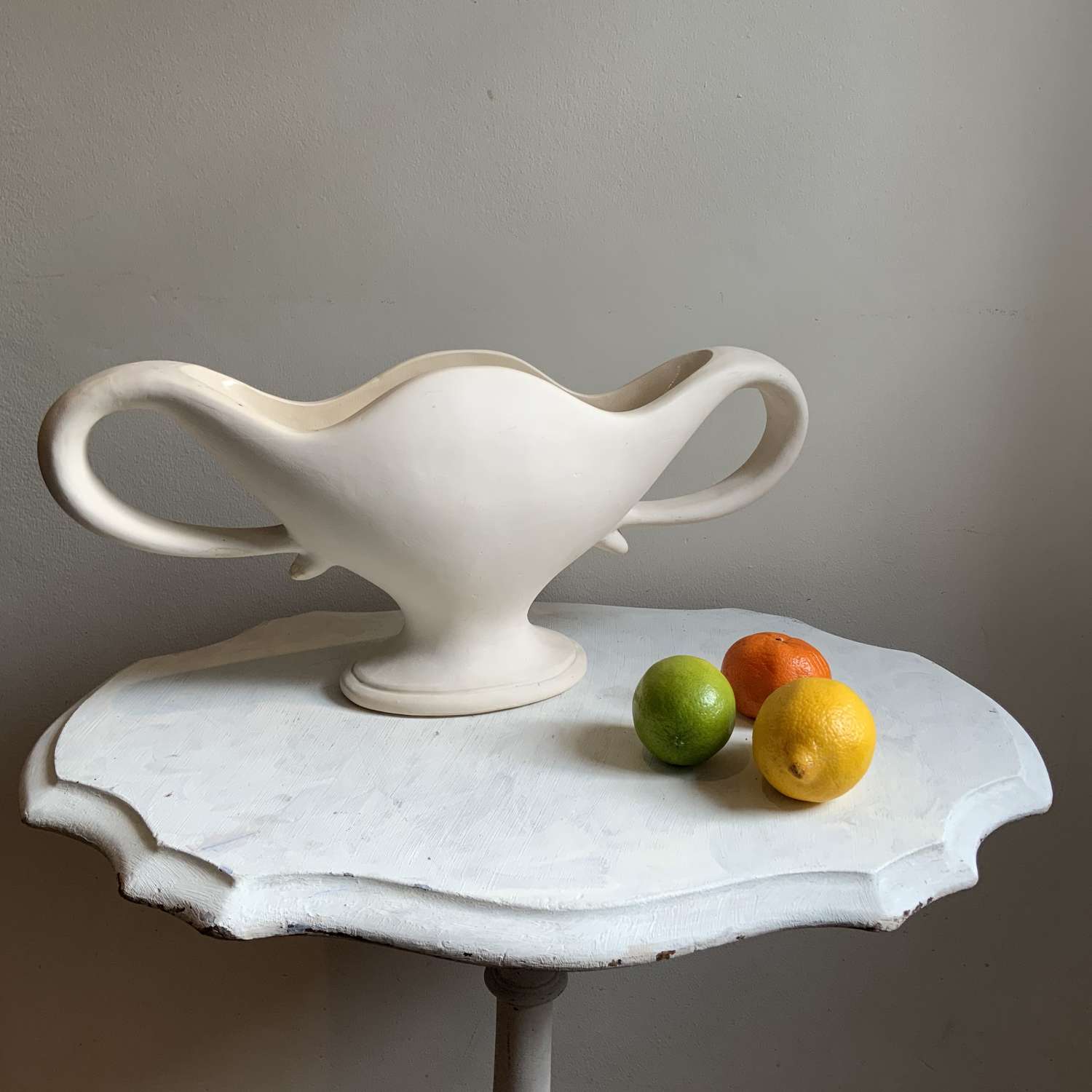 The base with various impressed marks: "The Pottery, Fulham, London" / "Made in England" & "1" (within a semicircle). Plus the incised pattern number FMA.2. (Being 'F' for Fulham, 'M' for Marriner, 'A' for the pattern and '2' for the 2nd largest size in this pattern).

Fulham Pottery had been making various mantle vases in a range designed by Constance Spry but began to make their own additional designs which could be retailed alongside these. This pattern, in a particularly curvaceous neoclassical shape with a swooping profile and swan neck handles, became a best-seller. It was designed by one of the longest-serving Fulham Pottery workers William John Marriner (1881-1967).

The unglazed Fulham Pottery body, in what they referred to as "Alber Ware" (for its whiteness) followed Constance Spry's idea that vases shouldn't detract from flower arrangements but could, if so desired, be painted to fit in with a room's colour scheme. This idea was also well suited to the modernist Art Deco white interiors promoted by Syrie Maugham (Constance Spry's friend, colleague and collaborator). The design also has a hint of 'Surrealism' about it - an artistic style also much in vogue at the time.

In good condition. A few slight handling marks. Slight rusty discolouration to beneath one handle. A few customary manufacturering faults. Fine craquelure to the interior glaze, commensurate with age. 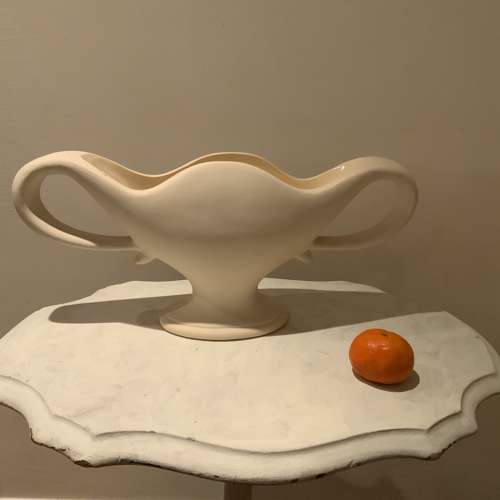 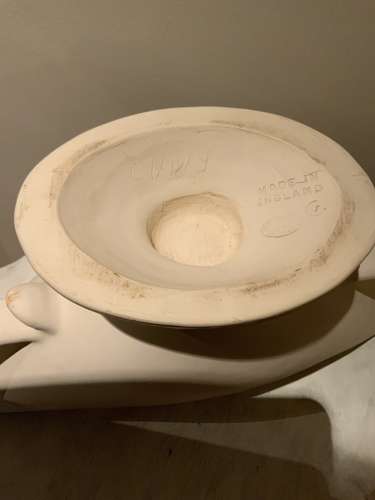 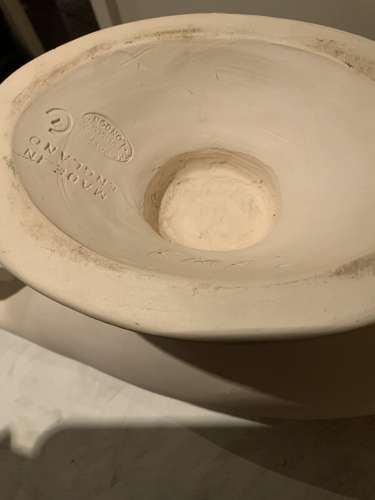