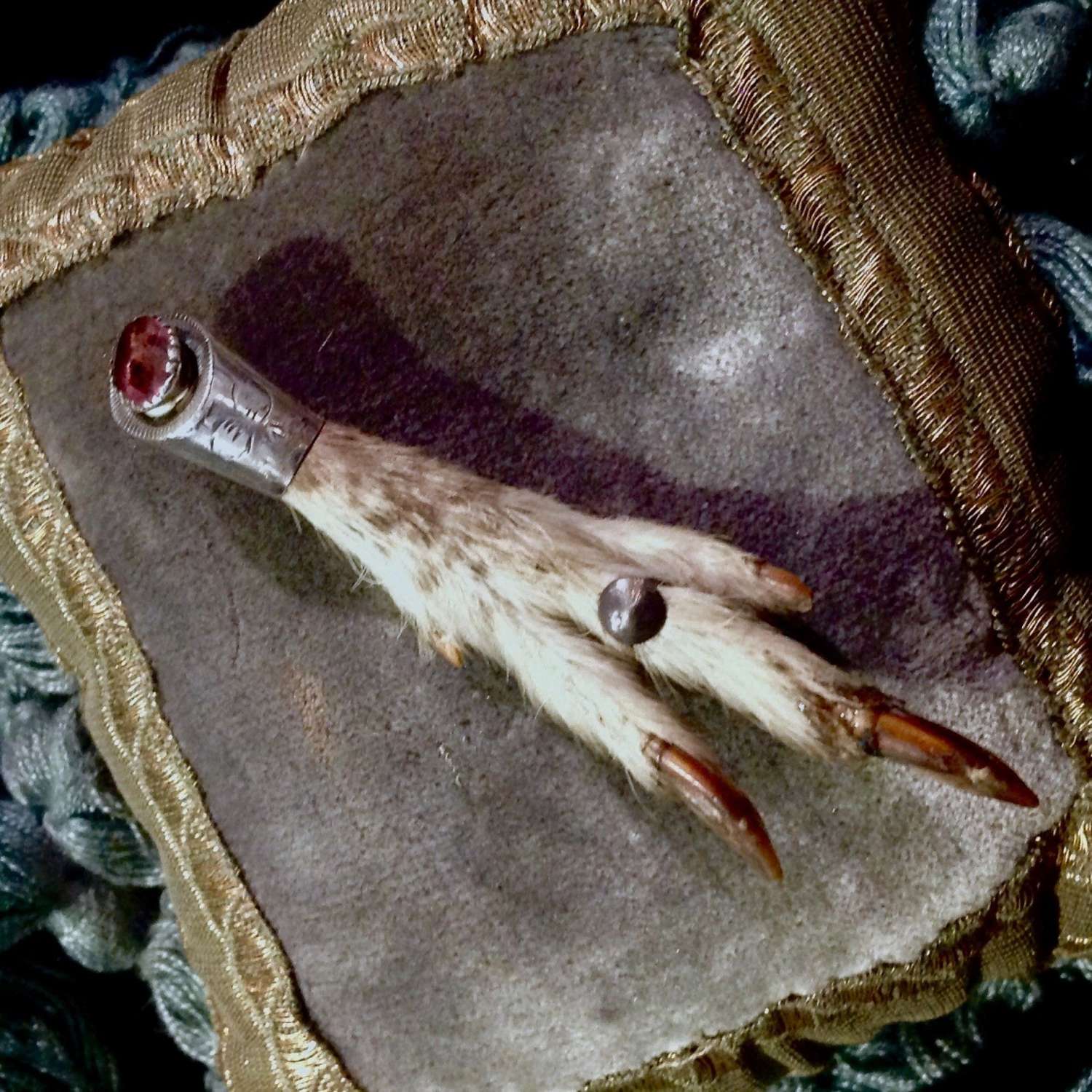 What could be more romantic than to show affection to a loved one by giving them a taxidermied bird foot?

Examples of grouse and ptarmigan foot shawl-pins appear as early as the 1800s. The wearing of them is associated with skill and good fortune in hunting. There was a resurgence of interest in these items with the revival of Highland-dress during the Victorian era.

They were worn by both men and women on kilts, shawls, sashes and cloaks and given as a sign of affection or worn as lucky charms. As well as gem-set examples some were engraved on the silver pin with the word "Mizpah", which translates as "Watchtower" in Hebrew, and can be interpreted as meaning "May God watch over you wherever you are". Traditionally, the claws are worn facing down for a pin on a gentleman’s kilt and upwards for a brooch worn by a lady. There is a convention that, when placed as a pin on a kilt, they must be two pattern squares over and up from the edge of the plaid fabric. 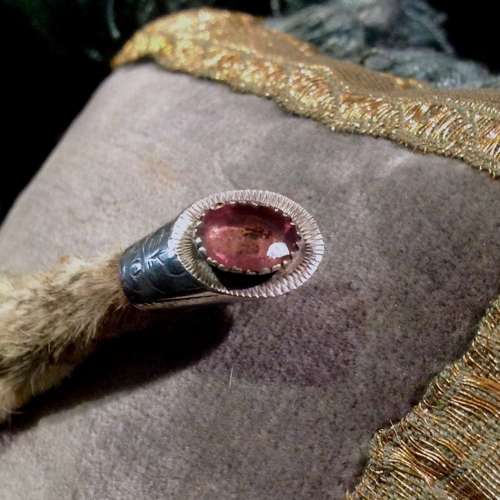