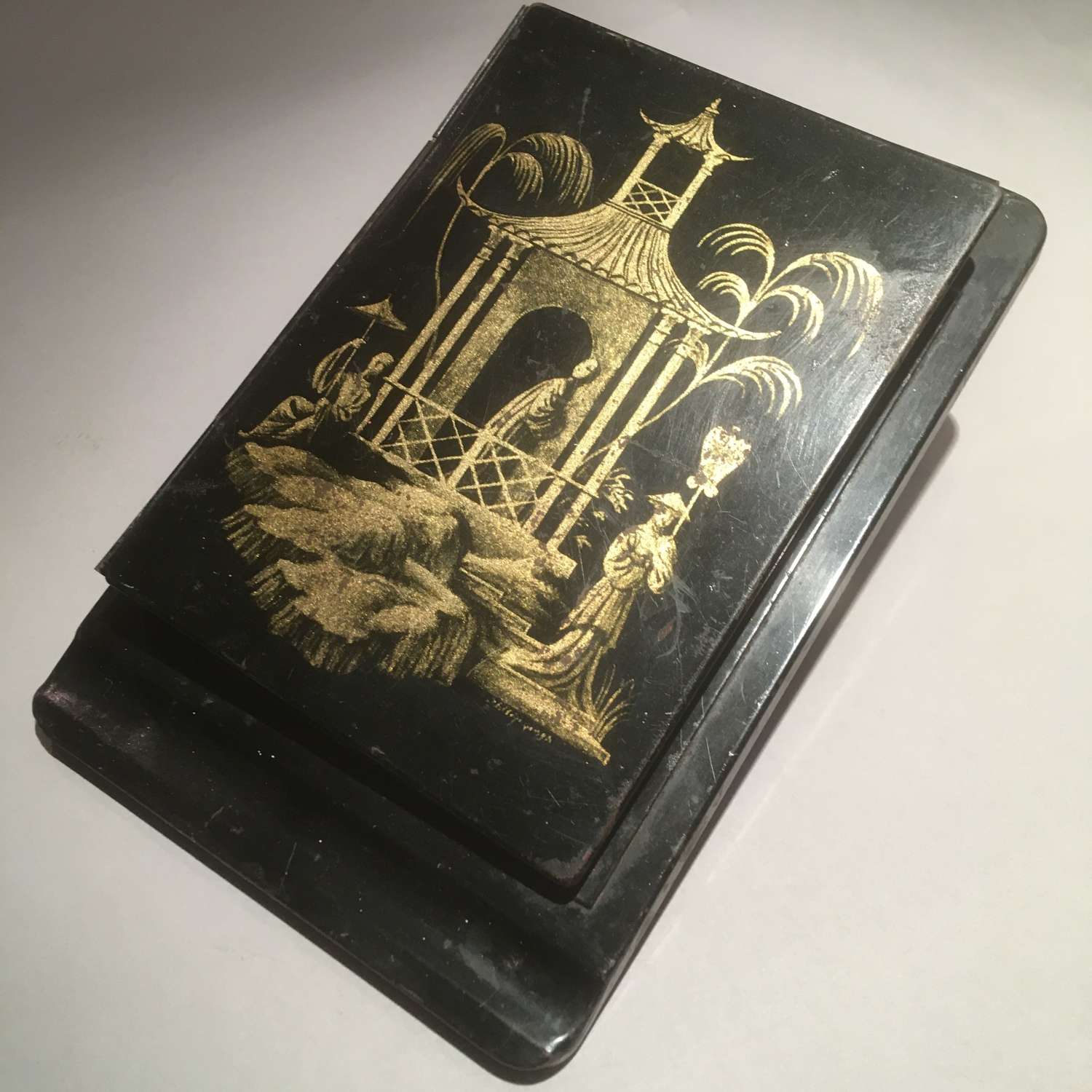 A very unusual tôle telephone notepad holder. The hinged cover illustrated with a gold printed chinoiserie picture, illustrated by Philip Gough. Printed signature "Philip Gough" lower right (within the image). Marked "Made in Great Britain" within (towards the hinged cover). Possibly made by Worcester Ware, England. An interesting item which encapsulates many aspects of glamourous society in the postwar era.

Philip Henry Cyril Gough (1908-1987) was born in Warrington, Lancashire. He went on to study at Liverpool School of Art and then Chelsea School of Art. In 1937 he illustrated the notorious book "​For Your Convenience" [George Routledge & Sons Ltd, London, 1937] (now viewed as the first 'gay guide' to London, with the earliest printed map of the city’s ​‘cottages’ (public lavatories)).

Gough also designed for the stage, he produced the designs for the scenery and costumes for original performance of Toad of Toad Hall at the Playhouse Theatre, Liverpool in 1929 and went on to work on some twenty-five theatrical productions in London (the V&A hold his designs for costumes for 1950's productions of "Wild Grow the Heathers" and "The Two Bouquets"). However, he is probably best known for his prolific book illustrations.

Like many of his contemporaries (especially Rex Whistler) Gough had a great love for the late eighteenth and early nineteenth centuries, and the Regency period in particular. He produced a number of covers for the famous Saturday Books and those for the Jane Austen series published by Macdonald in the late 1940's/early 1950's. He designed a number of dust jackets for Georgette Heyer’s 'Regency' novels and several historical children's books. The TLS commented [10 November 1961] "Mr. Gough has shown himself a student of the Regency period, and many sound critics have judged him to have succeeded in conveying the subtlety of Jane Austen’s satiric humour." 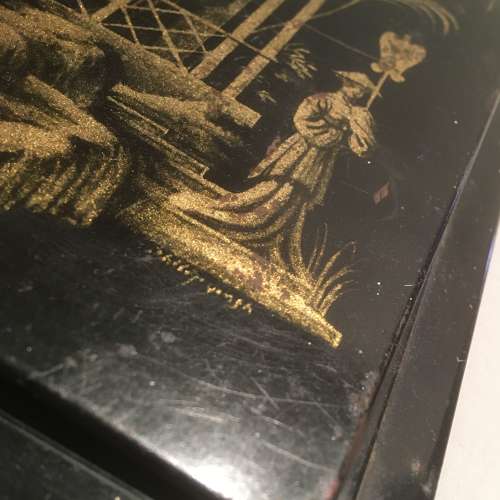 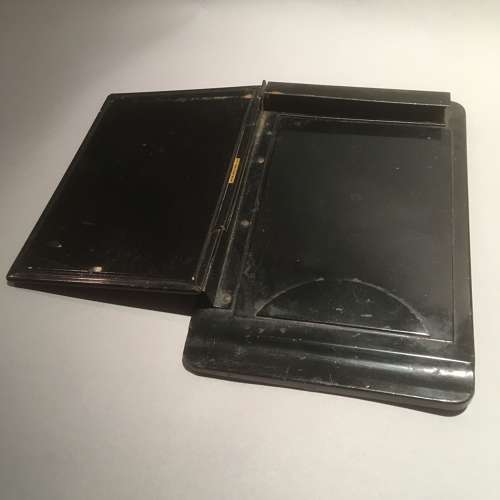 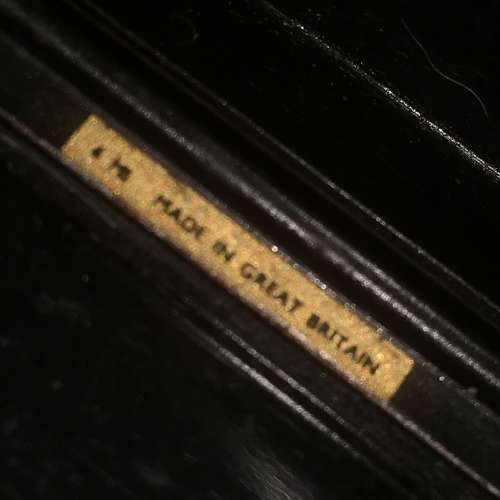