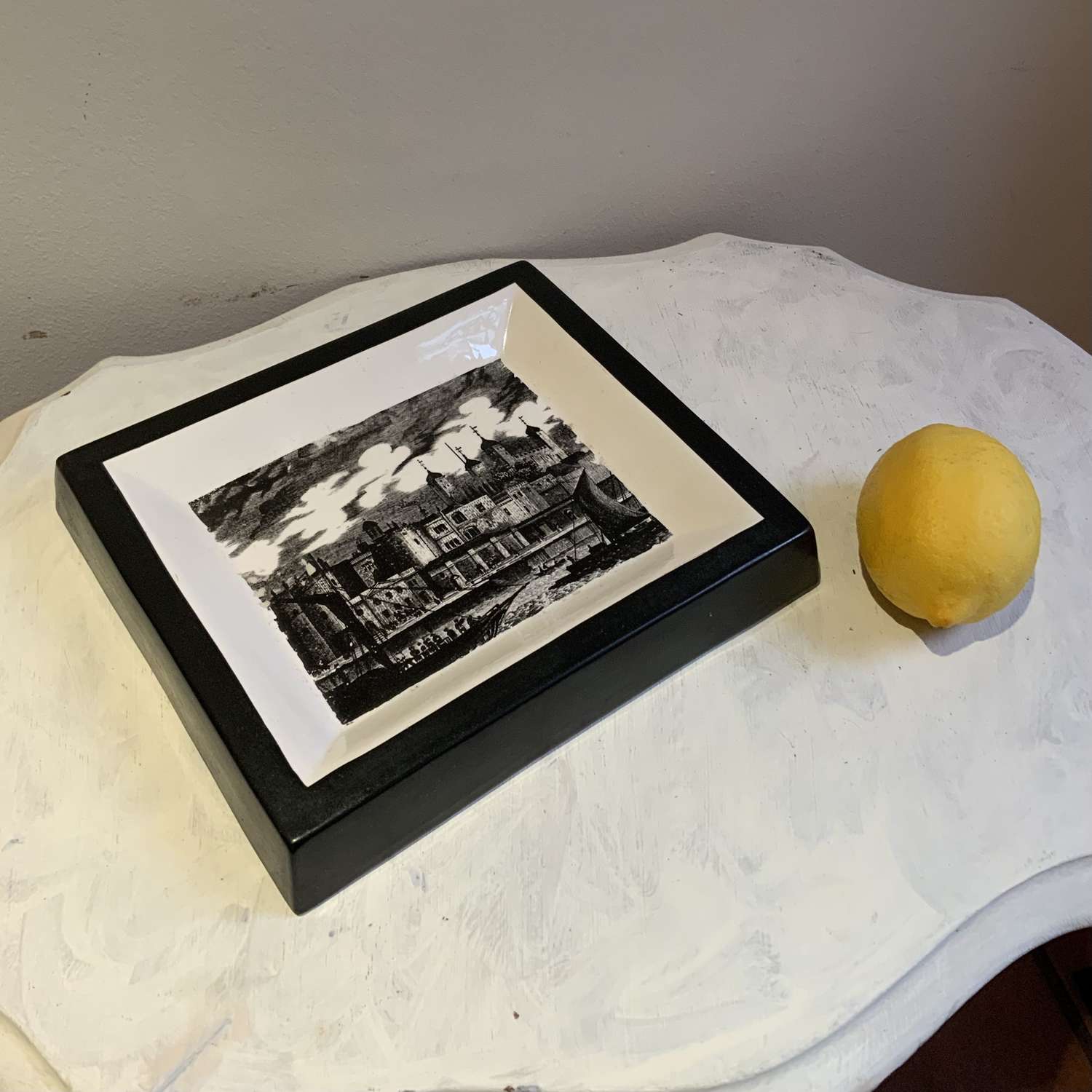 "London Prints" was a range originally made by Gray's Pottery which Susan Williams-Ellis continued with after she purchased the factory in 1960 to form "Portmeirion".  The "London Prints" items were still being advertised in 1964 but a short while later these where discontinued. The dish here has a printed date of "9/63" indicating a September 1963 firing.

The traditional prints used as the basis of these items are given a modern slant when twinned with bold glazes (here a bold black and white is used). There are many parralels between the fun and frivolity of the cermic items designed by Susan Williams-Ellis (1918-2007) for "Portmeirion" and items made in the 1960's by her near contemporary Piero Fornasetti (1913-1988).

Good condition. Very fine craquelure to the glaze as usual and expected. 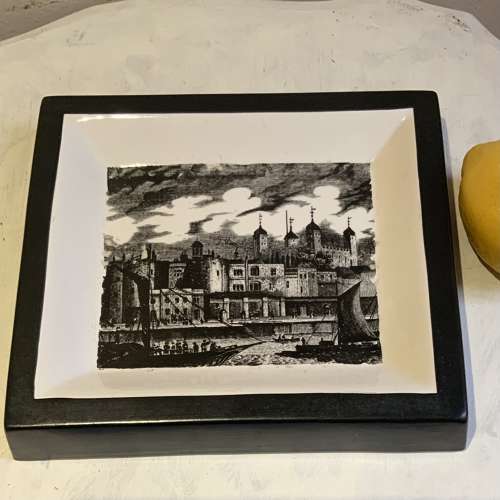 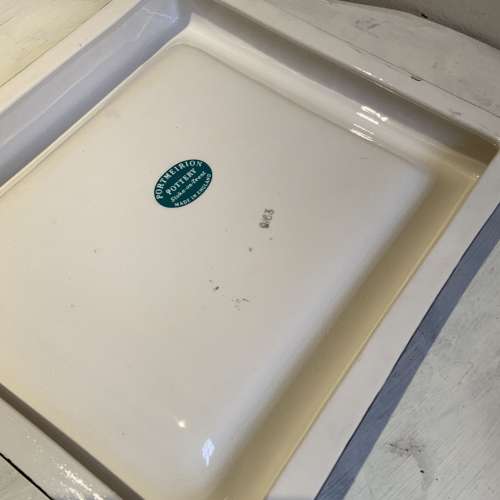