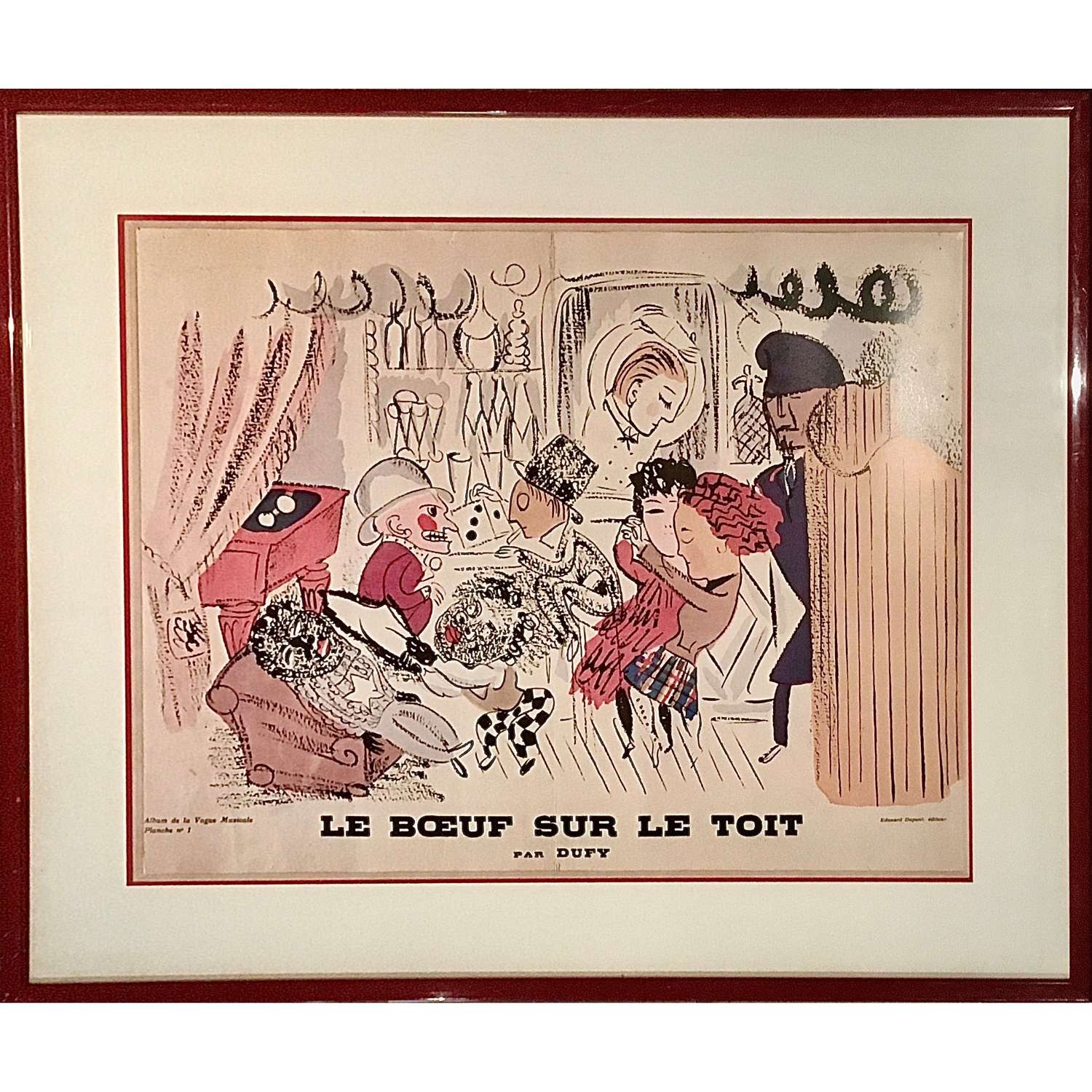 An image after an original by Raoul Dufy (1877-1953) depicting a scene from the celebrated avant-garde ballet "Le Bœuf sur le toit" (The Ox on The Roof) written and staged by Jean Cocteau (1889-1963) in Paris in 1920. The ballet, for which the dancers wore giant painted papier-mâché heads, was an extraordinary satire of Parisian underworld subculture and was set in a fictional bar which gave its name to the production. In due course a celebrated Parisian café/cabaret-bar Le Bœuf sur le toit opened in 1921 (named after its fictional counterpart) which became a meeting-place for Cocteau and his associates and was originally located at 28 rue Boissy d'Anglas, near the Place de la Concorde.

This image of Raoul Dufy's illustration of one of the key scenes of Jean Cocteau's ballet originally appeared as Planche n° 1 (Print No.1) in the Album de la Vogue Musicale, published by Edouard Dupont. A similar lithograph hung on the wall of the real Le Boeuf sur le Toit in the 1920's.

Beautifully presented, triple mounted with a red insert all within in a red lacquered frame. 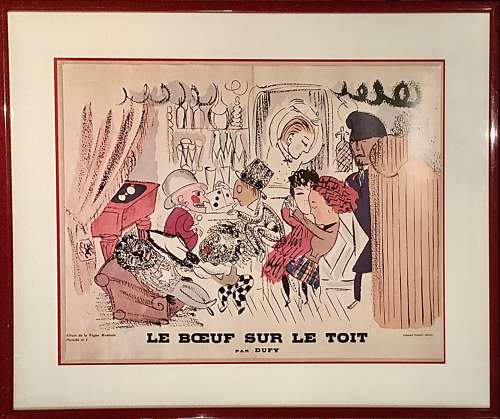