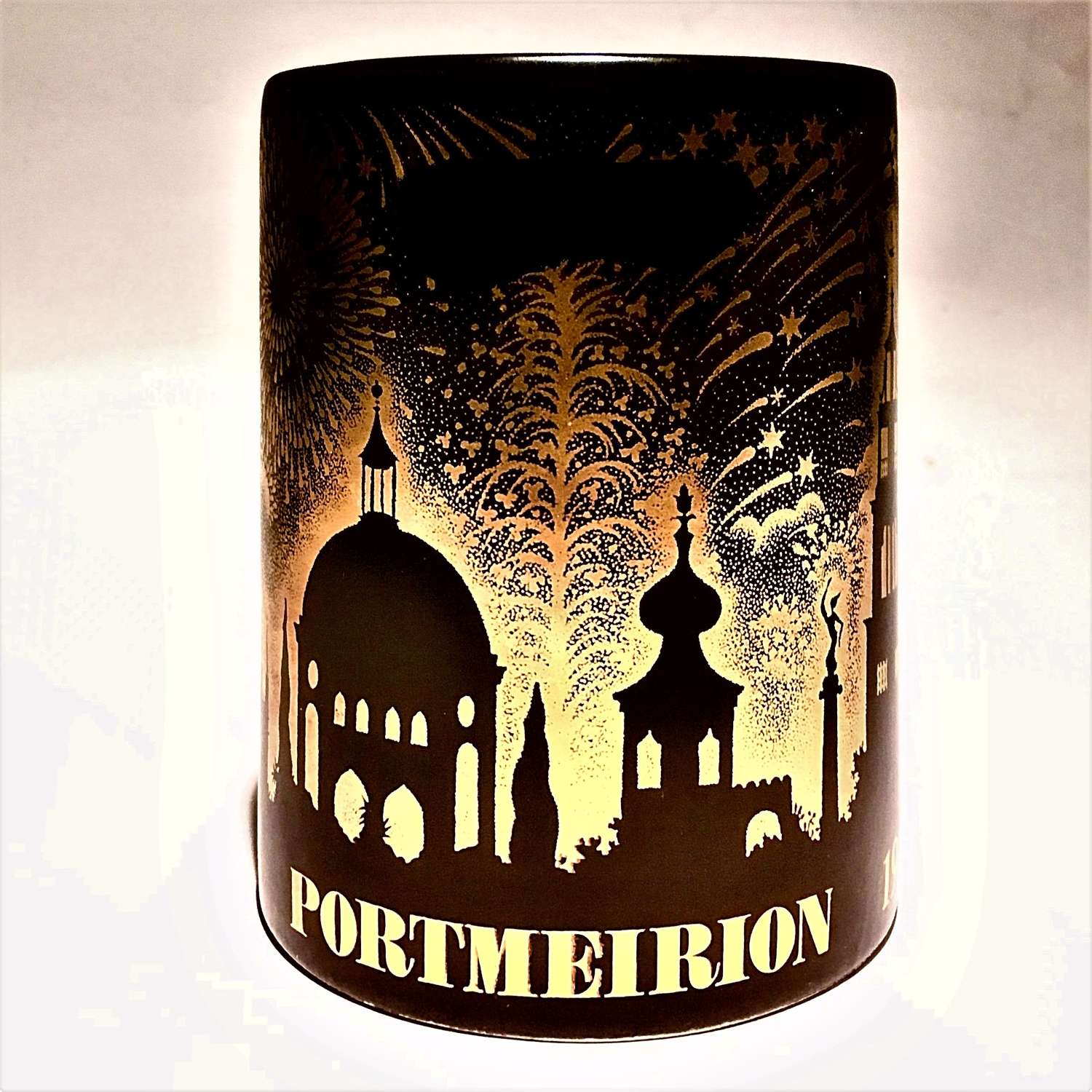 Decorated with print in gilt of a firework display silhouetting the main landmarks of Portmeirion Village with the text "1926  PORTMEIRION  1976". Marked beneath "Portmeirion" "Golden Jubilee" "From an engraved glass by Lawrence Whistler" [sic].

The basis of the design was a goblet engraved for Portmeirion's 40th anniversary in 1966 by Sir Laurence Whistler, the pioneering master of glass engraving revival. The original stipple engraved goblet was presented to Clough Williams-Ellis and displayed as one of Portmeirion's treasures in the village's main hotel. Sadly it was lost, along with much of the building's historic interior, in a devastating fire on 5 June 1981. The building was restored but these interesting mugs are the only reminder of Laurence Whistler's original commemorative piece. 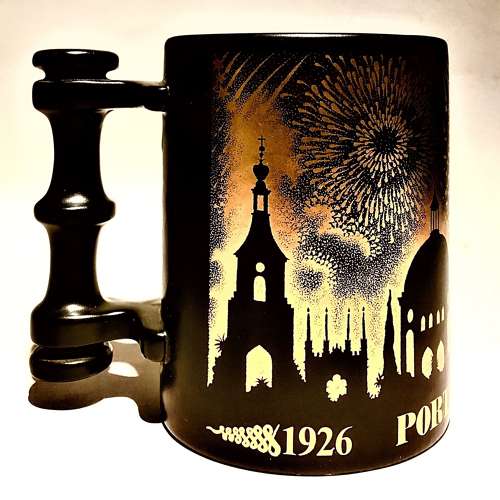 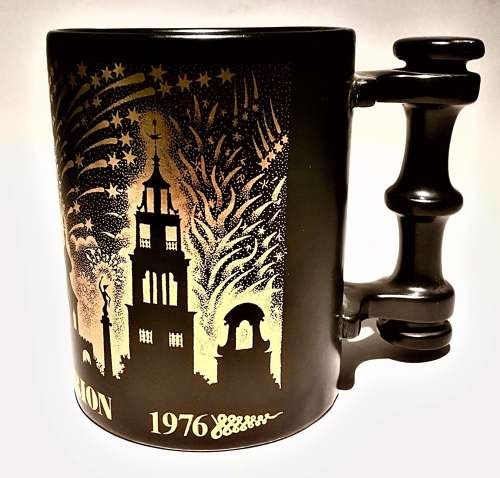 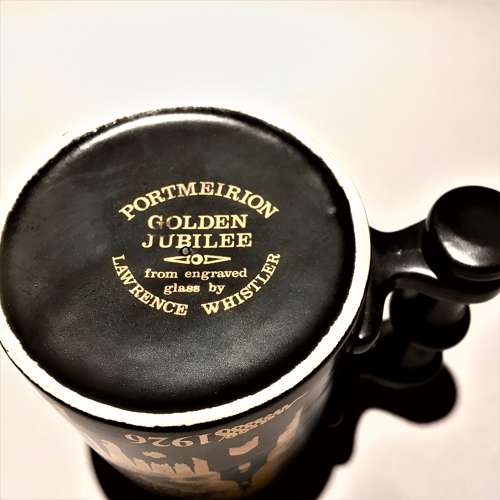