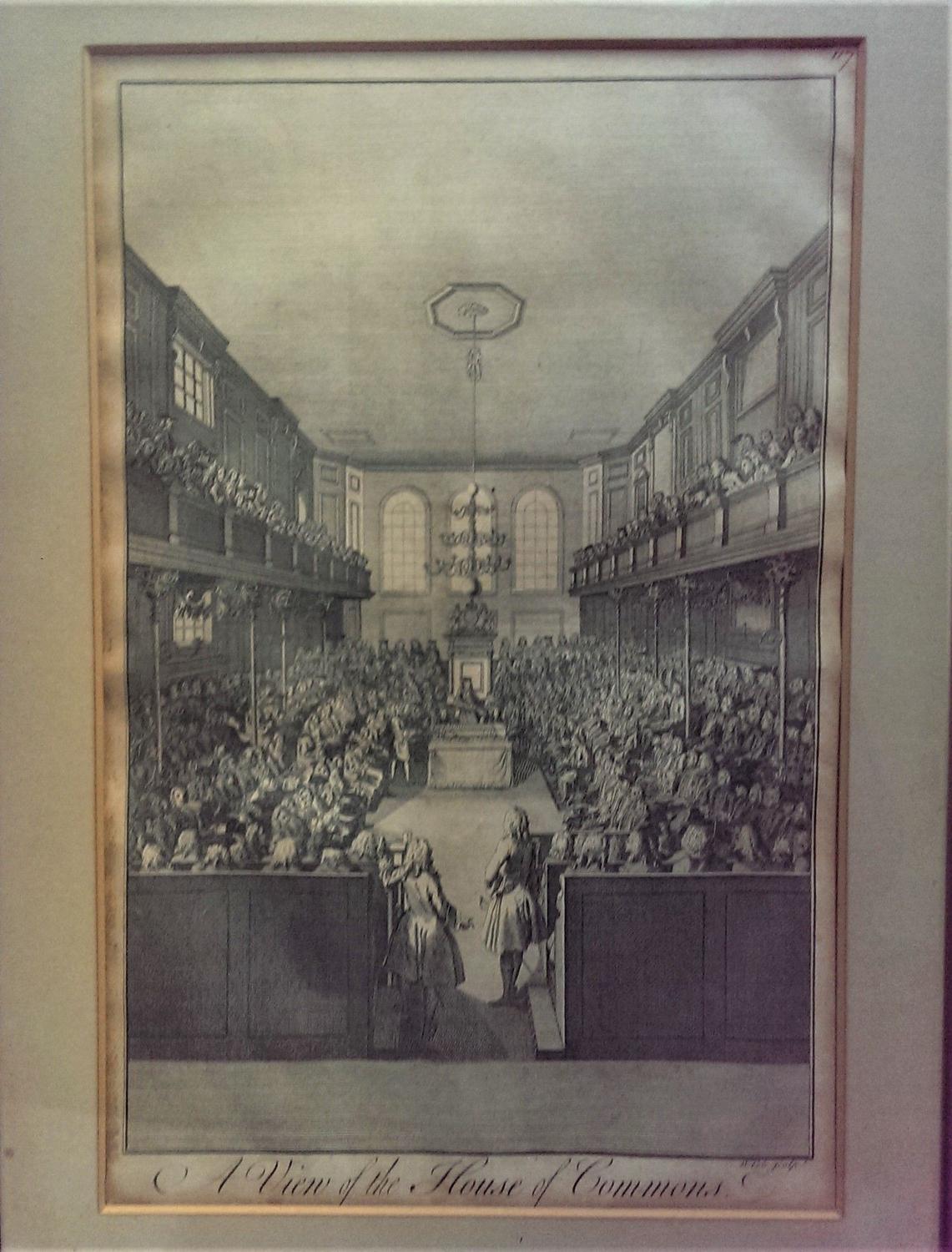 "A View of the House of Commons"

"A View of the House of Commons"

Lettered below the image with the title and 'B. Cole sculpt

This print shows a view of the House of Commons during the 1741-42 Session. At this time the Chapel of St Stephen's was home to the Commons Chamber (and had been since 1547). In 1692 Sir Christopher Wren was commissioned to redesign the interior. He installed the upper galleries for members of the pubic on either side and a false ceiling to improve the acoustics by obscuring the vaulted roof of the chapel.

In this image Members of Parliament sit on either side of the chamber (much as they do today) and Speaker Onslow (whose great tenure of office stretched from 1728-1761) presides over the debate with the Mace laid on the table before him (representing the Head of State, just as it does in today's Commons). The chamber in the form depicted here was totally destroyed by fire during the night of 16 October 1834.

See the accompanying view of The House of Peers (Lords)