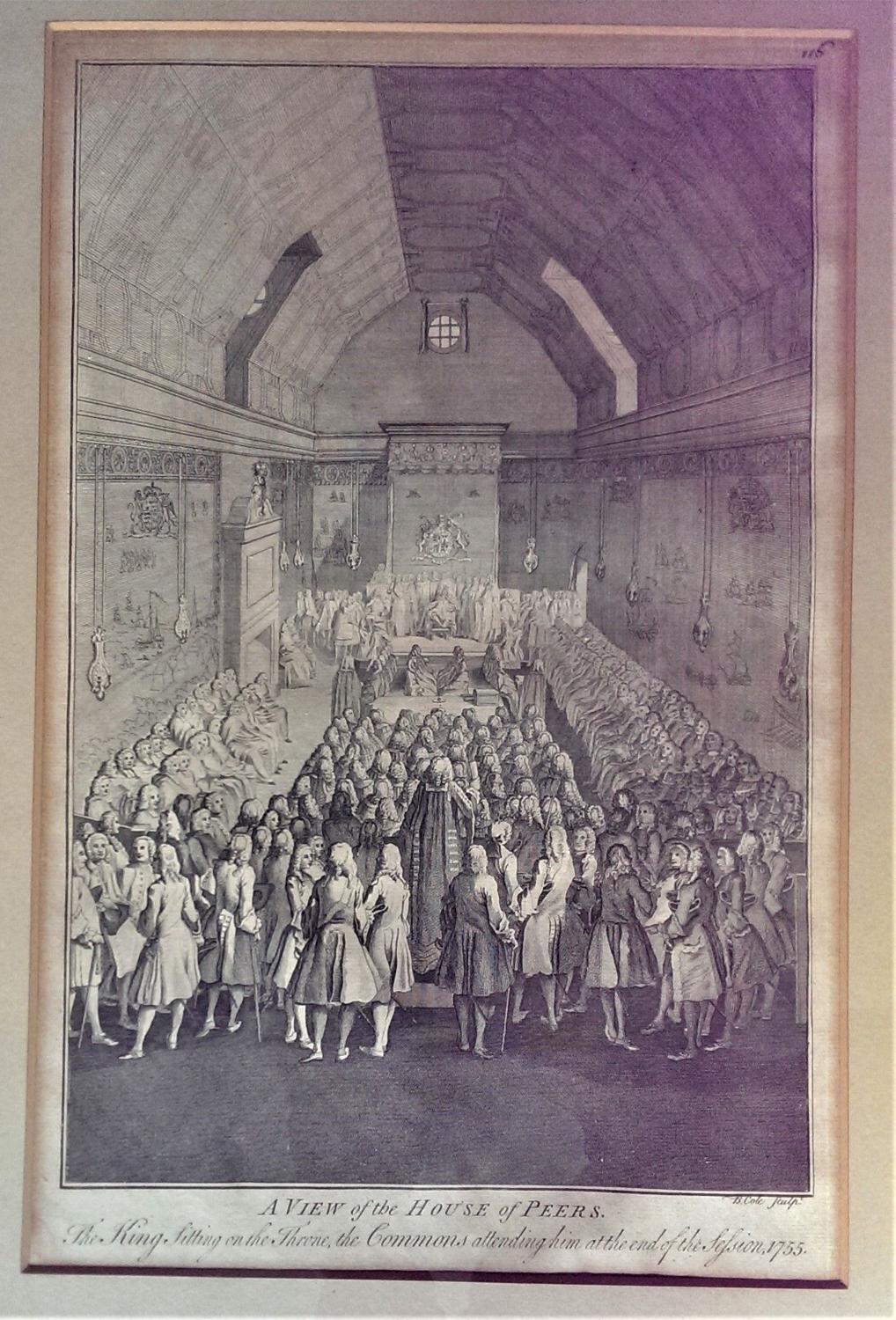 "A View of the House of Peers [Lords]"

"A View of the House of Peers, the King sitting on his Throne, the Commons attending him at the end of ye Session, 1755"

This print shows the interior of the House of Lords in 1755. At the far and of the chamber King George II is seated on a dias beneath a canopy with the royal coat of arms above him. The walls are decorated with murals depicting naval battles and there are a series of sconces for candles. The peers are seeted and standing before the King and the Lord Chancellor (at this time Philip Yorke, 1st Earl of Hardwicke (1690–1764)) stands in his robes raising a scroll towards the middle of the scene (which his  back to the viewer).

Lettered below the image with the title and 'B. Cole sculpt.'.

See the accompanying view of The House of Commons