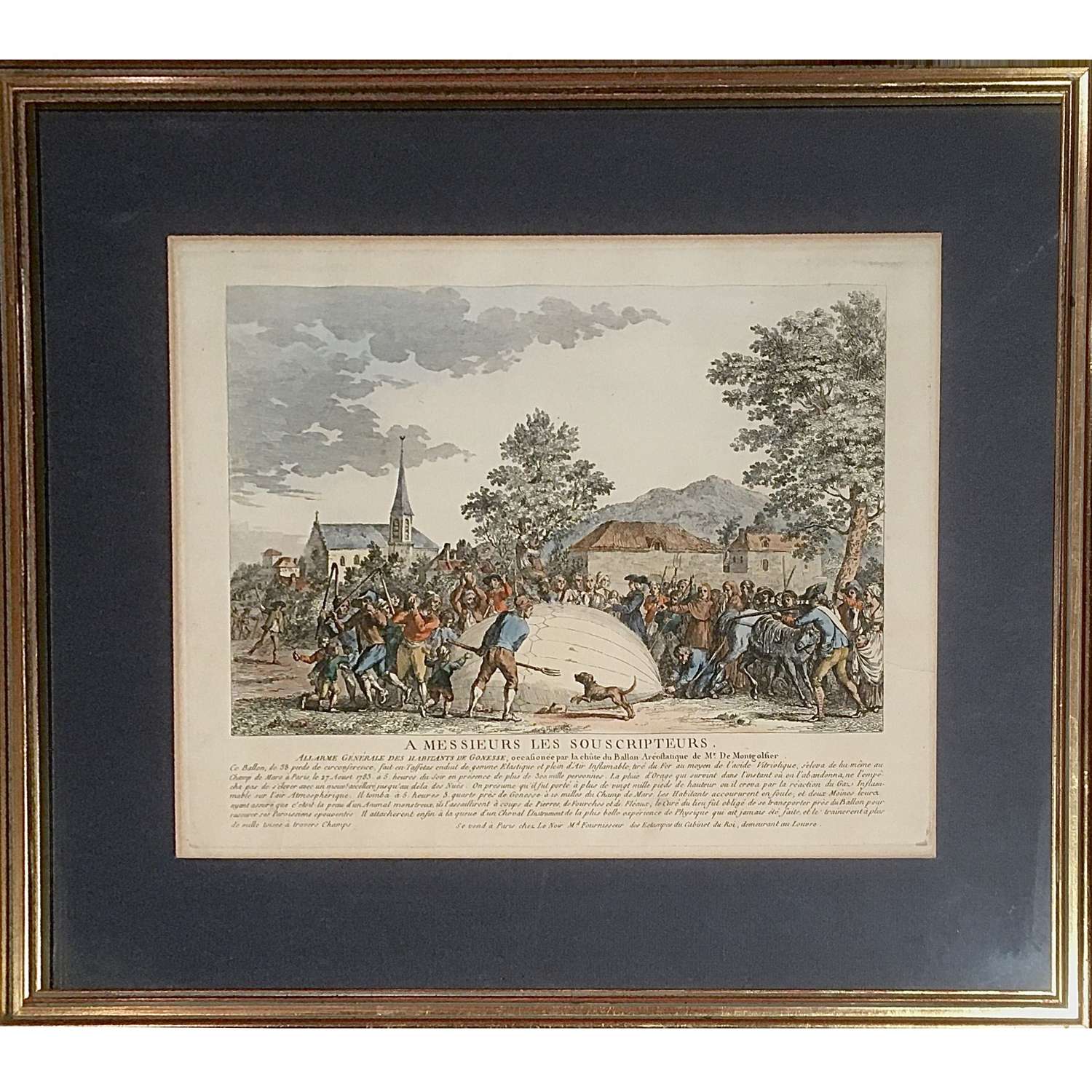 The Robert Brothers' balloon was launched on 27 August 1783 at 5 o'clock in the evening from the Champ-de-Mars in central Paris. A crowd of around 300 persons witnessed the release, amongst whom was Benjamin Franklin (the first "American Minister" (U.S. Ambassador to France)). The balloon flew north for 45 minutes and landed about 20 kms away, outside the small village of Gonesse. Here its descent and landing terrified the local peasants, who feared it was some kind of monster. They proceeded to attack it and then dragged it behind a horse, finally tearing the silk to pieces. 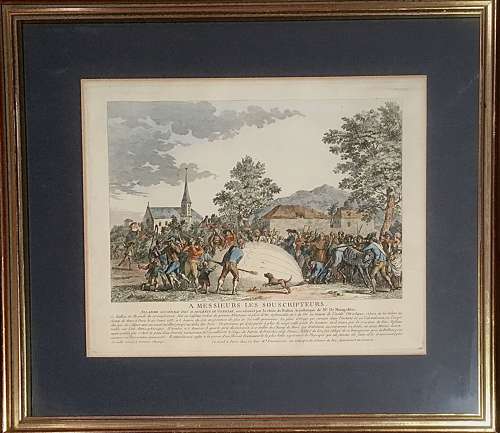 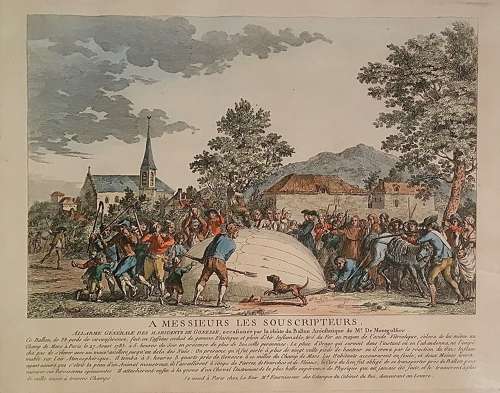