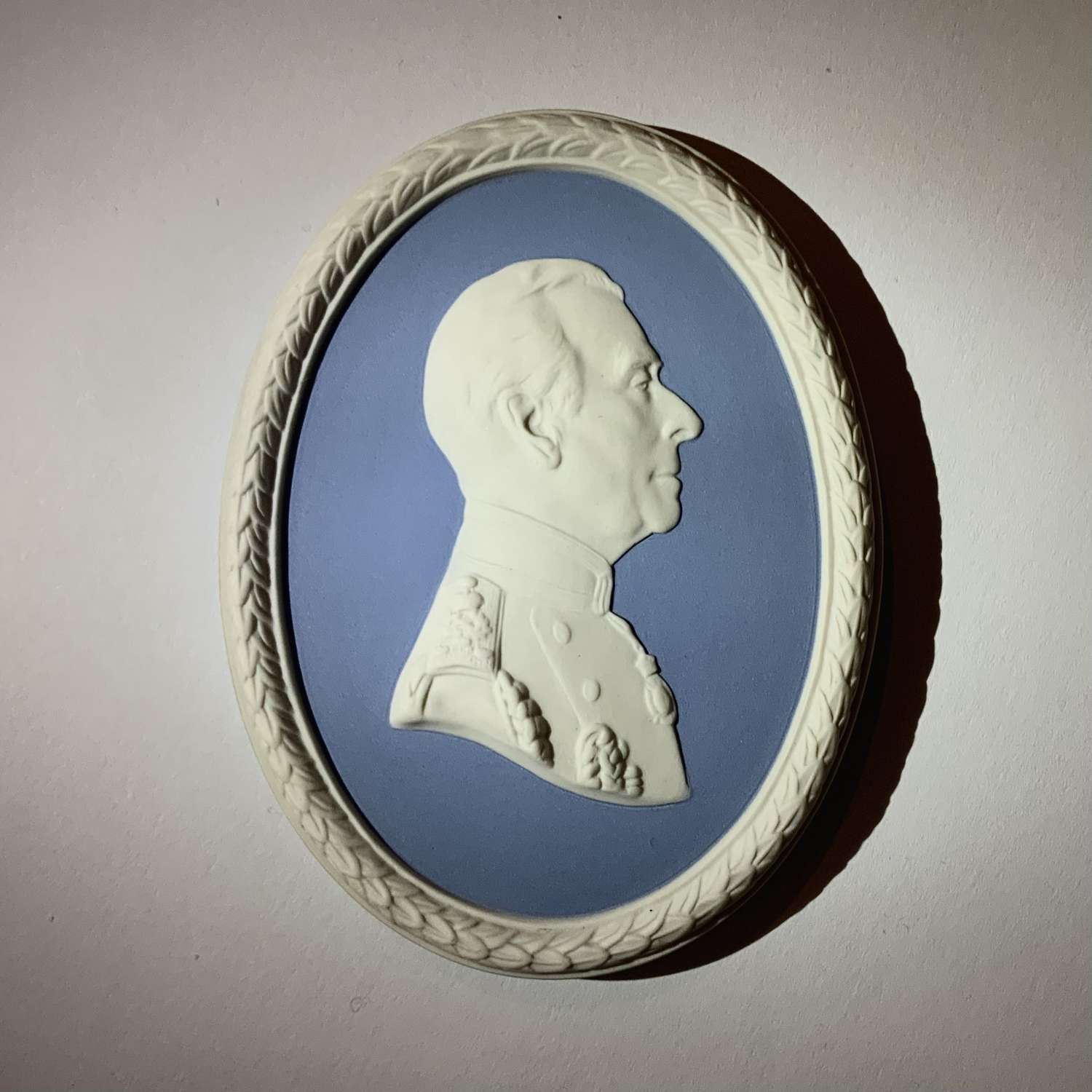 Issued in a limited edition of 750 (this being No.472) in the year before Mountbatten's assassination by the I.R.A.. Retaining its original box and paperwork.

Provenance:-
This particular plaque here is though to have been presented by Lord Mountbatten to Sir Edward Playfair (1909-1999) and bears an ink inscription in the sitter's own manuscript handwriting verso reading:

Lord Louis Mountbatten, Admiral of the Fleet, Chief of the Defence Staff and last Viceroy of India, was known by the nickname "Dickie" and signed himself as such to family, friends and close colleagues. Sir Edward Playfair (1909-1999) was Permanent Secretary to the Ministry of Defence whilst Mountbatten served as Chief of the Defence Staff and preceded Lord Mountbatten as President of the "British Computer Society". He was later Chairman of the Trustees of the National Gallery and, in this capacity, may have recommended the artist.

Mountbatten is known to have been particularly fond of blue and white Wedgwood jasperware, so much so that at his home at Broadlands in Hampshire he had a "Wedgwood Room" (originally conceived by a previous owner of the house, Lord Palmerston) redecorated by his-son-in-law, the celebrated interior designer David Hicks (1929-1998). Within the "Wedgwood Room" (see third image) there was a large-scale framed version of this portrait placed on a table-easel. The final black and white picture shows Lord Mountbatten standing in front of the larger verson of the plaque.

Donald Brindley was born in Staffordshire and studied sculpture at the Royal College of Art under Henry Moore. Early in his career he designed various wares in modern shapes for the Foley and Coalport potteries and produced work for Royal Crown Derby and Royal Doulton. He established the Donald Brindley Pottery Ltd in Longton in 1961. In due course he became a design consultant to and one of the chief modellers for Wedgwood.

Literature:-
For one of a number of descriptions of the Wedgwood Room at Broadlands see p. 261, John Julius Norwich, "The Architecture of Southern England", London, Macmillen, 1985 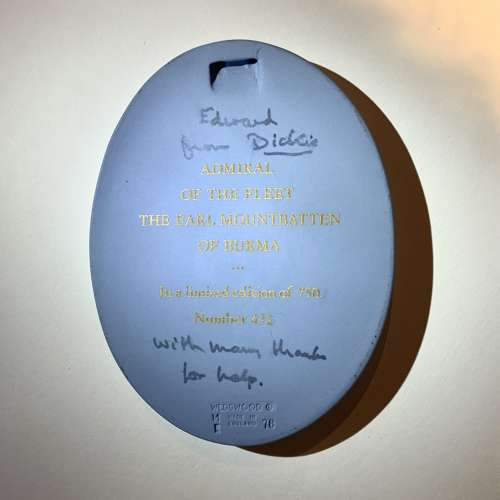 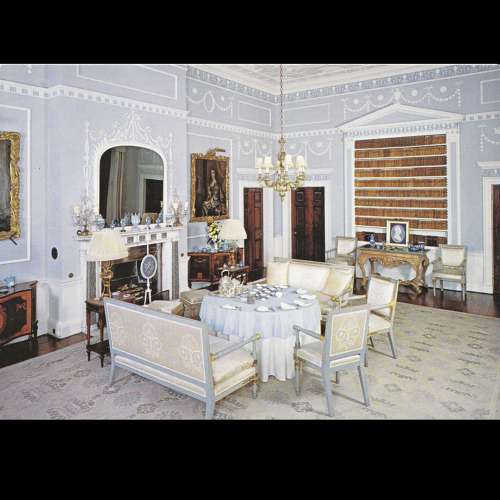 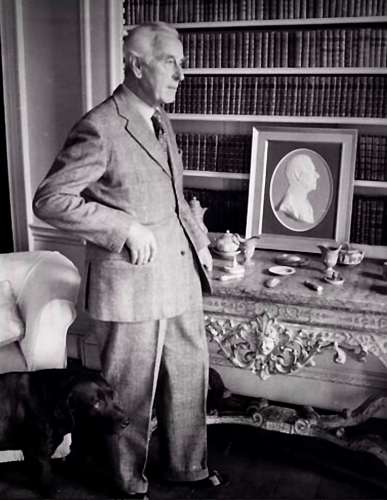