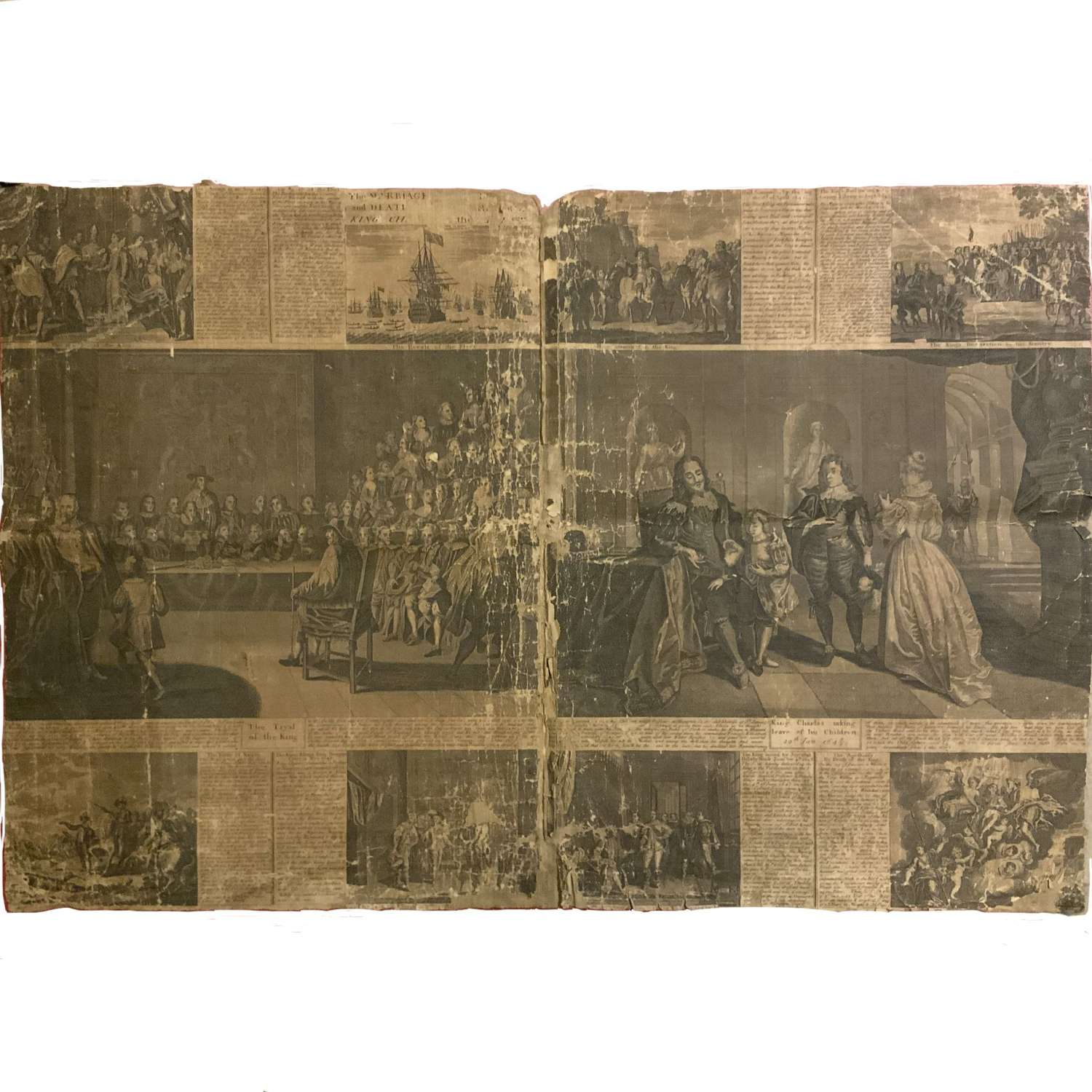 An engraved sheet across two pages with scenes from the life of Charles I, along with with accompanying text. Two main illustrations depicting "The Trial of The King" and " The King Taking Leave Of His Children 29th Jan 1648/9". Four smaller illustratiion above with "the King's marriage to Henrietta Maria", "the Naval Revolt", "Hull summoned by the king" and "the King's Declaration to his gentry". Below, four final scenes depicting "the Battle of Naseby", "the King's escape", "the King seized by Joyce", and a finally "the apotheosis of death of the King" with the scaffold outside the Banqueting Hall, Whitehall ready for the King's execution and Charles I ascending into heaven accompanied by angels and cherubs.

"Printed and sold by H. Overton & J. Hoole at the White Horse without Newgate London."

Poor condition, linen backed and folded in antiquity with associated losses. However exeptionally rare and one of only a few known copies. See Royal Collection RCIN 601978 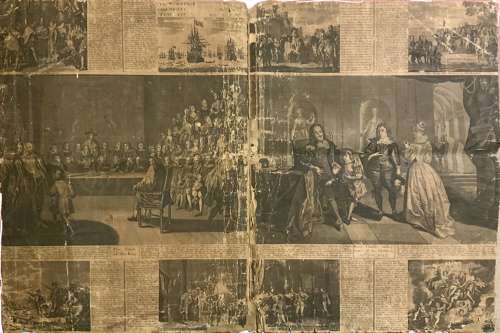 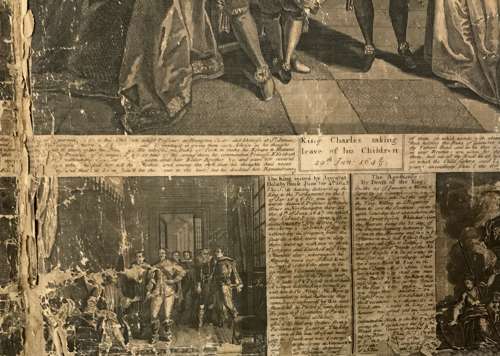 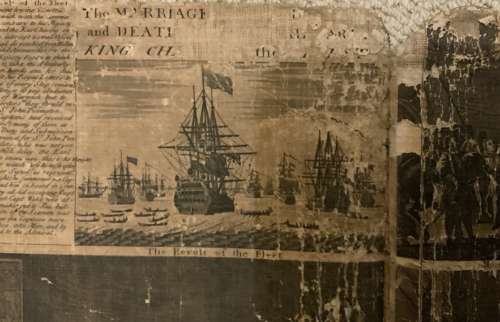