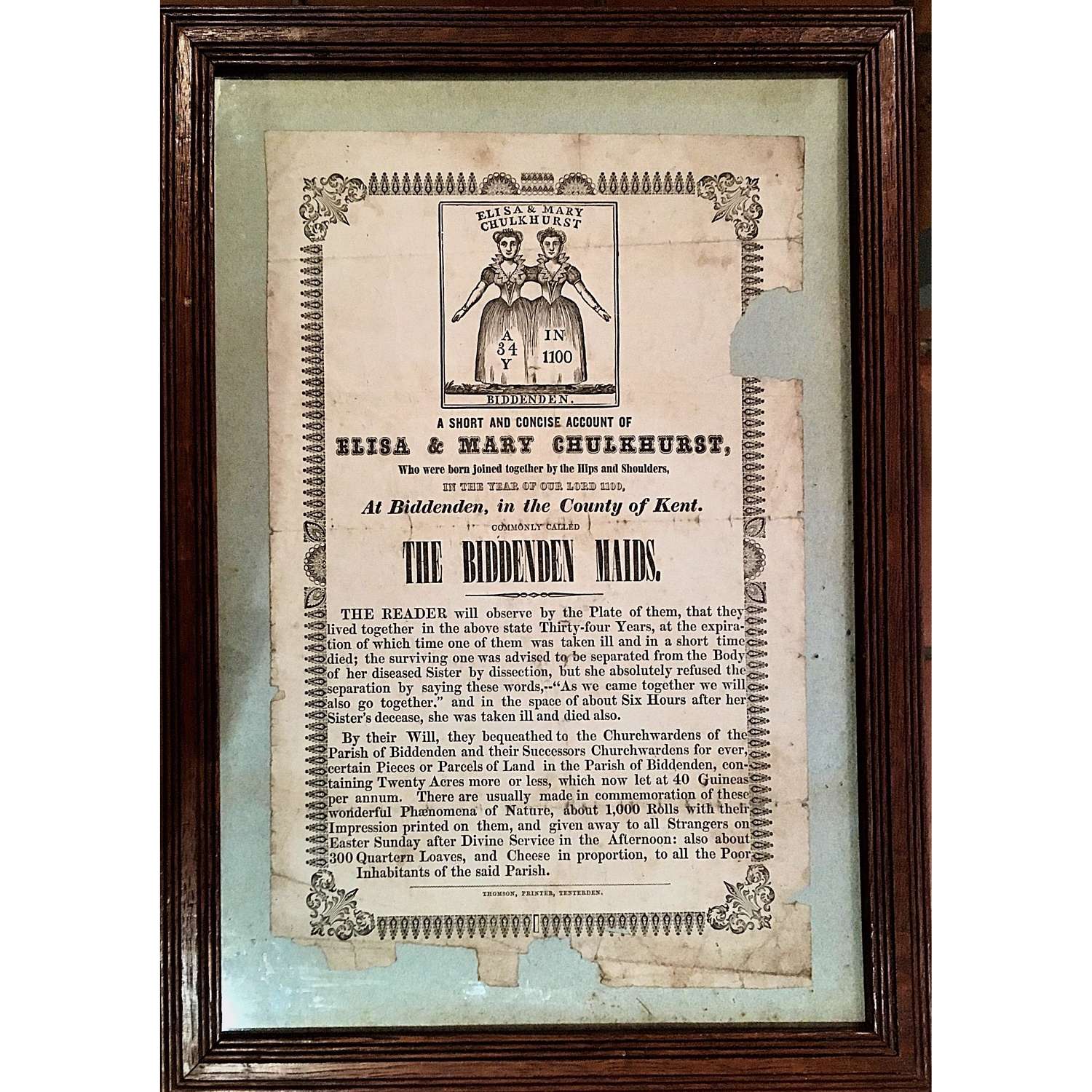 Printed handbill with the history of the conjoined twins Mary and Eliza Chulkhurst, "Commonly Called the Biddenden Maids", beneath an engraved head-piece depicting the twins, all within a decorative boder. Mary and Eliza Chulkhurst are said to have lived for 34 years and have been celebrated in a folklore myth in Biddenden, Kent, England for many centuries. Apparently at the death of one of the twins the other was told that unless she was seperated from her deceased sibling she too would perish, to which she is said to have replied "As we came together we will also go together".

Since at least the 18th Century "Biddenden Cakes" moulded with an image of the twins (as depicted here) have been distributed annually to the elderly on Easter Monday as part of the 'Biddenden Dole'. The Pitt Rivers Museum in Oxford has three such cakes [1884.56.100]. In the 19th Century the legend became increasingly popular, prompting increased tourism to the village and the need for souvenirs, which were probably sold in aid of village charities. Various members of the Thomson family were active as printers in nearby Tenderden for much of the 19th Century. In an account given by Lieutenant-General Augustus Henry Lane Fox Pitt Rivers (1827-1900) he tells how "A broadsheet on the Biddenden Maids was printed in 1808 and sold outside the church during Easter. ... In the 1820s, a 'new and enlarged' account of the Maids was printed ..."

For an identical handbill see the Science Museum, London [A1309 Pt1] 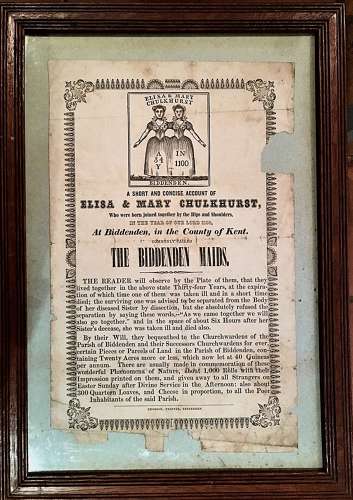