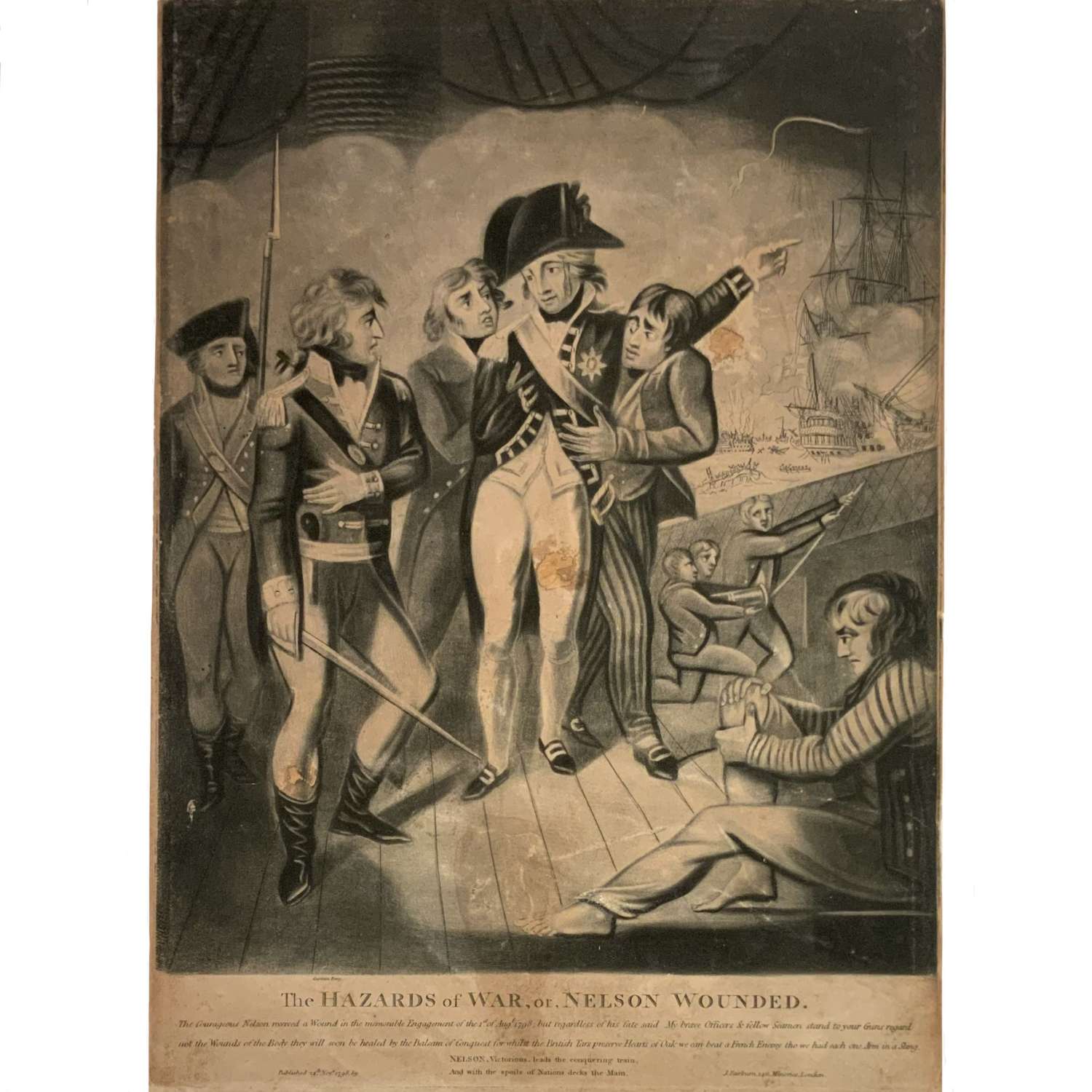 "The HAZARDS of WAR, or NELSON WOUNDED", Rare Mezzotint

Lettered with the title beneath the image and 'Captain Berry.' (in very small letters), along with the publisher's details "Published 24th. Nov.r 1798, by J. Fairburn, 146, `Minories, London' and the text "The Courageous Nelson received a Wound in the memorable Engagement of the 1st of Augt 1798, but regardless of his fate said My brave Officers & fellow Seamen stand to your Guns regard not the Wounds of the Body they will soon be healed by the Balsam of Conquest for whilst the British Tars preserve Hearts of Oak we can beat a French Enemy tho we had each one Arm in a Sling." and a further rhyming couplet "NELSON, Victorious, leads the conquering train. / And with the spoils of Nations decks the Main."

An extremely scarce mezzotint, printed in a deep blue-black ink. Narrow margins. Full text beneath the image. A little surface wear and some historically patched holes.

Horatio Nelson is depicted on the foredeck of 'HMS Vanguard' during the Battle of the Nile (Aboukir Bay) 1st August 1798. Nelson is a distinctive figure having already lost his right arm the previous year during the Battle of Santa Cruz de Tenerife when he was hit by musket ball which shattered his humerus and severed the brachial artery necessitating the limb's amputation. Here he is supported by two crewmen having now being wounded on the forehead by a piece of debris which had struck him following an explosion. Smoke billows behind him and a mast, ropes and rigging can be seen along with a ship with British pennant fluttering and a sinking ship with battle action in the distance and the explosion of the French flagship L'Orient. Nelson's Flag Captain, Edward Berry (1768-1831) (who is named in small letters beneath the image), stands to his side with his sword drawn, ready for action.

Fairburn specialised in issuing highly topical print, school pieces etc. Many of these have a charmingly naive character (as here). All the main elements of the Battle of The Nile are captured in this one image, published just three months after the engagement. 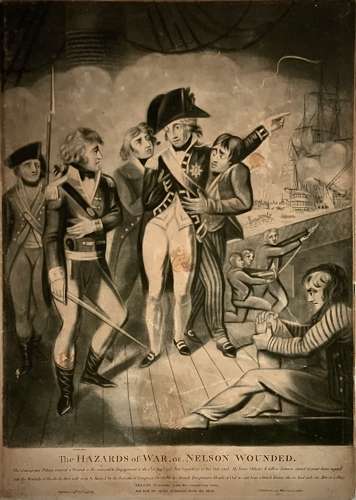