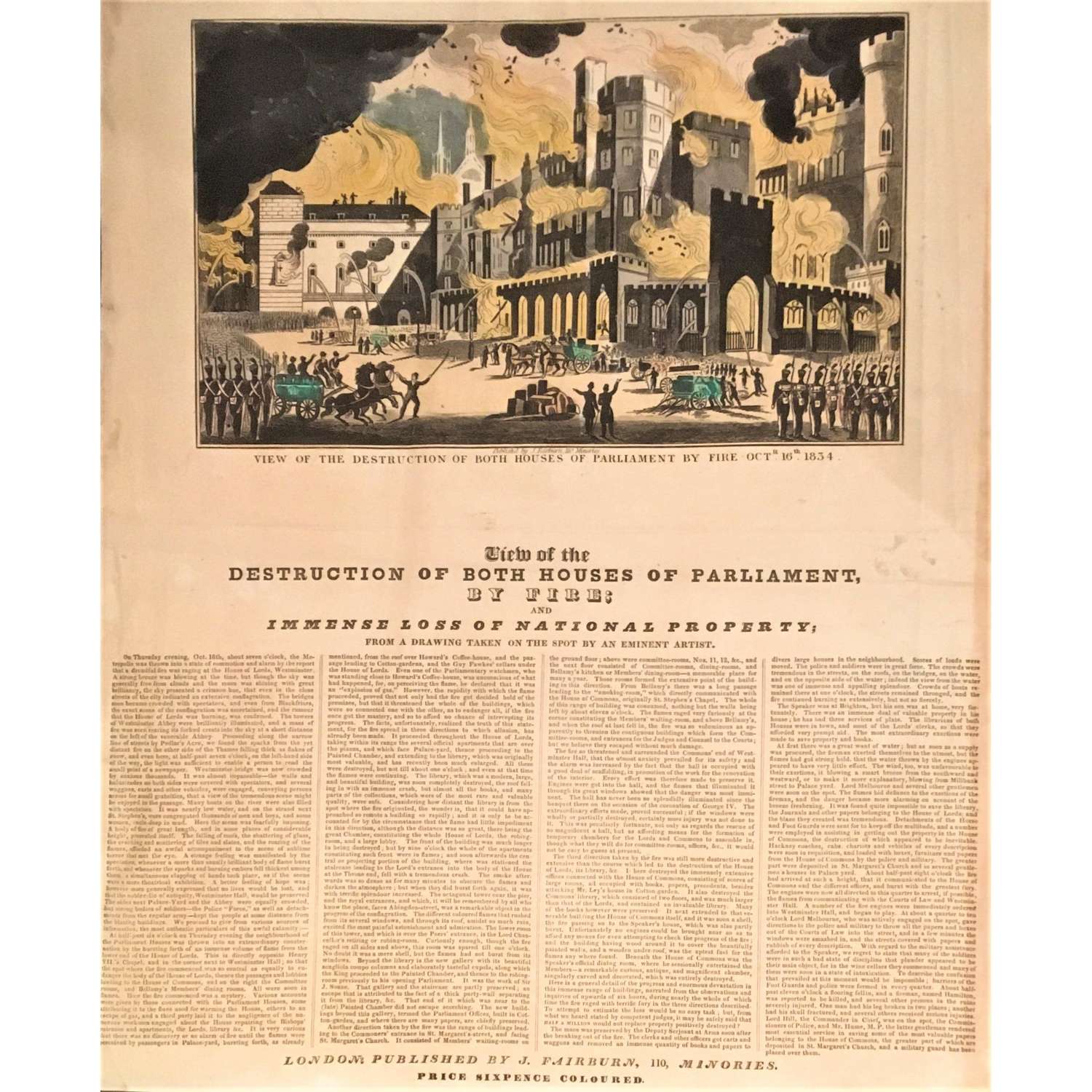 "View of the Destruction of Both Houses of Parliament by Fire", 1834

"View of the Destruction of Both Houses of
Parliament by Fire Octr.16th 1834"
From a "Drawing Taken on the Spot by An Eminent Artist"
Broadsheet with hand coloured woodcut
Letterpress printed on wove paper
watermarked "J. Rump" and dated "1833"
Published by John Fairburn (fl. 1789-1840)
London 1834
Sheet: 44 cm high x 37.3 cm wide (approx.)

It seems very likely that the "Eminent Artist" whose "drawing taken on the spot" was used as the basis for the woodcut on this broadsheet was J M W Turner, who was certainly an eye-witness to the blaze. For a similar image of the inferno painted by Turner see Tate Gallery, Turner Bequest CCCLXIV 373.

A very similar image, with minor variations in the position of the horses, fire engines etc, was printed by William Belch of 6 Bridge Street, Union Street, Borough (who had originally been in partnership with Edward Langley). This states beneath it that the view is "As seen from Abingdon Street". As topical print publishers Langley & Belch and John Fairburn often issued remarkably similar works, it is hard to assess to what extent they cooperated with each other or pirated and plagiarized each others' prints. This sheet is in very fine condition and retains all its original text (often similar sheets are cut down and retain only the image).

Extremely rare. There is a copy in the Parliamentary Works of Art Collection [see WOA/2978a]. The WorldCat Catalogue (the world's largest library catalogue) traces only two other copies in institutional collections (one in Harvard University Library and one in Ohio State University Libraries).

The "J. RUMP" watermark on the paper is dated "1833". James Rump was the proprietor of Swanton Morley Mill on the River Wensum in Norfolk during the 1830's. This papermill was active from 1776 to 1840. 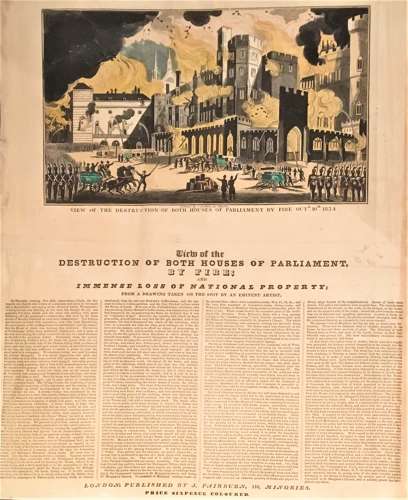 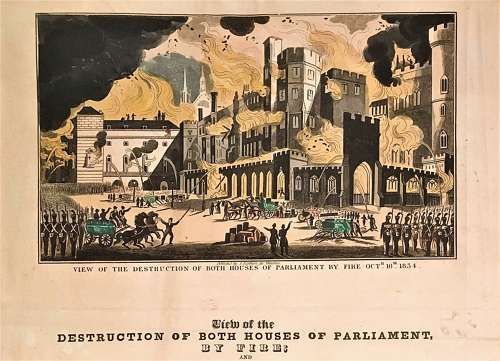