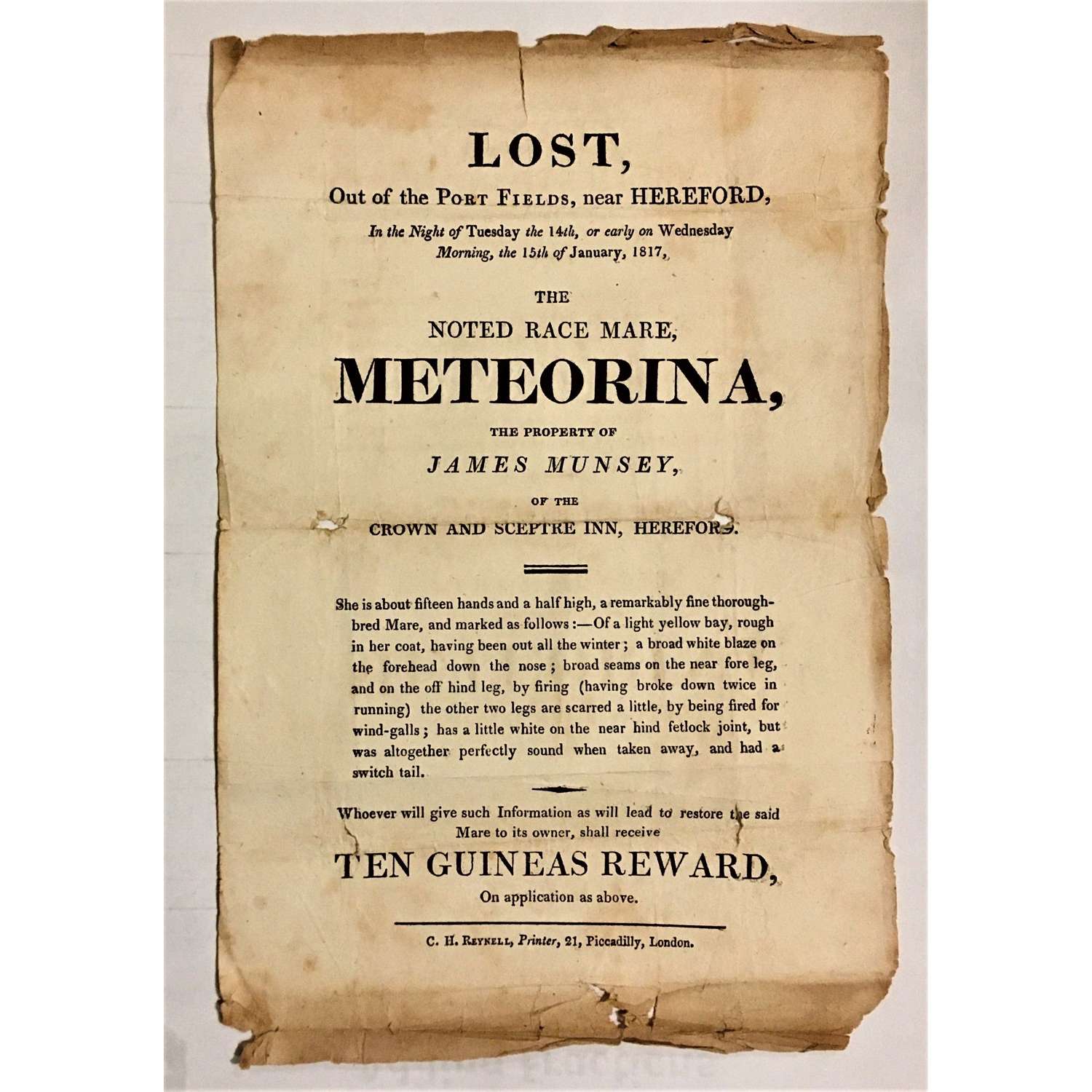 Mr Munsey's bay mare "Meteorina", by "Meteor", was foaled in 1808. Her dam was the Earl of Grosvenor's "Highflyer Mare". She had a succesful racing career but it is not clear whether this advertisement lead to her retrieval. James Munsey (d.1827) of the Crown and Sceptre Inn, in Widemarsh Street, Hereford was a succesful innkeeper and racehorse owner who was also involved with the administration of meetings at Hereford Racecourse. The "10 Guineas Reward" offered for the recovery of the horse would equate to several thousand pounds In today's money.

It is interesting to note that although the horse went missing in Herefordshire, the printer of this document is Carew Henry Reynell (fl. 1791-1859) of Piccadilly, London - indicating the search for "Meteorina" had spread to the capital. 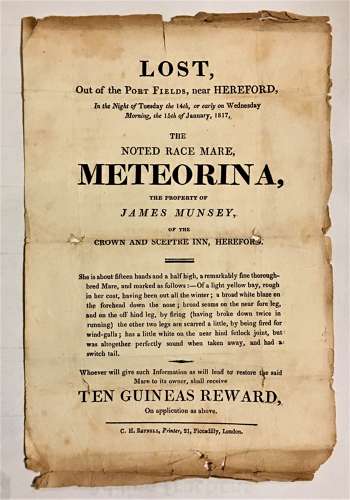