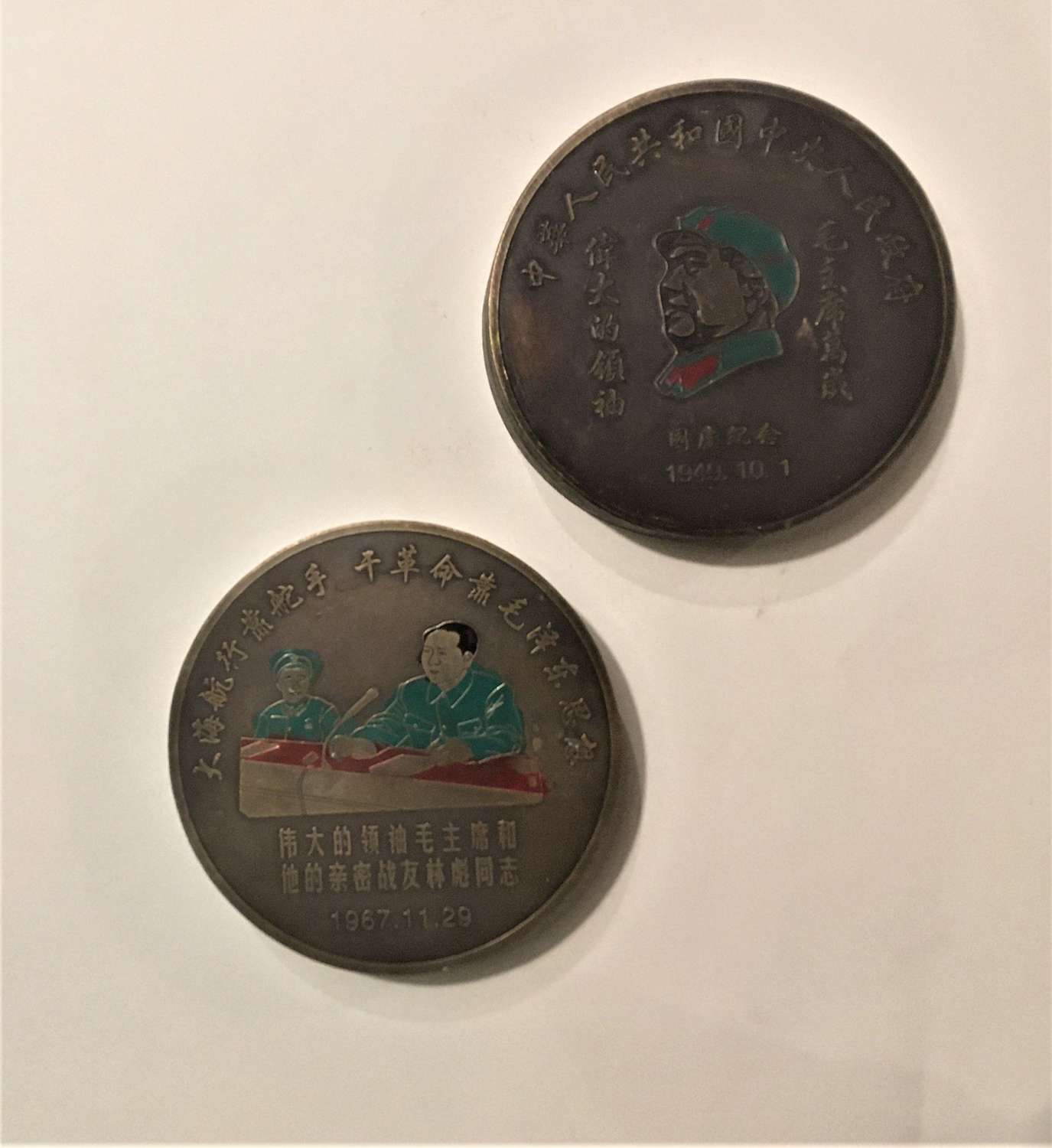 Boxes made during the era of the Cultural Revolution, to hold traditional tablets of Chinese ink.

A very interesting pair of Chinese ink boxes which can be dated fairly accurately to between late 1967 and 1971.

The Mao box marks the date of 1st October 1949, being when Chairman Mao Zedong pronounced the establishment of the People's Republic of China from the top of the Tiananmen Gate in Beijing.

The decoration on the Chairman Mao and Marshal Lin Biao box commemorates a celebrated quotation about Mao, attributed to the Marshal, "Sailing the seas depends on the helmsman". The quote is taken from a Chinese revolutionary song from the 1960's. This was a phrase which Lin Biao popularised and melded into a slogan which he wrote out longhand in a celebrated calligraphic inscription during a ceremony, on 29th November 1967, to recognise naval personnel who had made exceptional progress in the study of Mao's teachings. The message of the slogan in its calligraphic inscription became the basis of a number of propaganda items around this time, including a 1967 Chinese postage stamp.

Lin Biao was a Chinese military leader and commander in the Red Army who played a crucial role in the Communist victory over the Nationalists in the Chinese Civil War. One of the Ten Marshals of the People's Liberation Army (the founding generals who led the Communist Revolution), he largely stayed away from front-line politics until the Cultural Revolution. The "Little Red Book" was his brainchild and it was he who was largely responsible for collating Chairman Mao's thoughts and quotations into this work, he also wrote the original foreword. He was instrumental in fanning the personality cult around Mao as "The Great Helmsman" and as Mao's "close comrade in arms", he rose to become Mao Zedong’s designated successor in 1969. However, following Lin Biao's sudden death in a plane crash in Mongolia on 13 September 1971, he was alleged to have been plotting to assassinate Mao and purported to have been fleeing China following a failed coup attempt. (Other theories suggest he was actually in fear of his own life and was trying to flee China onboard a plane which had been sabotaged). Whatever the circumstances surrounding his fall from grace and death, Lin Biao was posthumously condemned as a traitor and publicly dishonored, disgraced and expunged from the records. There was a wholesale destruction of his image and he was subjected to a process of damnatio memoriae: scratched from the list of Ten Marshals (which officially became a roll call of only nine); systematically removed from party documents and redacted from history. The box therefore predates September 1971.

Sometimes under the Wades-Giles system of rendering Chinese characters into European forms of pronunceation the anglicized forms of "Lin Piao" and "Mao Tse-tung" are used. 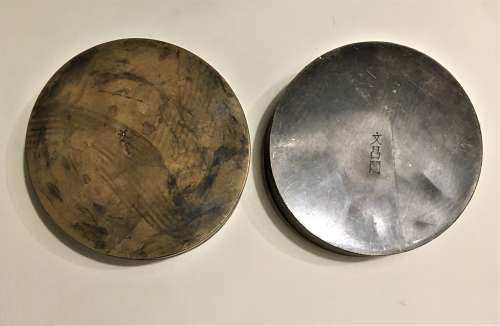