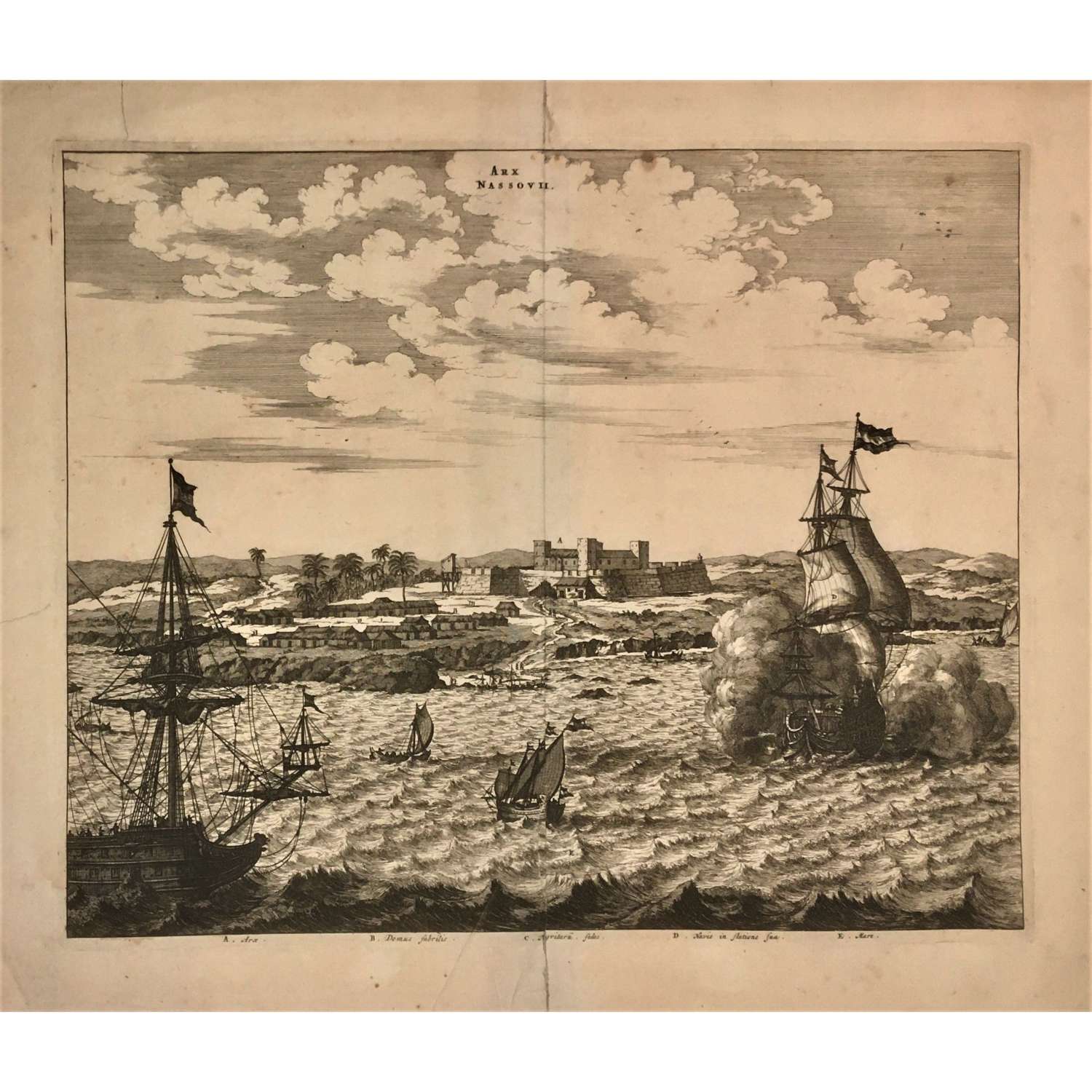 A rare and attractive view of the Dutch settlement of Fort Nassau, now in Guyana, as published in John Ogilby’s work "America: Being the Latest, and Most Accurate Description of the New World", published in London in 1671, after a work in Dutch by Arnoldus Montanus entitled "Die Nieuwe en onbekende Weereld. . . ", which was published in Amsterdam earlier the same year. Lettered to the top, within the image, "Arx Nassovii" and various sites labelled A-E ("A. Arx ; B. Domus fabrilis ; C. Nigritaru sedes ; D. Navis in Statione sua ; E. Mare"). View an impressive coastal fortification with rows of huts beneath it amid palm trees. Various vessels on the sea in the foreground, including two large warships in full sail with Dutch flags on their masts, the one of the right engulfed with smoke having seemingly fired a salute or signal.

In about 1627 the Dutch trading post of "Fort Nassau" was established by the merchant adventurer Abraham van Peere on South America’s North Atlantic coast on the banks of the Berbice River (now in eastern Guyana). It was named after Prince Maurice of Nassau (1567-1625). The Dutch had various settlements in this region between the Orinoco and Amazon rivers, including Demerara, which became known as became known as "Dutch Guiana". The settlement at "Fort Nassau" eventually became New Amsterdam, the name by which it is still known in modern day Guyana. 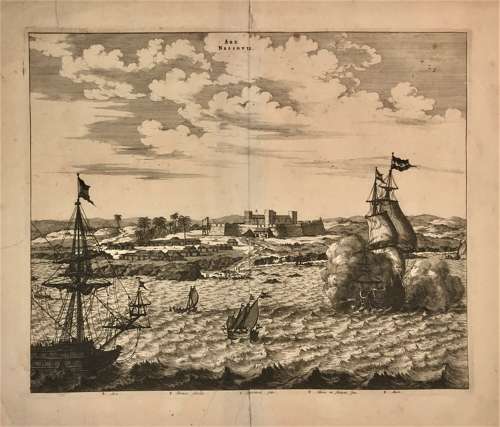