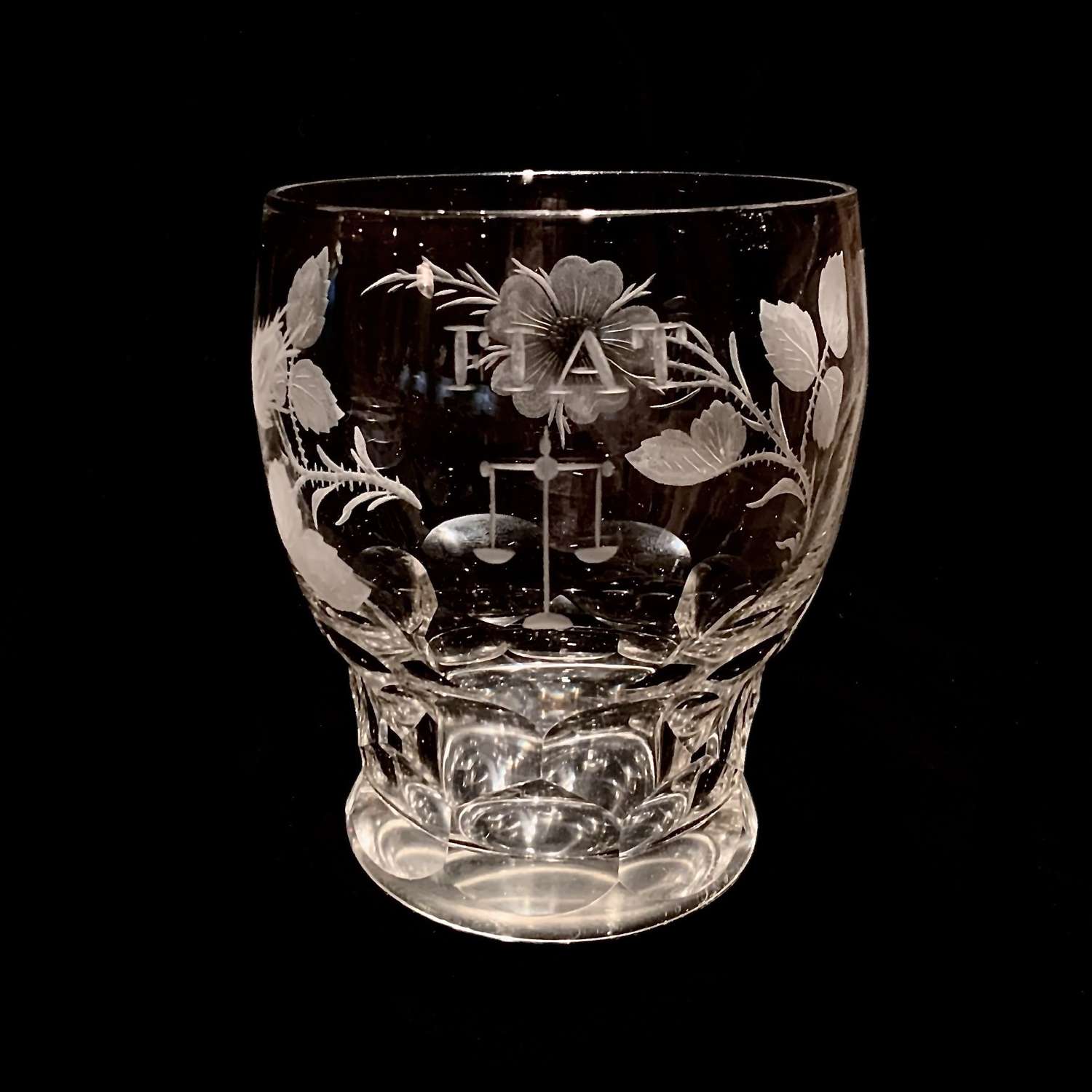 The tapering bowl wheel-engraved with a rose and foliate spay, a separate rosebud within foliage, the reverse with the word "FIAT" above a balancing set of scales. Facet cut decoration towards the foot.

Whilst wine goblets are the most generally encountered form of Jacobite drinking glass, tumblers and water glasses are not unknown. It may be that their presence on the table facilitated the passing of a wine glass over a tumbler full of water during the 'Loyal Toast', thereby allowing the symbolic toasting of "'the King' (over the water)" (i.e. the Stuart dynasty in exile).

The symbols engraved here are part of a well-known Jacobite iconography. A White Rose (Rosa × alba) on its own, symbolizing the exiled James III (with a pun on 'alba' (being the ancient Scottish Gaelic name for Scotland)) and another budding rose, symbolizing Prince Charles Edward Stuart. The word "FIAT", meaning "Let it be so" or "Let it come to pass", being a prayer for the return of the Stuart monarchy. The scales are more unusual but are almost certainly a reference to the return of "balance" and the almost messianic sense attributed to the return of the Stuart dynasty. (As the poet Alexander Pope wrote in his poem 'The Messiah'):

All crimes shall cease, and ancient fraud shall fail,
Returning Justice lift aloft her scale;

This glass is identical to two glasses and very similar to a further two which appeared as Lots 362 & 363, Lyon & Turnbull, Edinburgh, Sale of Scottish Works of Art & Whisky, 12th August 2020 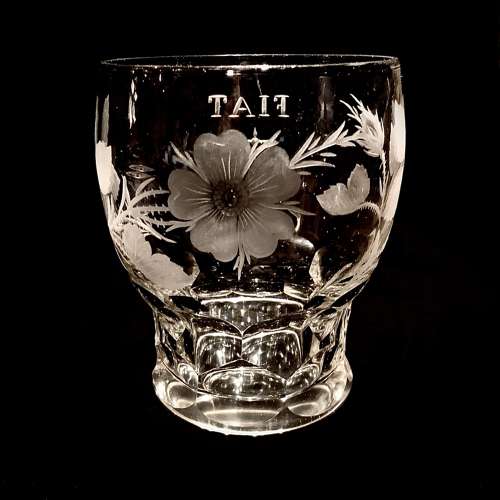