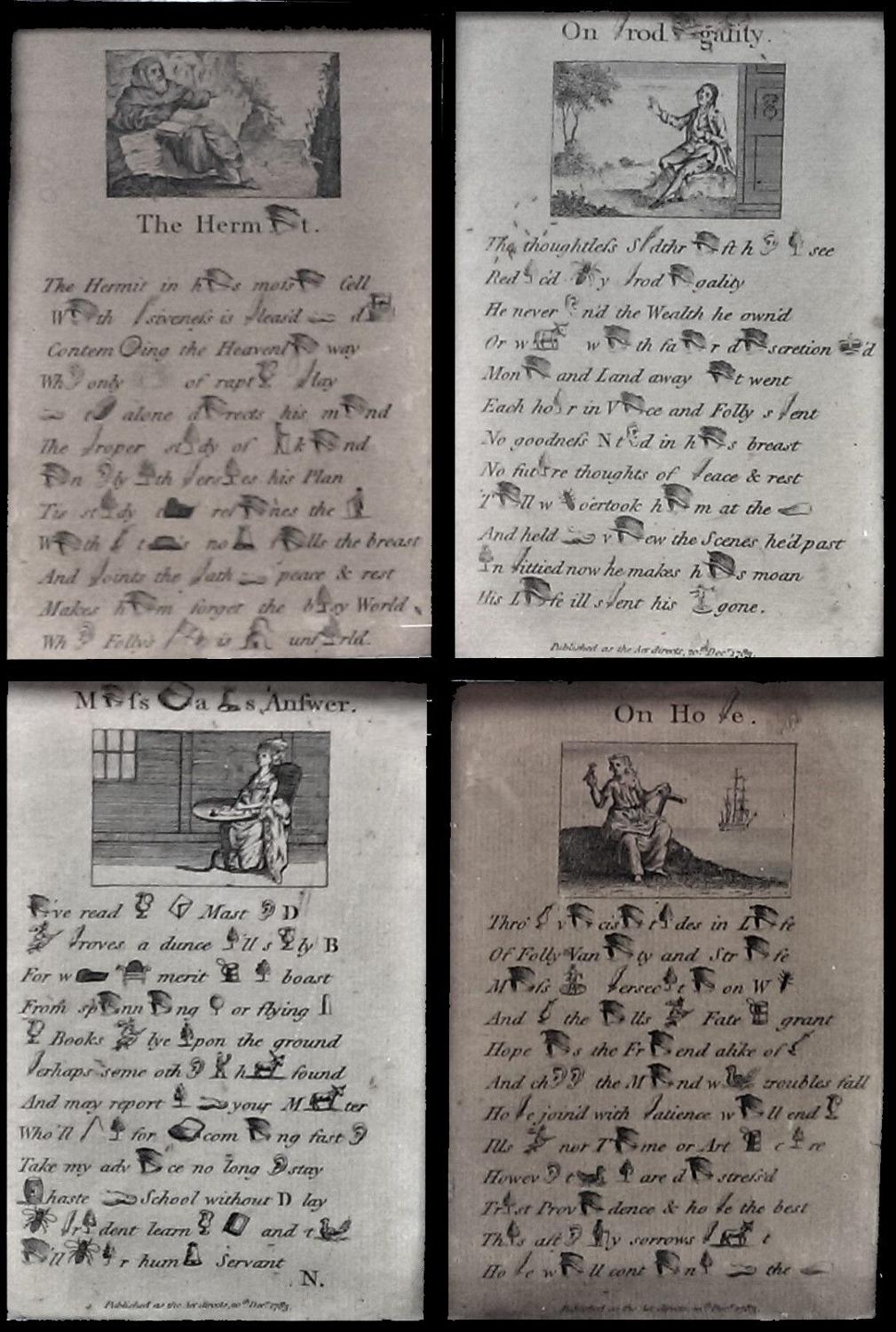 Four printed cards entitled respectively “On Prodigality”; “On Hope”; “The Hermit” and “Miss Annabel’s Answer”. No publisher's details but with the dateline "Published as the Act Directs, 20th Decr 1783".

These cards, published in 1783, were almost certainly issued by John Wallis (died 1818) who was based at “Yorick's Head” on 16 Ludgate Street, London & also 54 Cornhill from around 1775. Wallis specialised in maps, books, toys, games and puzzles. He was one of the early manufacturers of "dissected maps" (jigsaw puzzles). Each of the cards contains a rhyme constructed from ‘rebus’ puzzles (which use pictures to represent numerous words, parts of words or single letters (i.e. an image of an "eye" = "I")). The text has to be patiently deciphered by examining the picture codes. Each card also has an attractive engraved / woodcut vignette illustration. The verses appear to be completely original and not to have been published anywhere else. Each rebus is frustratingly difficult to solve and the game of decoding them would have occupied a player for some time. The first line of “On Prodigality” can be deciphered as "The thoughtless spendthrift he you see".

There appears to be only a single set of similar cards in any institutional collection (this is a set in the Ballam Collection at The Bodleian Library, Oxford which includes these four cards plus four additional titles).