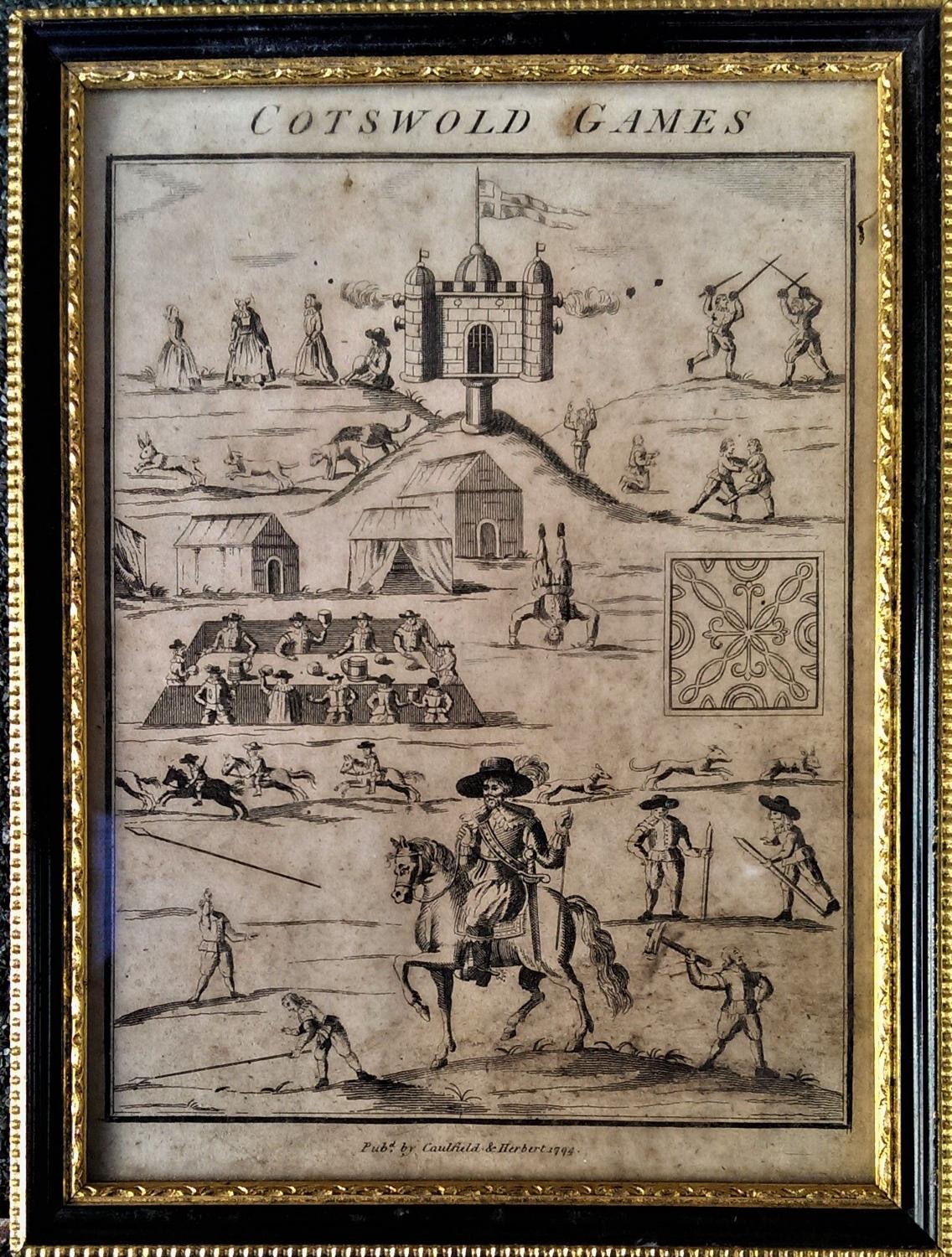 A view of Robert Dover's "Cotswold Olimpick Games". Circa 1636

This rare engraving is a very accurate copy of an even rarer woodcut print which first appeared in a work entitled “Annalia Dubrensia. Upon the yeerely celebration of Mr Robert Dover's Olimpick Games upon Cotswold-Hills”, issued in 1636. The print depicts various events in the "Cotswold Games", founded in 1612  by Capt. Robert Dover (1575/82–1652). Dover is depicted at the bottom on the print on horseback, presiding over the games with a staff. By 1636 the events, which took place in the hills above Chipping Campden, were known as the "Cotswold Olimpicks/Olympiks" and are now recognised as an early manifestation of the modern Olympic revival movement.