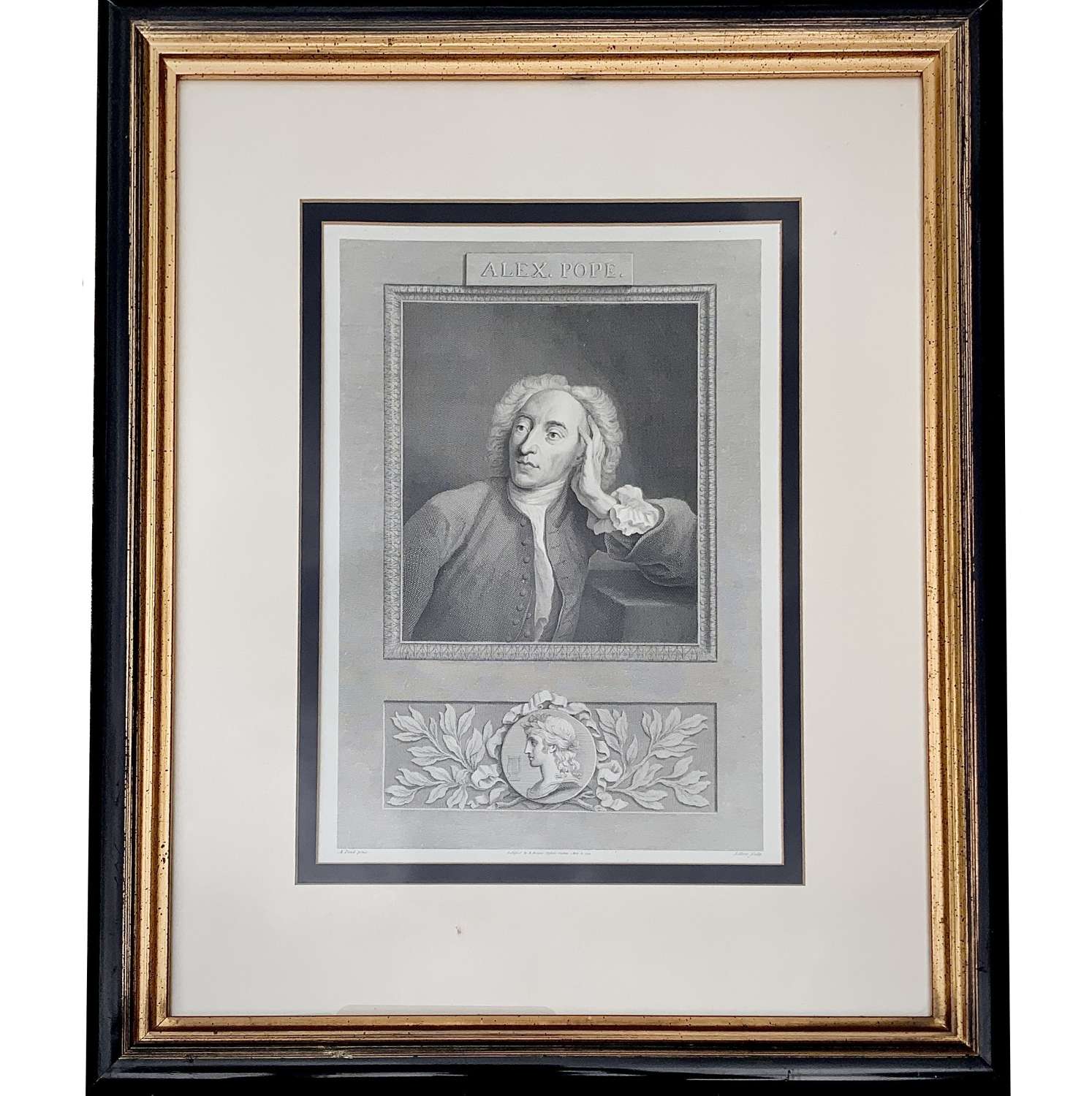 Portrait of Alexander Pope, resting on his left arm on a table, looking to left, wearing open jacket and neckerchief. Named in a cartouche above "Alex.Pope", cameo of Apollo below (denoted by a lyre symbol) within laurel wreath.

A well framed engraved portrait of one of the 18th Century's most famous poets, men of letters and classical translators. The print is after a portrait of Pope by Arthur Pond which, in turn, is after a prototype by Jean-Baptiste van Loo (1684-1745). The original was the last of around sixty-six oil portraits made of Pope during his lifetime and it became, through copies and engravings, one of the best known images of the poet. 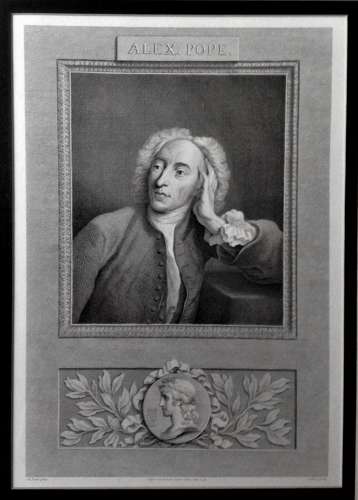