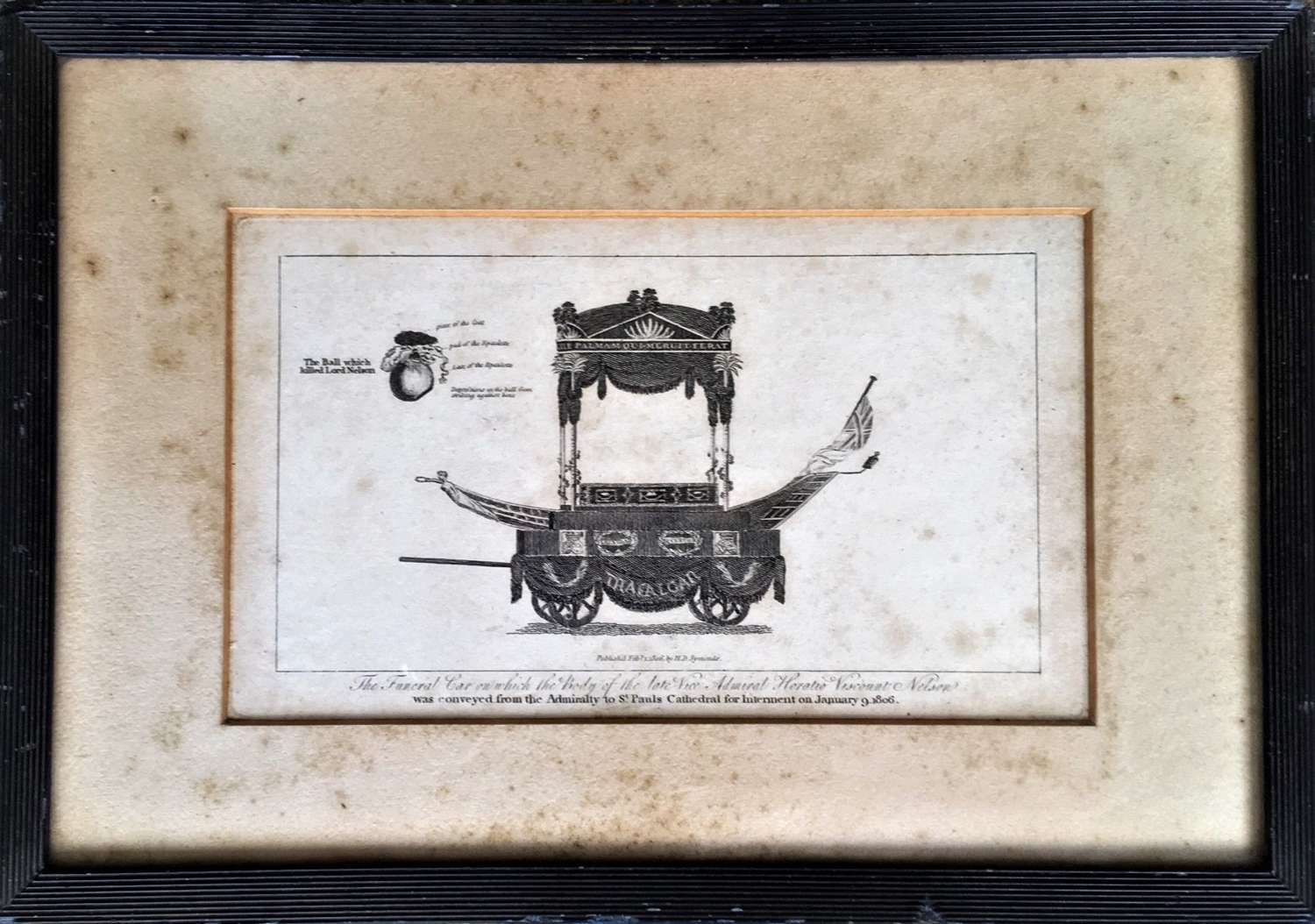 Lettered with the title beneath the image "The Funeral Car on which the Body of the late Vice Admiral Horatio Viscount Nelson was conveyed from the Admiralty to St Pauls Cathedral for Interment on January 9 1806" and the publication details "Publish'd Feby.1.1806, by H. D. Symonds."

An illustration of the funeral car which carried the body of Lord Nelson from the Admiralty where he lay in state, to St. Paul's Cathedral for interment. In the top left of the print is an annoted depiction of the musket ball that killed Nelson, labelled "The Ball which / killed Lord Nelson"; "-part of the Coat"; "-part of the Epaulette"; "-Lace of the Epaulette; "Deprefsions in the ball from / striking against bone". This is presumably based on the drawing done by Arthur William Devis (1762–1822) on board 'Victory' at Beatty's autopsy on Nelson's body and other eye witness descriptions.

The print also appeared as an illustration in the Universal Magazine, New Series, For January 1806, No. XXVI, Vol. 5., opposite p.16 as part of an article entitled 'Nelsonia' (pp.14-16). In the same magazine there is an article about making a pilgrimage to see H.M.S. Victory at Chatham, written by J. Evans of Pullin's Row, Islington (the famous Welsh Baptist minister John Evans (1767–1827)) and dated Jan. 13, 1806. This concludes with a poetic description of the infamous musket ball which killed Lord Nelson:

"It was enclosed in a small square mahogany box, with a glass over it. It is of reddish colour, having remained in the body for so many hours; it is flattened in that part which struck and fractured the ribs; and has not only attached to it a small piece of his lordship's coat, but a portion of the gold lace, and pad of the epaulette."1

Evans continues by addressing some lines to the hateful projectile, describing in as "Thou messanger of death!...Thou fatal ball!"