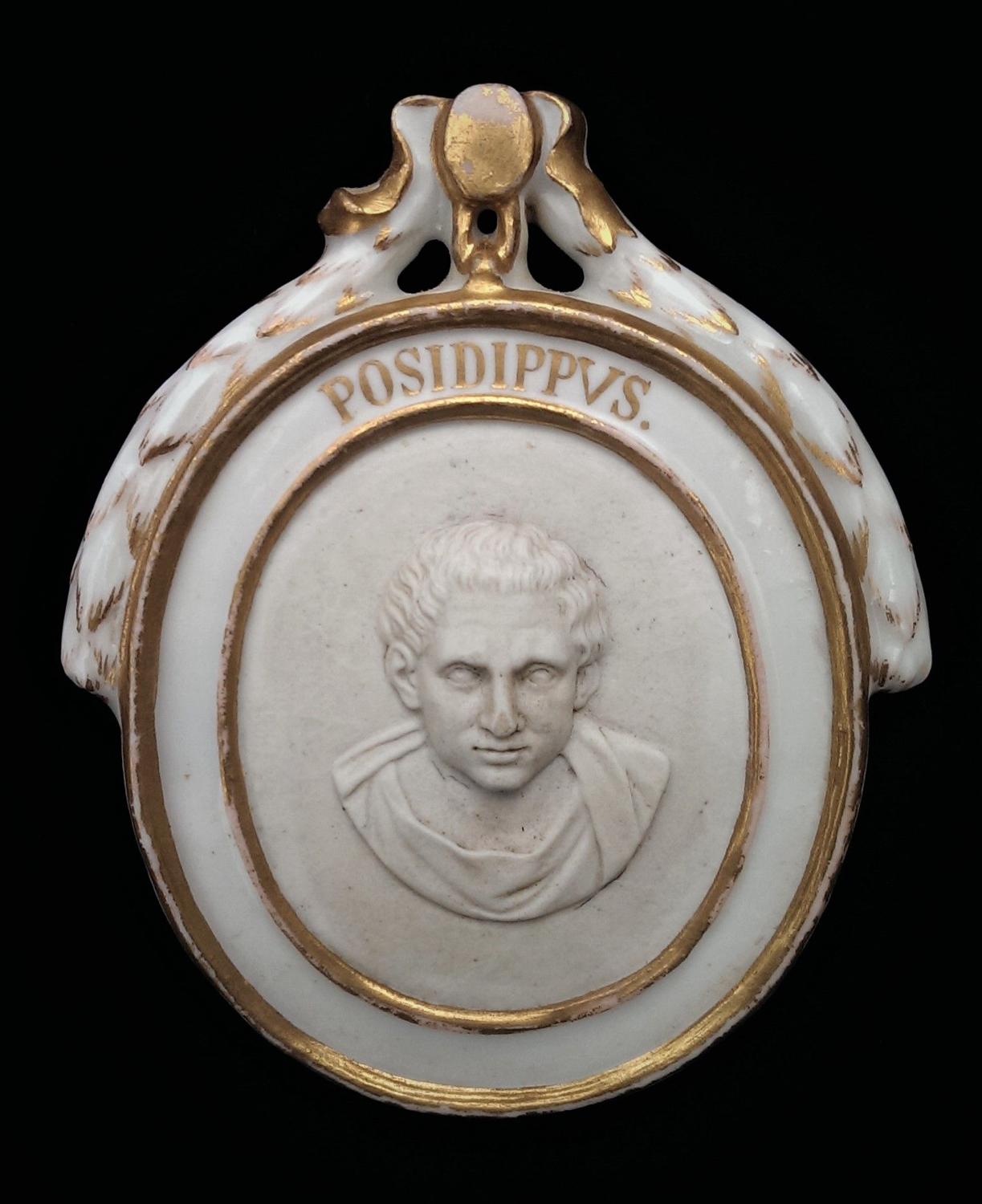 A Fürstenberg Porcelain Manufactory portrait plaque of the Greek epigrammatic poet Posidippus of Pella (c 310-c240 BC). A central oval within an integral moulded gilt rim serving as a frame, within which is a finely modelled, unglazed, bust facing forward. Titled in Latin alphabet ‘POSIDIPPVS’ in gold above within the white- glazed border. The top of the integral frame applied with swags of laurel garlands to either side, highlighted with gold. A gilded faux ribbon and hanger to the top (incorporated within which is an internal loop for suspension).

The Fürstenberg Porcelain Manufactory was founded by Johann Georg von Langen (1699-1776) at Fürstenberg Castle on 11 January 1747, under the direction of Duke Karl I of Brunswick-Wolfenbüttel (a cousin of George III). The earliest Fürstenberg porcelain wares were in the Rococo taste but from the 1770’s there was an increased emphasis on the early Neo Classical style (known in German as “Zopfstil” (alluding to its frequent use of garlands and festoons)). The modeller’s initial “R” on the back of this plaque is almost certainly that of Johann Christof Rombrich (1731-1794). Rombrich learned modelling under Johann Joachim Kändler at Meissen in the 1750’s before moving to Fürstenberg in February 1758.

There were very close allegiances between Britain and Brunswick-Wolfenbüttel. Princess Augusta of Great Britain (1737–1813), the sister of George III, had married her second cousin, the Hereditary Prince of Brunswick in London in 1764. The Princess and the Hereditary Prince were the godparents of Johann Christof Rombrich’s children. Princess Augusta had a summer retreat known as Schloss Richmond built in Brunswick which was decorated in the English taste and she often received English guests here. Brunswick troops served as auxiliaries to the British Army during the American Revolutionary War. This portrait plaque, along with others known to have been made by Fürstenberg, therefore poses fascinating questions about the ‘dialogue’ between English and German porcelain manufacturers in the late 18th Century. A strikingly similar medallion of Posidippus was produced as part of Wedgwood & Bentley’s "Greek Poets" Series (c. 1768-1780). Wedgwood & Bentley’s medallions were available in black basalt [Fig 1] and blue jasper versions with options to add ormolu frames by Matthew Boulton [Fig 2]. However, the appearance of this crisply modelled Fürstenberg version begs the question as to which of the factories produced the prototype? Fürstenberg also produced versions of other Greek portraits in “Jasper” [Fig 3].

In the 18th Century Posidippus was known for twenty-three poems included in the Anthologia Graeca and his portrait likeness was established through two ancient statues: a 1st century herm in the Uffizi Gallery (Inv. 1914, no. 388) and a 1st century Roman copy of a Greek original now in the Vatican Museums (Pius-Clementine Museum Inv. No. 735). The Fürstenberg & Wedgwood & Bentley medallions almost certainly derive from the Vatican Museums version, which was originally located in Santa Pudenziana on the Viminal and, along with a statue of the Greek dramatist Menander, was venerated as a statue of a saint for much of the Middle Ages. Copies of these statues were produced by Bartolomeo Cavaceppi (c. 1716–1799), whose studio in Rome was one of the most famous stops for those making the Grand Tour in the second half of the 1700s. Posidippus was an appropriate subject for a portrait medallion as, amongst his epigrams, were verses on the art of statuary and the prestige of collecting exotic gems and treasures fit for a royal cabinet.

Since 2001 Posidippus has been the subject of renewed interest due to the recovery of 112 poems from the wrappings of an Egyptian mummy dating to about 180 BC which may expand his oeuvre and account for his fame in the ancient world. 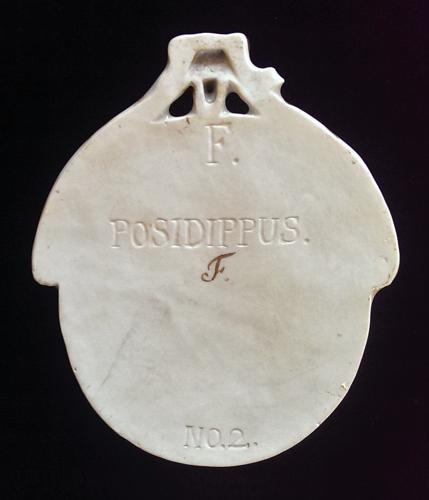 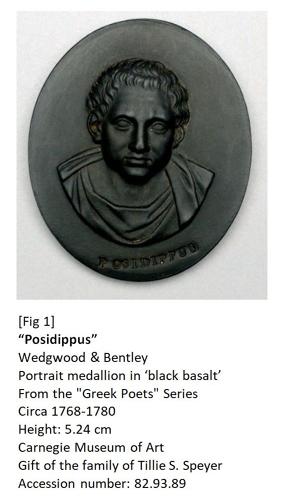 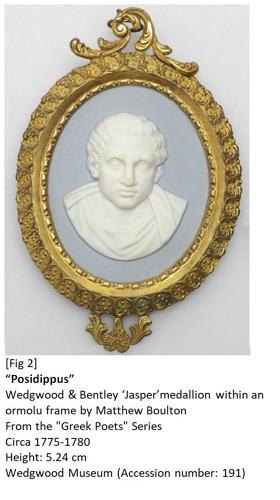 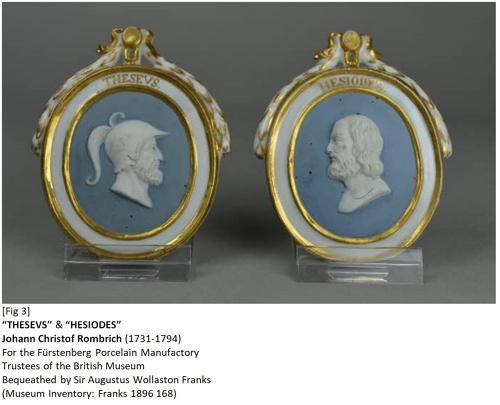