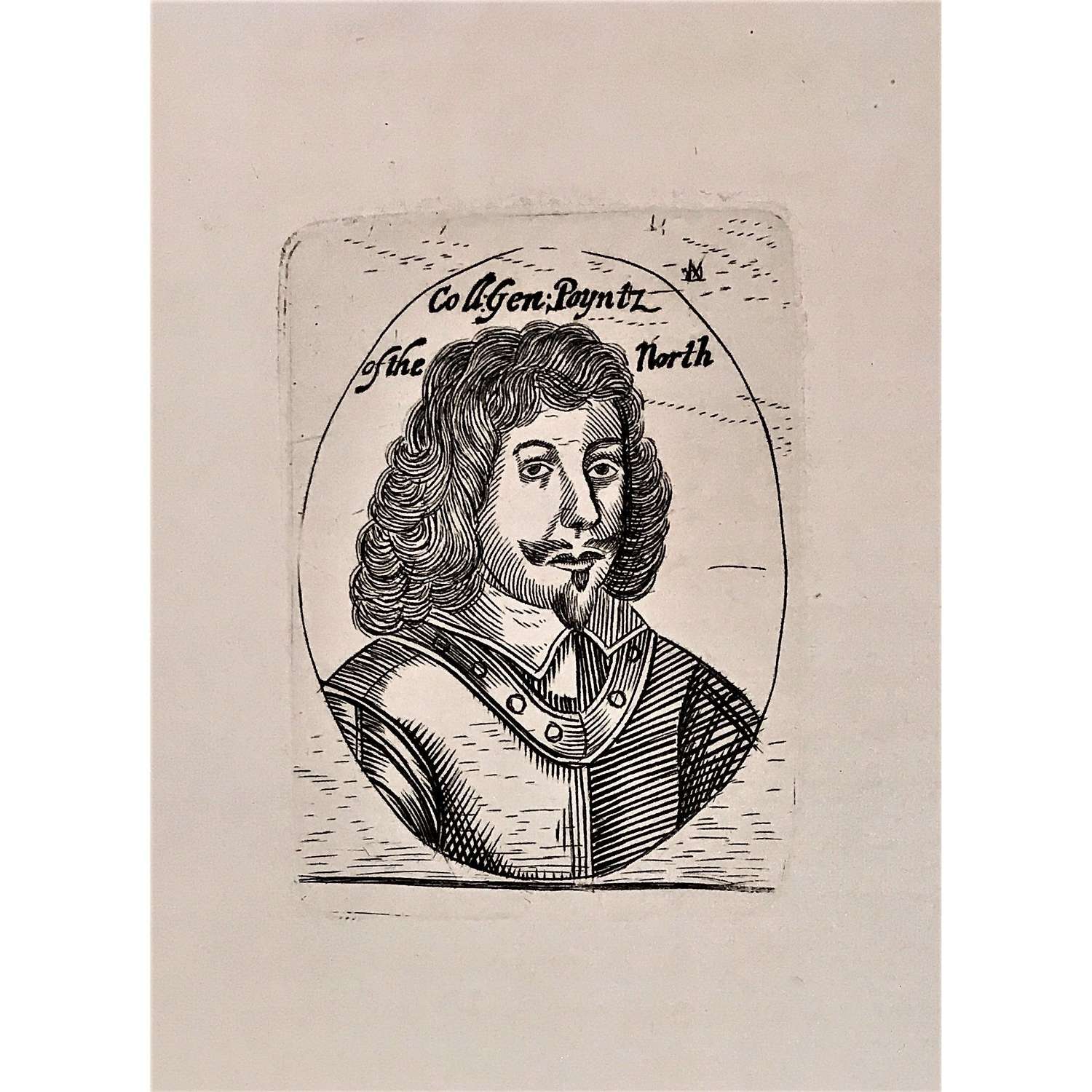 Signed in monogram "LM"?, within the plate (upper right just outside oval) and titled "Coll Gen: Poyntz of the North".

Sydenham Poyntz (also spelled Sydnam or Sidenham Poynts) was the fourth son of Sir John Poyntz and Mary Anne Sidenham.  Between 1625 and 1636 he served as a mercenary during the Thirty Years' War. He married twice during this time: his first wife died in childbirth; his second, Anne Eleanor de Cory, was murdered, along with their child, by French troops.

He returned to England around the outbreat of the English Civil War. In 1645 he was given command of a regiment of foot and a regiment of horse by Parliament, with the rank of Colonel-General, and appointed Governor of York and Commander-in-Chief of the forces of the Northern Association. He commanded the Parliamentary forces at the Battle of Rowton Heath, where he inflicted a significant defeat on the Royalists under the personal command of King Charles I. Troops under his control are thought to have taken part in a massacre at Shelford Manor in Nottinghamshire before they layed siege to Newark, which surrendered to him in 1646.

At the time of the reforms to the New Model Army in 1647, Poyntz found himself in oppostion to some of the leading factions and had to flee to Holland. In 1650 he travelled to the West Indies where he spent time in Antigua and may have held office as Governor there in the early 1660's. He is thought to have moved on to the Colony of Virginia where he probably died in around 1663.

A scarce print. A somewhat stained impression is held by the National Portrait Gallery (NPG D4408) there is no copy in the British Museum.