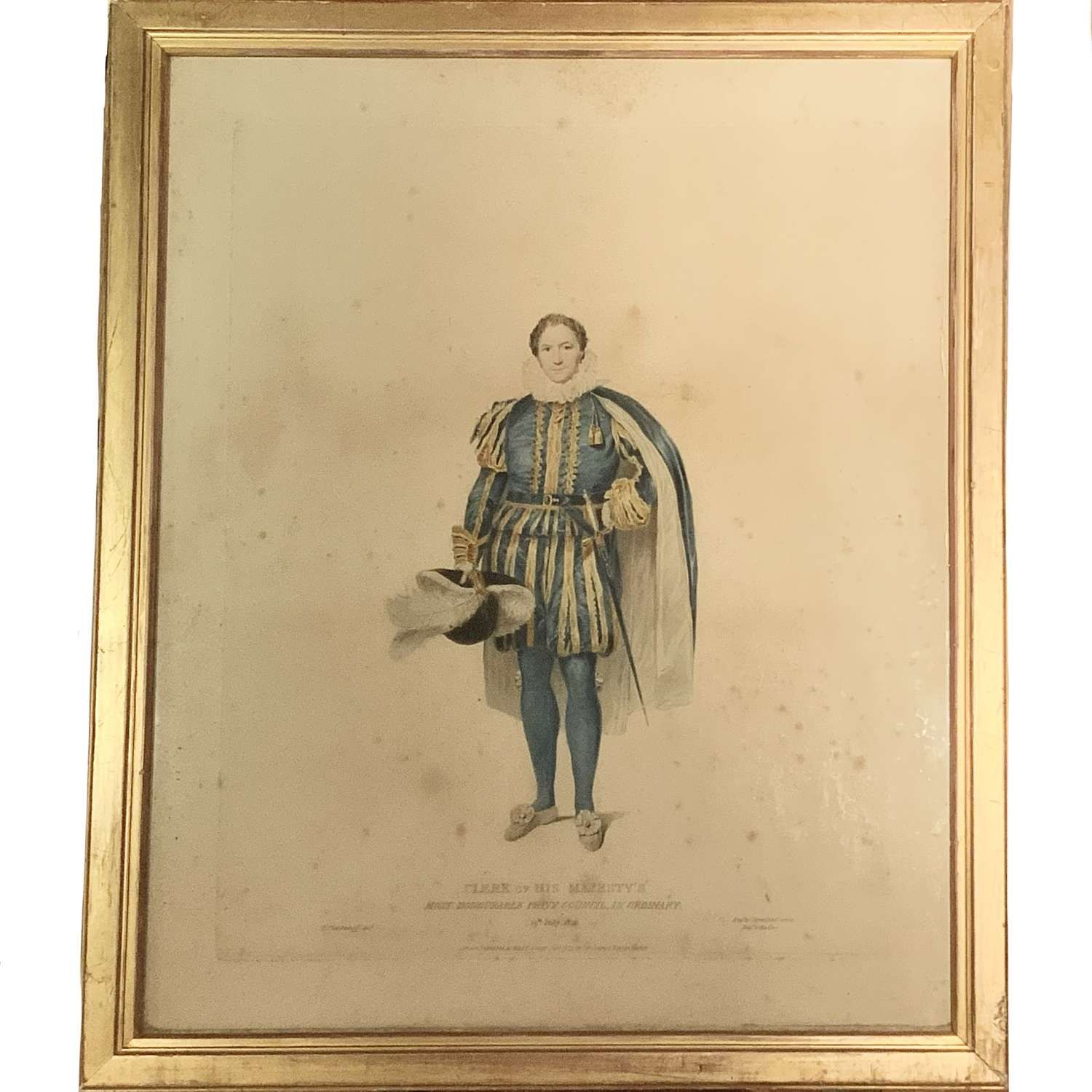 Lettered with the title "Clerk of His Majesty's Most Honourable Privy Council, in Ordinary / 19th July, 1821" beneath the image and "P. Stephanoff, delt" "Engd by S. Reynolds & E. Scriven, / Engrs to the King" and "London, Published as the Act directs Jany 1824, by Sir George Nayler, Garter".

A large and very attractive print, the colours still strong. Full margins. Depicting James Buller (1772-1830), Clerk of the Privy Council and former MP for West Looe. The sitter wears the ornate uniform and carrying the ostrich plumed hat of his office, as was worn at the Coronation of King George IV on 19 July 1821. The print formed part of the series illustrations showing the costumes of key figures to demonstrate and record the magnificence of the coronation ceremony. These were commissioned by Sir George Nayler as Garter King of Arms, by special command of George IV, for publication in "The Coronation of His Most Sacred Majesty King George the Fourth Solemnized in the Collegiate Church of Saint Peter Westminster Upon The Nineteenth Day of July MDCCCXXI". 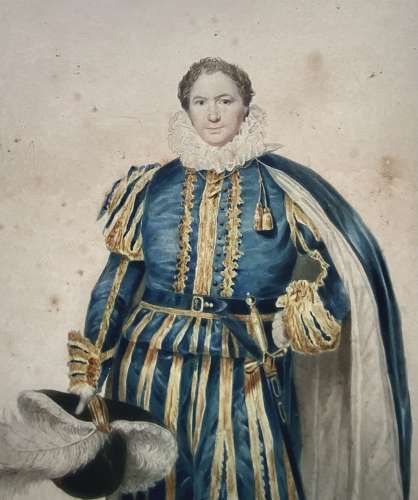 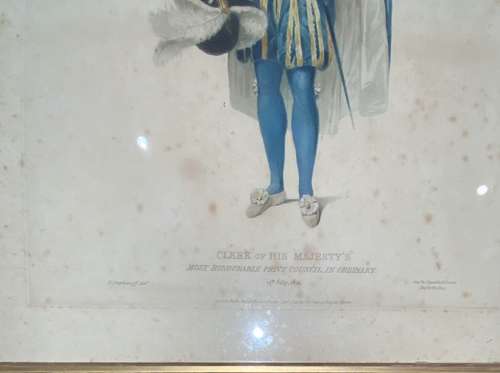