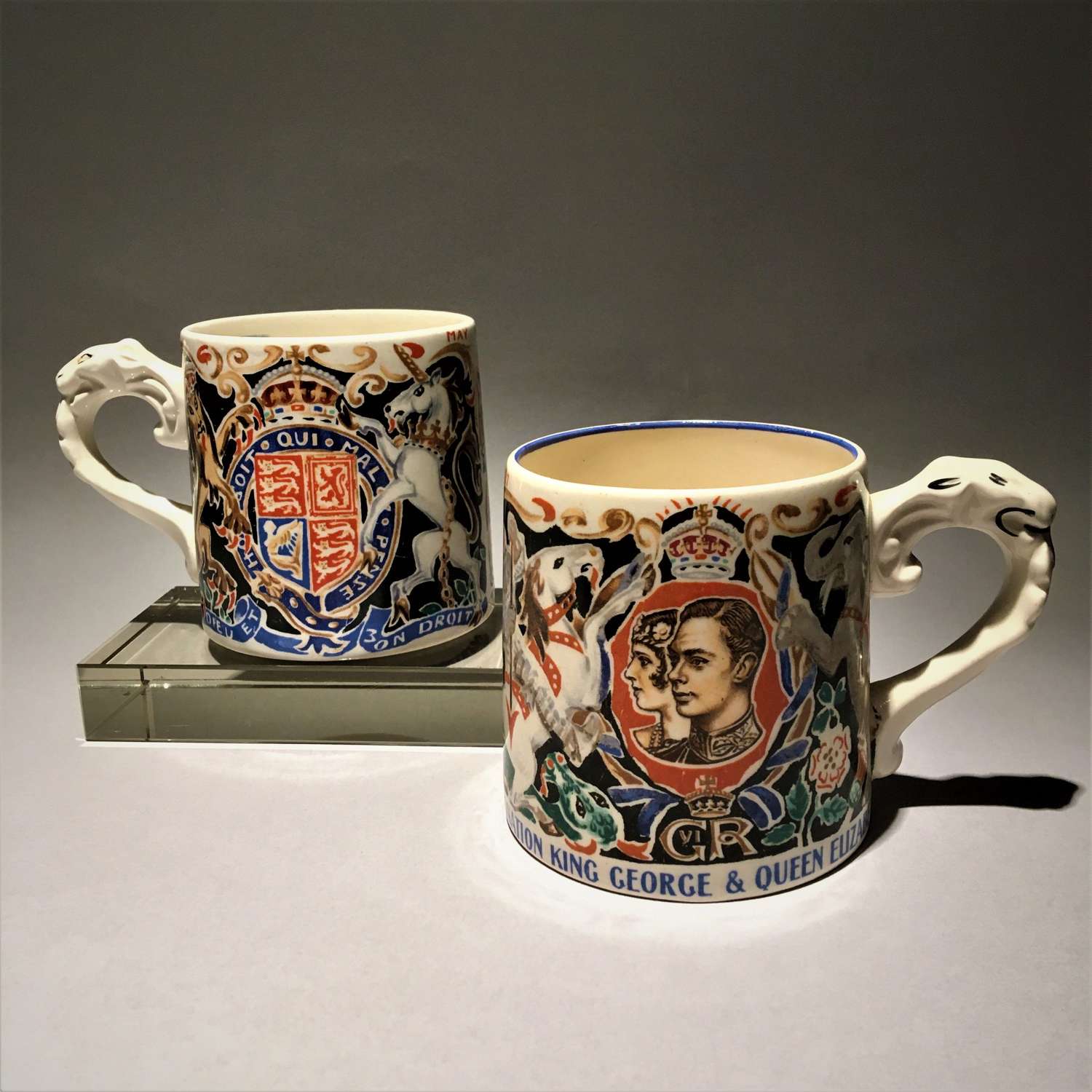 Each with their respective pottery marks and registration number "R.D. No. 814375/6" and "Designed & Modelled by Dame Laura Knight D.B.E. R.A." with the artist's facsimile signature around the "G.R.VI" crowned cypher.

The pattern for this official Coronation mug is referred to as the "circus design" because, along with the usual royal beasts and St George and dragon, there is an elephant incorporated within the decoration (probably originally included as a reference to the new King also being Emperor of India). The handle also takes the form of a lion with a puffed-out chest. These elements may also have been embraced because of Laura Knight's fascination with the circus from the 1920's onwards.

The design was originally conceived for the Coronation of Edward VIII, for which preperations had begun in January 1936 immediately following the death of his father, George V. Souvenirs went into production well ahead of the event, planned for May 1937. However, in December 1936, so that he might marry the twice divorced American socialite Wallis Simpson, Edward VIII abdicated in favour of his younger brother. Previous designs for royal souvenirs had to be quickly withdrawn and updated to commemorate a new event. Seemingly to meet the production targets of a dramatically curtailed timescale, a number of factories made mugs to very similar patterns. One of the mugs here is made by high-end maker Burleigh Ware, the other by Crown Ducal (though the enamelling on this latter mug is of slightlly lower quality, Crown Ducal mugs are generally more sought-after by collectors for their comparative rarity).

The design was extremely popular but disliked by Eric Ravilous who was preparing his own coronation mug pattern for Wedgwood.  He wrote of it:

"you should see the one Laura Knight has designed - bloody beyond description - The Wedgwoods say how bad the thing is, but point out how big the sales will be - I wish her well but it seems a pity... Old Josiah's own patterns are the most perfect pottery designs I've seen and... Dame L.K. must be giving him a turn just now".[1]

Similar mugs are encountered made by other factories to Dame Laura Knight's designs. These often have a simplified, standard form of handle (presumably made plainer to cut manufacturing costs and further speed up the production process). 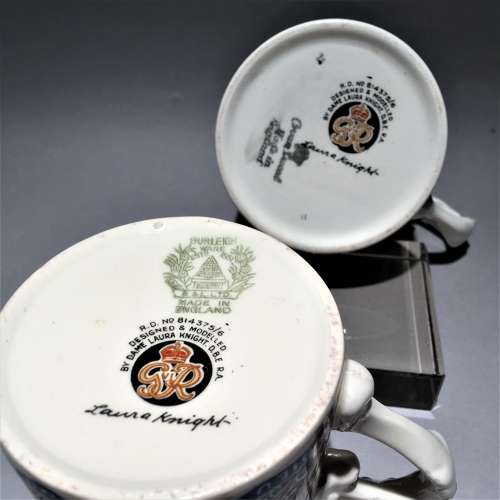