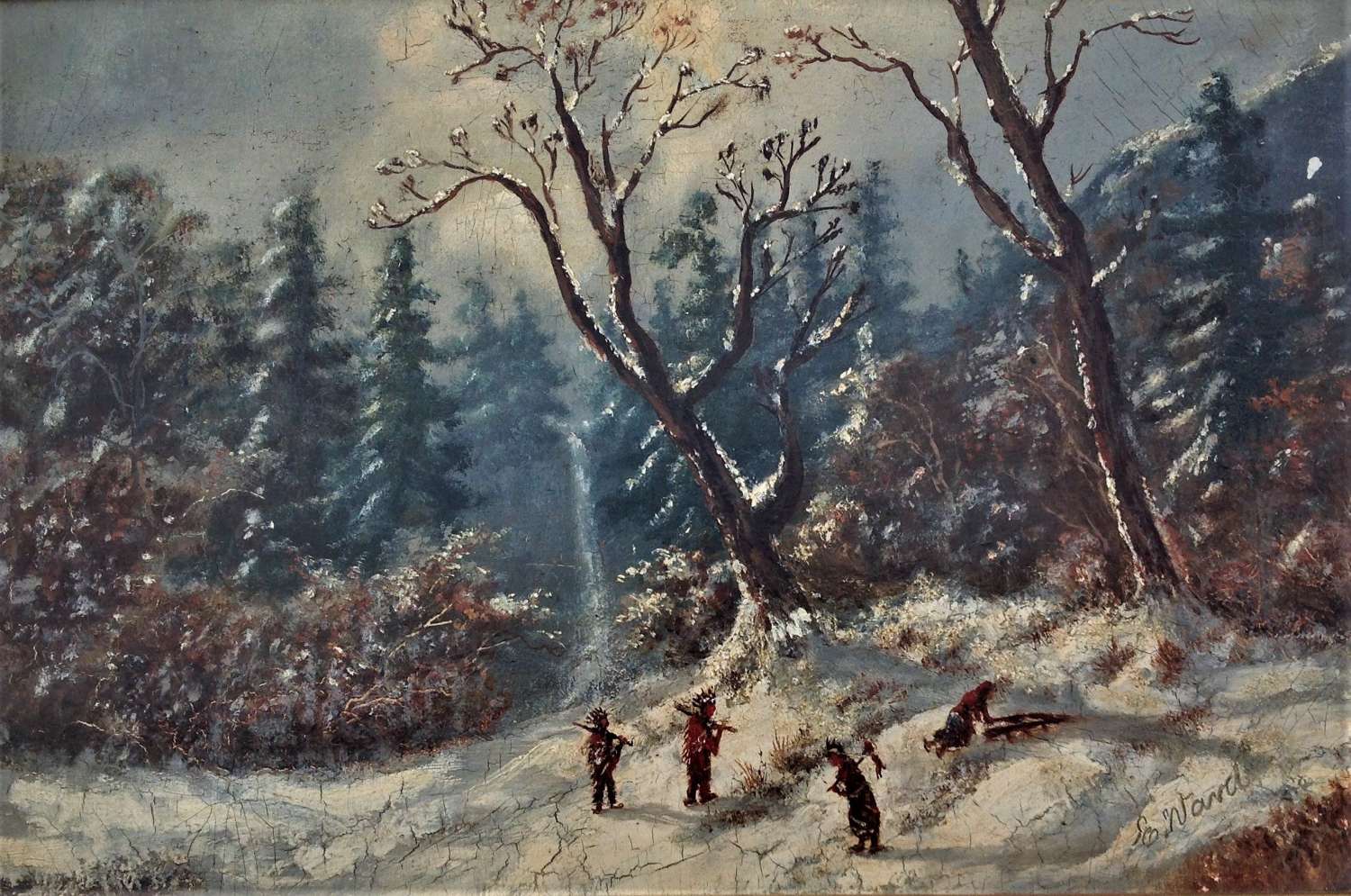 A fascinating topographical painting from Victorian Canada depicting First Nation, Native Americans out hunting in the snow. The signed "E Ward" and inscribed on the back "A Winter Scene, Dundas, Ontario, Canada, 1884, E Ward" and "To Maria &? our child? Warminster".

The scene (which is very much in the manner of Cornelius Krieghoff (1815-1872)) depicts four hunters in a woodland clearing. Three are wearing traditional feather warbonnet headdresses and are carrying rifles or spears over their shoulders, one of whom appears to have a caught a rabbit. A fourth, possibly a youth, is pushing a toboggan up an embankment. In the background there are snow dusted trees and a distant ribbon waterfall.

Dundas is a community within the vicinity of Hamilton at the western end of Lake Ontario, an area in which there are over 100 waterfalls and cascades. The topography depicted and the specific location of Dundas almost certainly identifies the scene as being near Tews Falls, a ribbon waterfall on the Logie's Creek watercourse. The indigenous population of this area were the Mississaugas, a subtribe of the Anishinaabe-speaking First Nations people. The image has a degree of sensitivity in its depiction of Native Americans living harmoniously in Canada in the period immediately after the Great Sioux War in the USA (after which numerous Lakota Sioux and Northern Cheyenne had sought refuge north of the border). It also predates the Ghost Dance War of 1890-91, during which the infamous Wounded Knee Massacre took place.

On the back of the panel, in addition to the ink inscription, there are various fragmentary labels and a hard to decipher pencil inscription which may be read "To Maria &? our child? Warminster". The reference to Warminster may indicate the artist was based at the British Army encampment at Warminster, Wiltshire, England and had been posted to the area of Canada where this scene was painted.