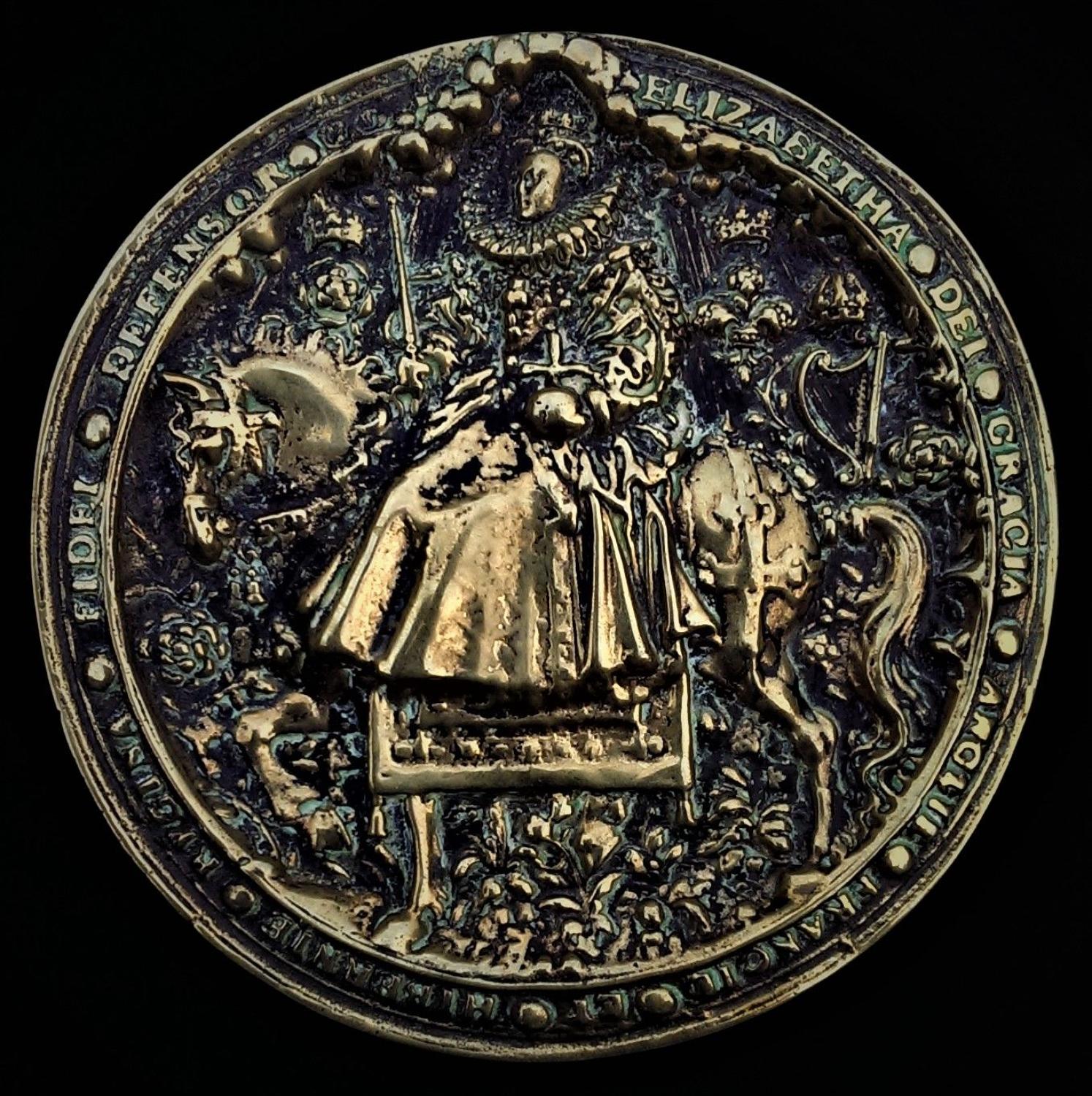 The Great Seal of the Realm was the most important of the official seals used to guarantee the authenticity of the document to which it was applied and to symbolise the Sovereign's assent to the matters contained therein. This brass paperweight, which shows Elizabeth I on horseback, represents the verso of the Queen's second Great Seal which was commissioned in 1584. This seal, which was in use from around 1585 to the accession of James I in 1603, replaced a version which had been in use since the Queen had come to the throne some 25 years earlier. The recto of the original seal showed the Queen enthroned, but here is blank.

Elizabeth instructed Nicholas Hillard, her official limner (or miniature painter), and Derrick Anthony (a goldsmith and her "graver of the mint") to design a new and grand Great Seal which was to be "of a connueniet massiveness meete for the work". The seal was, accordingly, larger than her first (which measured 4.9 inches in diameter) and was reserved for the great documents of State (smaller seals, such as the Privy Seal, were used for less important documents). The English ambassador to the Ottoman court however, recommended using the Great Seal on letters to Murad III, who, as the Sultan, could not read Latin but could "take pleasure to see the care taken in the outward forme". Tsar Ivan IV ("Ivan the Terrible") of Russia felt slighted when he received correspondence from Elizabeth which was sealed with a smaller seal believing that "everie Prince hath in his realme one prop[er] seale".

The 1580s were difficult years for Elizabeth and the timing of this commission is historically significant. Entering middle-age, childless, with various Catholic plots against her and conflict with Spain looming, it was hoped that her image would be bolstered by powerful new iconography, such as an updated Great Seal. This side of the seal is loaded with symbolism: the clouds part above Elizabeth and the sun's rays shine down on her; she rides sidesaddle whilst wearing her crown and holding the orb and sceptre (symbols of her spiritual and temporal power) across a field which is burgeoning with rose blossom and lilies (symbolic God's blessing, hope and prosperity, as well as emphasizing the Queen's virtuousness, bounty and courtly femininity). Her image is one of strength but, unlike her predecessors, she does not wear military dress. She is flanked by the symbols of her dominions (each with a crown above them): the Tudor Rose of England; the Fleur-de-Lys of France and the Harp of Ireland (the first depiction of an Irish Harp in Tudor sigillography). 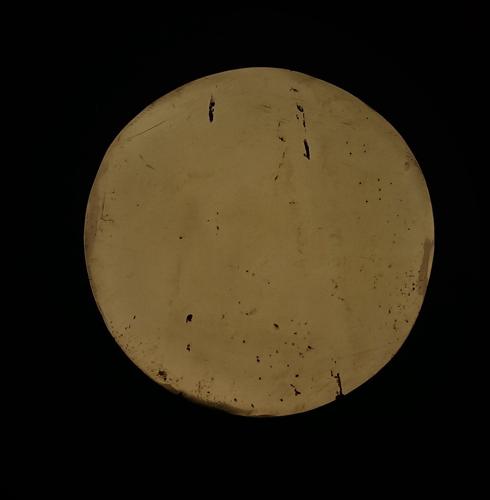