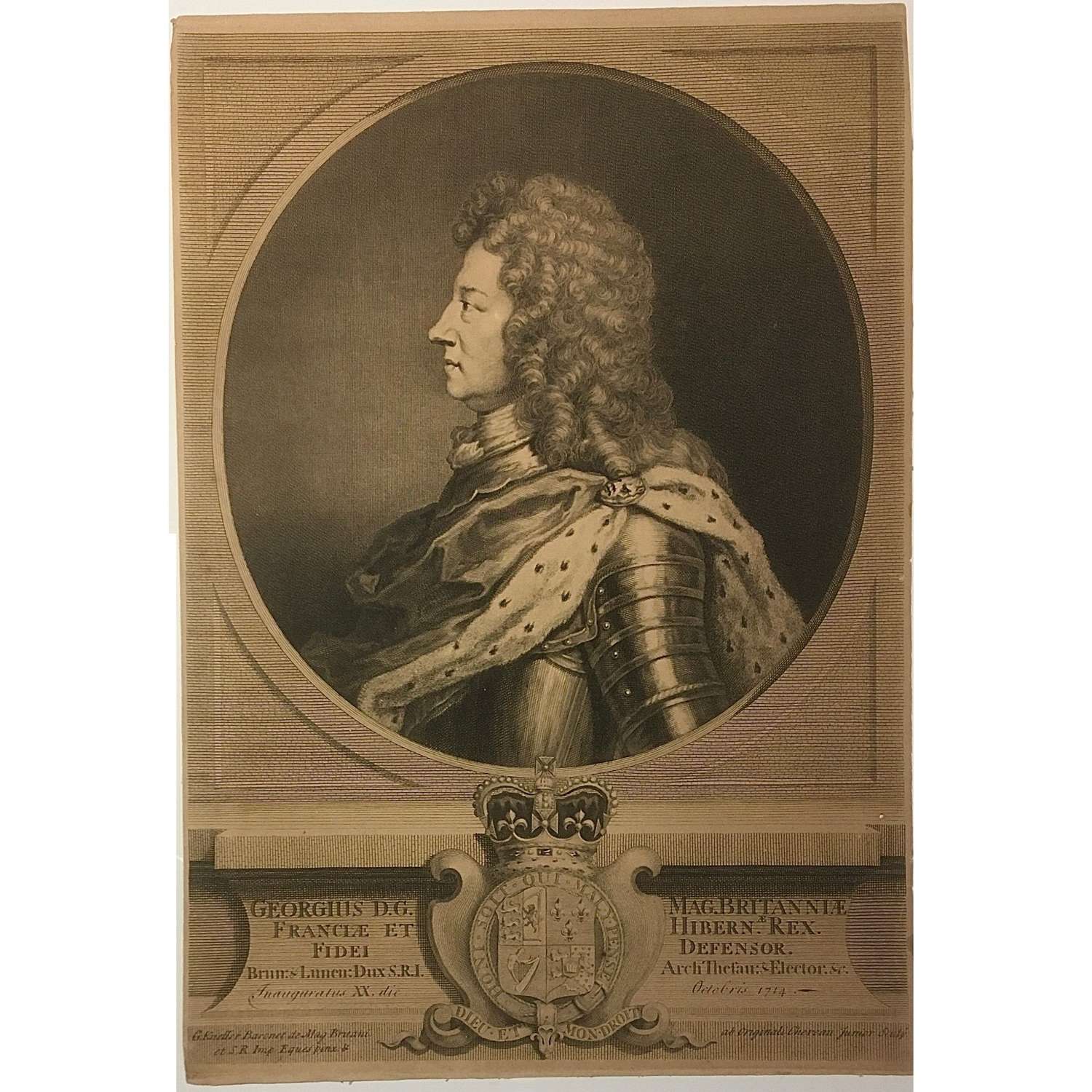 Provenance:
The Countess of Carnarvon according to a very old manuscript label verso (most probably Cassandra Willoughby (1670–1735)).

George Ludwig, Duke of Brunswick-Lüneburg and Elector of Hanover (1660-1727). As a great-grandson of King James I, he succeeded Queen Anne by Act of Settlement in 1714 to becoming King George I of Great Britain, France and Ireland. He was the first Hanoverian monarch of Great Britain and the first king of the "Georgian Era".

Literature:
Freeman O'Donoghue, Catalogue of engraved British portraits preserved in the Department of Prints and Drawings in the British Museum, London 1910, vol. 2, no. 12

Condition:
Linen backed. "Countess of Carnarvon" manuscript label verso. Trimmed to on or near the platemark (though with small margins top and bottom). Very minor worm holes towards the border of the engraved entablature, right. A good, well preserved and attractively toned impression of this scarce print. 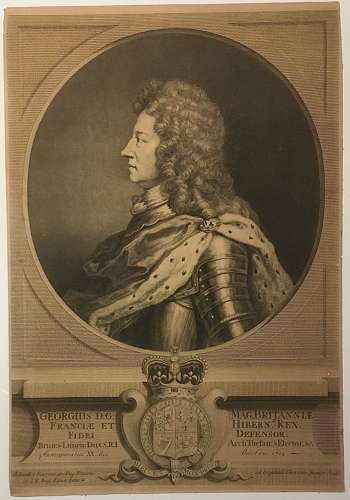