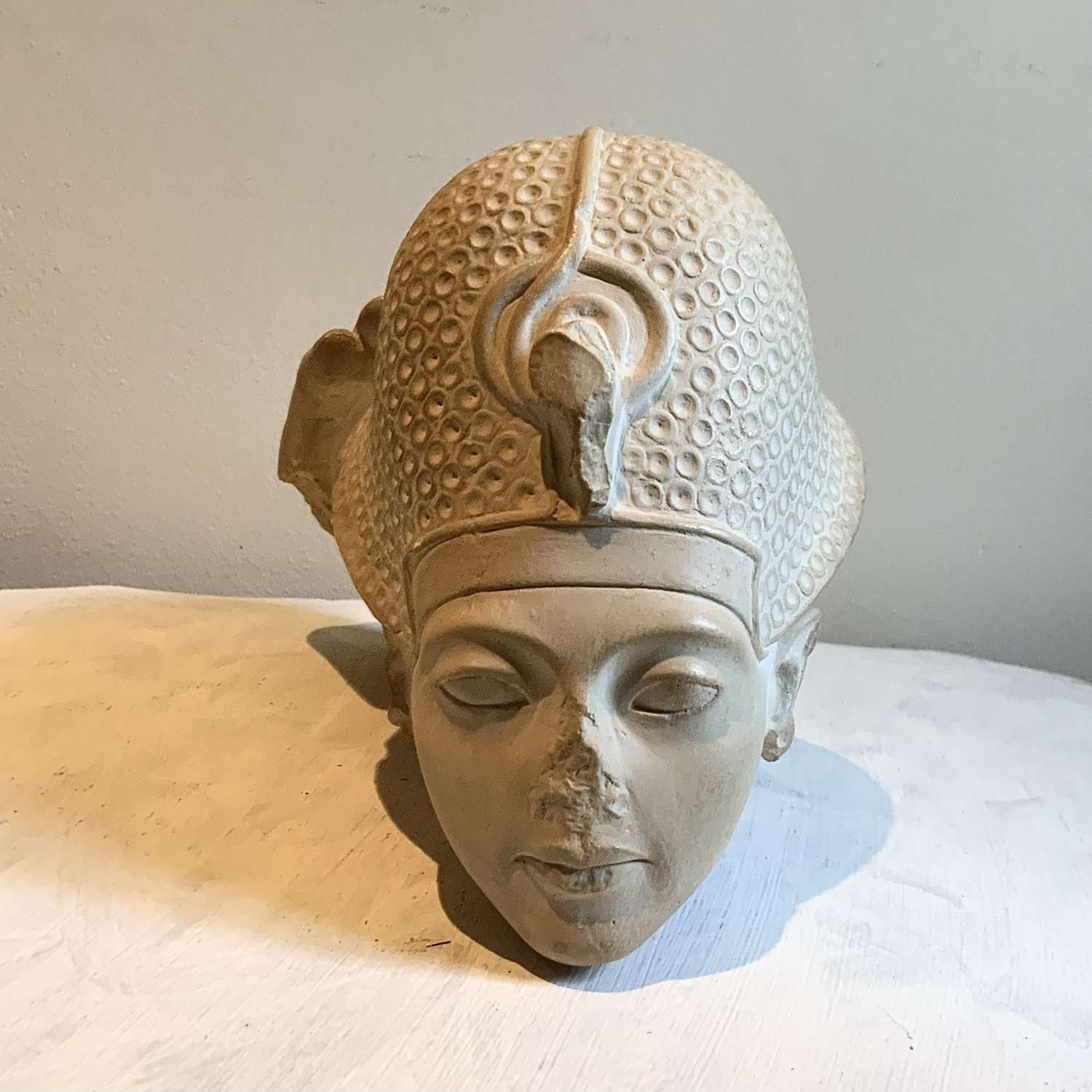 A Facsimile of a Fragmentary “Head of Tutankhamun”
now in the  Metropolitan Museum of Art, New York
20th Century Ceramic Cast after a
New Kingdom Dynasty 18 Original
Egypt
Circa 1330 BC/20th Century

In this fragmentary image Tutankhamun is depicted wearing a helmet covered with disks with royal symbol of the "Uraeus" or "rearing cobra"  to the front. This headdress, commonly known as the "khepresh" or  "blue crown", was one of the various "Crowns of Egypt" worn in the iconography of the pharaohs. The large hand touching the back of Tutankhamun's head indicates that he was being blessed by what would originally have been a larger figure of a god seated behind him. It has now been identified that the  Metropolitan's head came from a much damaged limestone statue of the seated god Amun, located at Karnak in Thebes.

This high quality ceramic facsimile of the original ancient stone head is a convincing copy and provides a fascinating talking point. It does not seem to have been made widely available. 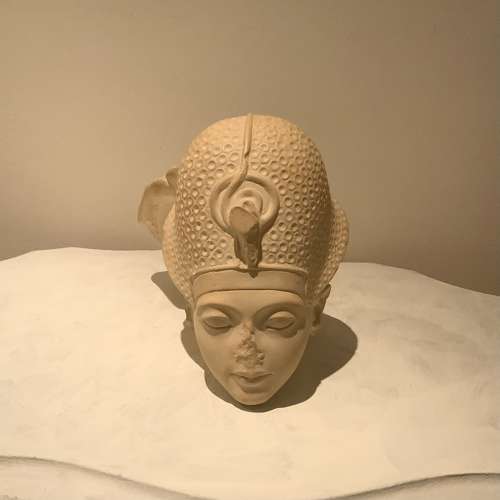 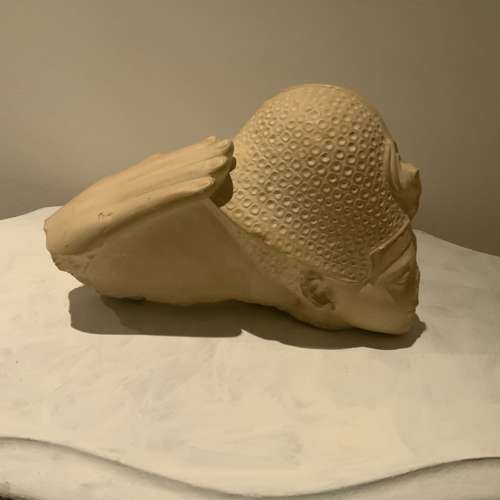 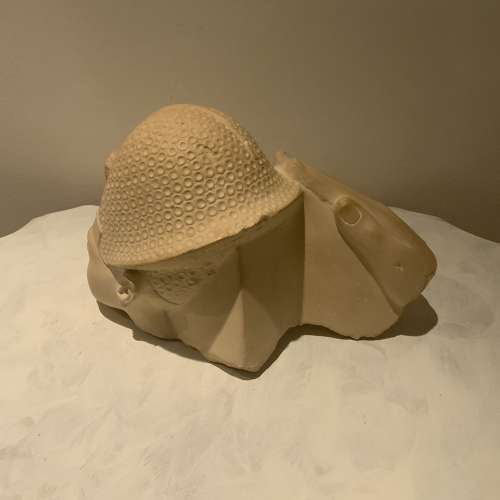 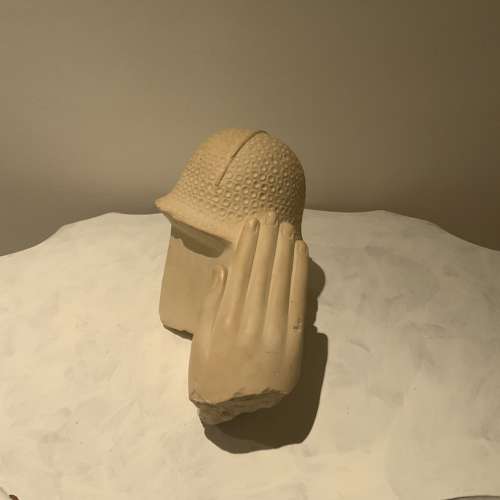 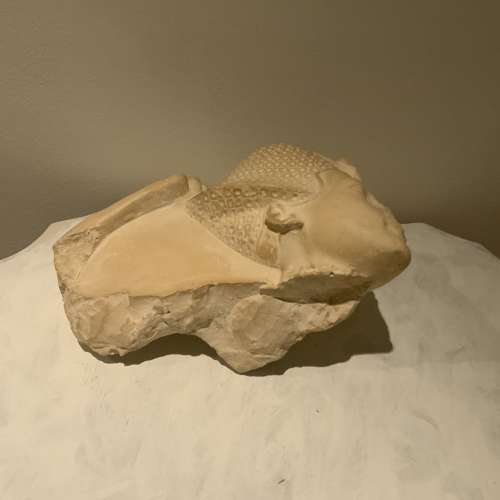