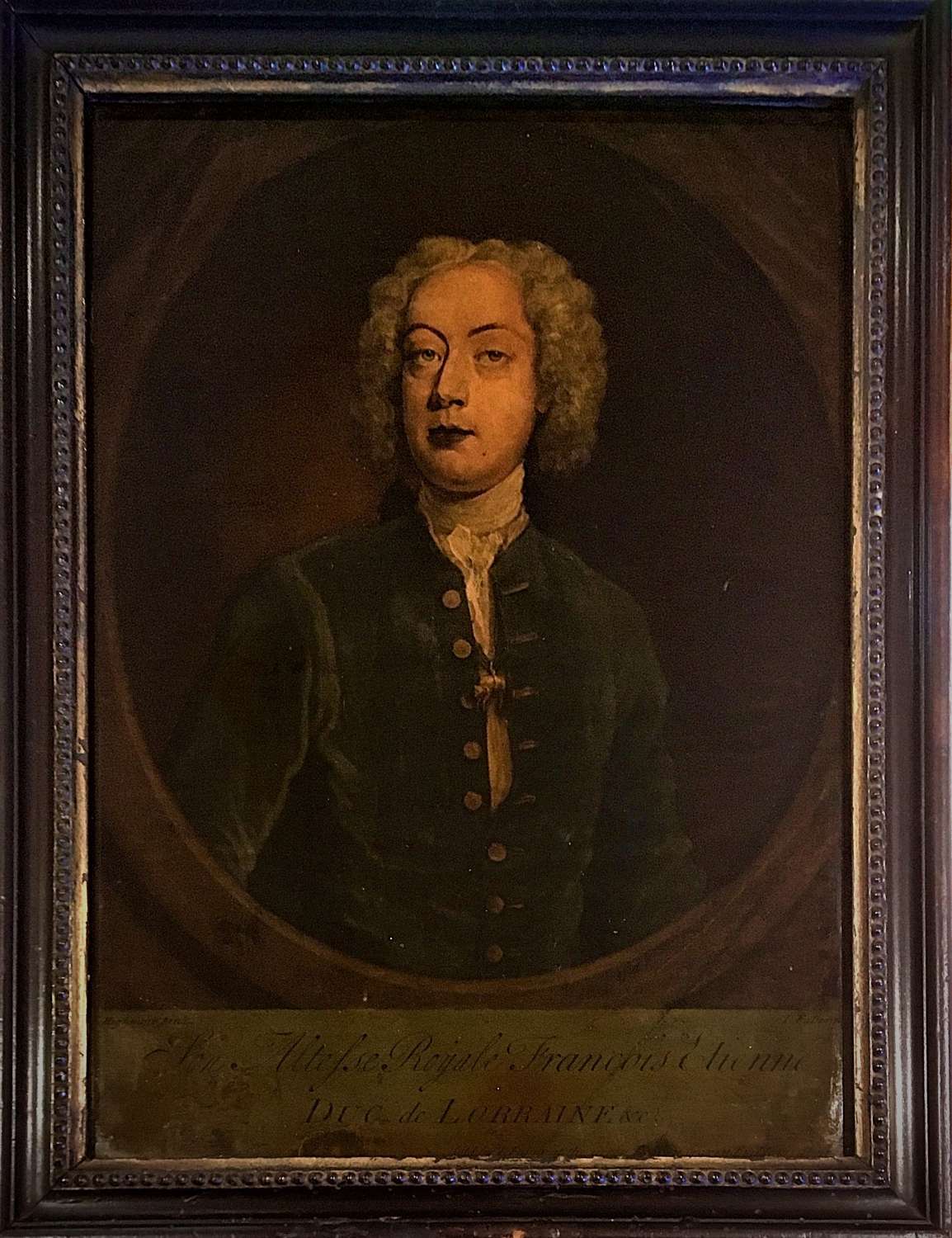 Portrait as a young man, half-length, looking towards the viewer, turning slightly to the left. With wig, frilled cravat, jacket partly unbuttoned, with the Order of the Golden Fleece showing. Within a feigned oval border.

The print almost certainly dates to 1731 when Francis made a visit to England. He had been initiated as a Freemason at British Embassy in the Hague earlier in the year and in November travelled to London and also stayed with Sir Robert Walpole at Houghton Hall in Norfolk. He was accompanied by Lord Lovel (Thomas Coke, later Earl of Leicester), a leading Freemason and Grand Master of the Premier Grand Lodge of England. During his stay Francis was raised to the degree of Master Mason and, for a while after, it became a custom for many Lodges to drink the health of "Our Brother of Lorraine".

François Étienne married Maria Theresa of Austria at the Augustinian Church in Vienna in 1736, a union which founded the dynasty of the Royal House of Habsburg-Lorraine. Through his marriage he became Holy Roman Emperor (1745–1765) and Archduke of Austria (1740–1765). Amongst the sixteen children from their union was Marie Antoinette, Queen of France, executed in 1793.

Reverse Glass Mezzotints were popular in the 18th and early 19th centuries. For the manufacture of these, mezzotint prints were produced on especially thin paper which was then stuck down on one side of a sheet of glass. The paper was then shaved even further and then the image coloured from behind with oil paint, giving a highly finished appearance, with a distinctive glow, more resembling an oil painting than a print.

Very good condition with attractive age-related toning to the colours.