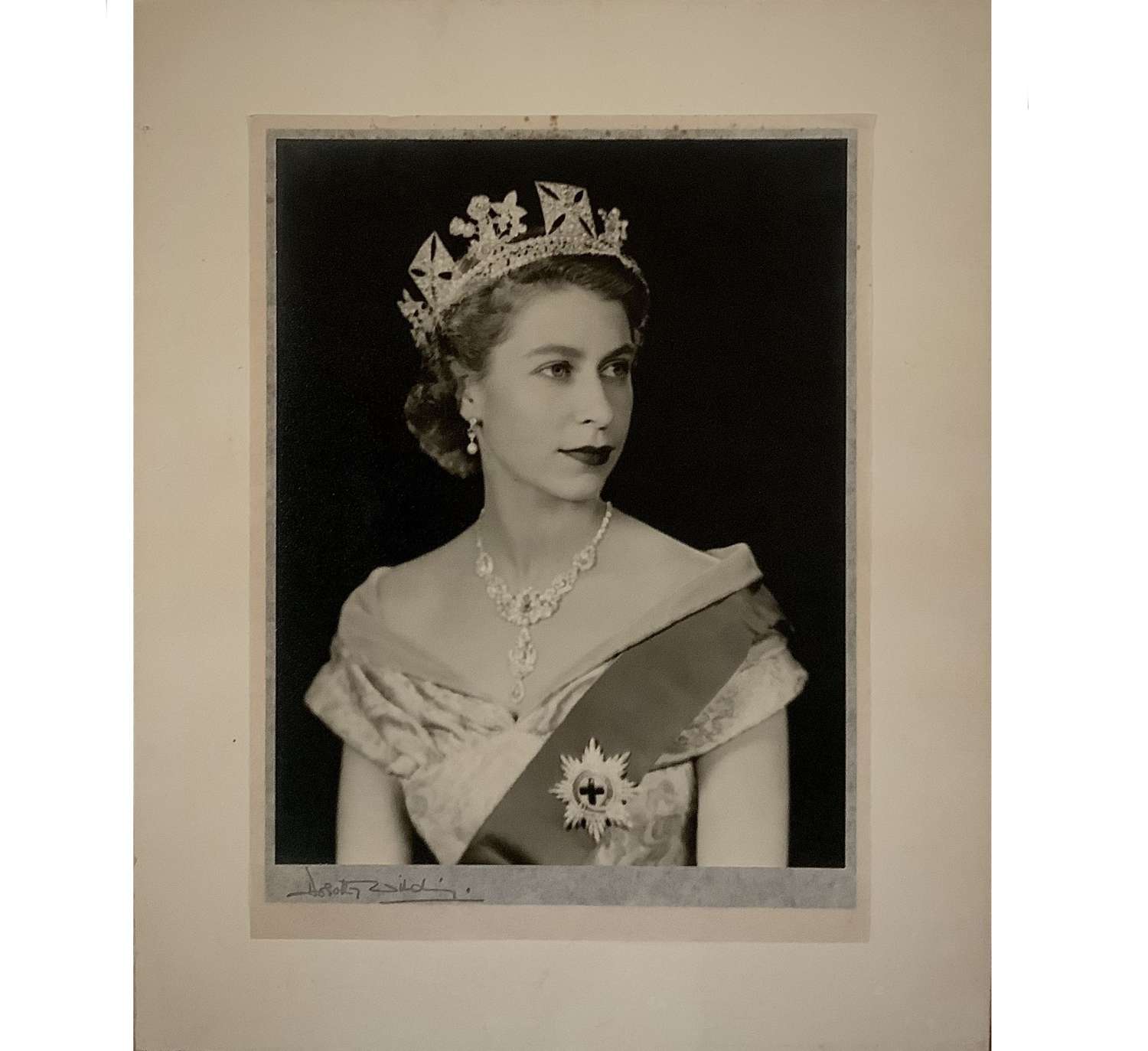 A large format card and tissue mounted bromide photographic portrait print of the "Accession Photograph" of HM Queen Elizabeth II. Half-length, looking to her left, wearing George IV's Diamond Diadem, the Nizam of Hyderabad's Necklace, a satin dress designed by Norman Hartnell, with the sash of the Order of the Garter Star to which is pinned a diamond-set Garter Star. Dark background. Label verso for "Dorthy Wilding Portraits Ltd, Seven Old Bond Street, London, W1" with manuscript print reference number "015957 / 0". The print hand touched during development in the photographer's studio dark-room with blemishes removed and highlights to the lipgloss and eyelashes.

Dorothy Wilding was the first woman to be appointed as Official Royal Photographer and this striking image was taken just twenty days after the Queen’s accession to the throne. This photograph (referred to as the "Accession Photograph"), along with other images from the same sitting, was used to design new currency and stamps all over the world.

For an similar (though smaller) print, which hangs in the Cabinet Office at 10 Downing Street, see Government Art Collection [GAC number 10433].