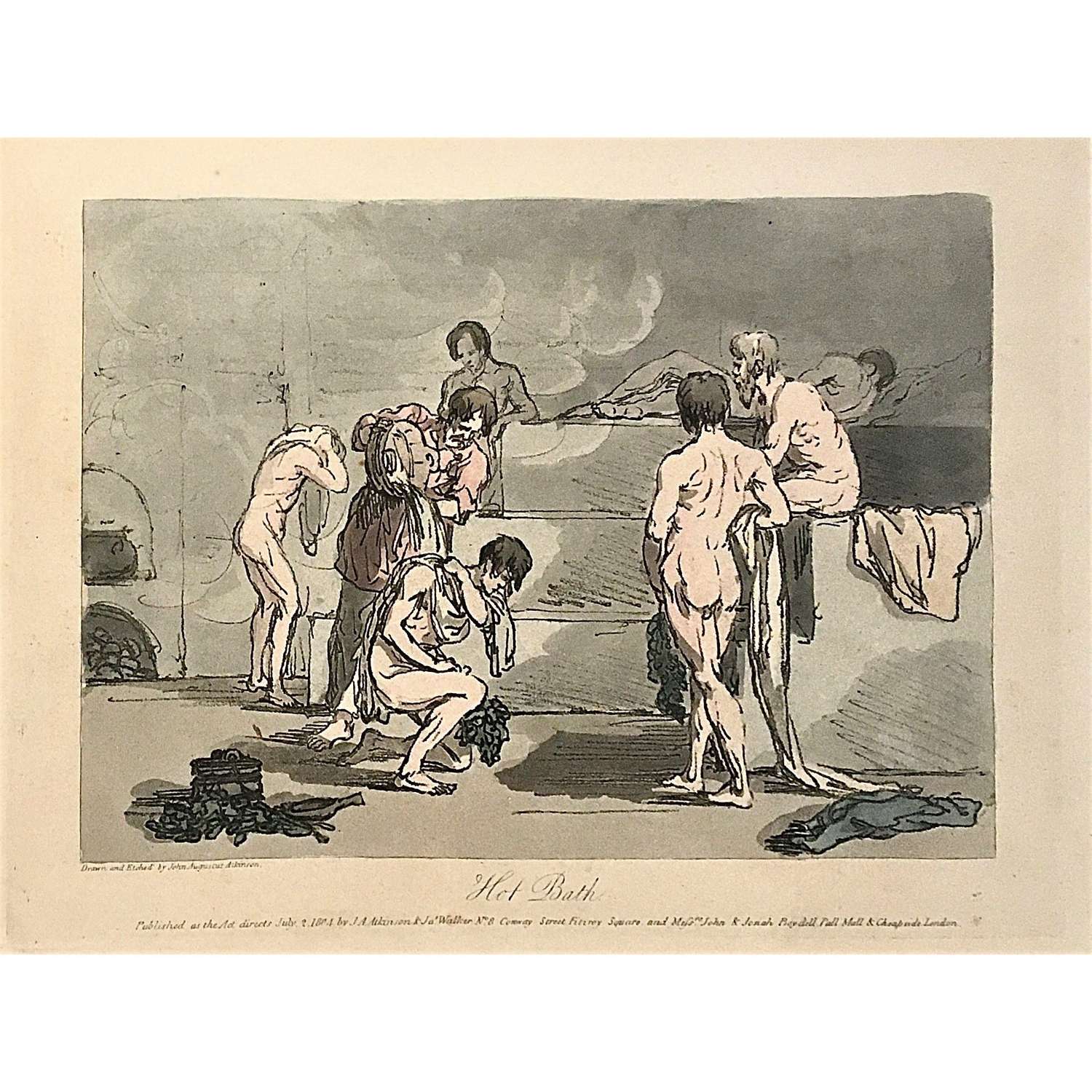 A depiction of naked men bathing in the steam room of a Russian banya. Lettered beneath the image with the title "Hot Bath" with the artist's details "Drawn and Etched by John Augustus Atkinson" and with the publication line "Published as the Act directs July 2 1804 by J. A. Atkinson and Jas. Walker, No.8 Conway Street, Fitzroy Square and Messrs. John & Josiah Boydell, Pall Mall & Cheapside, London".

John Augustus Atkinson (1775-1830) travelled to Russia between 1784 and1802 along with James Walker (1748--1808?), who may have been his step-father. On his return to England he made various prints after illustrations of the sights he had seen. These were published, along with a text written by James Walker, and published in a work, now highly sought after by collectors, entitled "A picturesque representation of the manners, customs, and amusements of the Russians, in one hundred colour plates; with an accurate explanation of each plate, in English and French. In three volumes." This print entitled "Hot Bath" appeared as plate 73 in Volume III.

Well presented in a neutral, academic museum style frame with a plain mount. 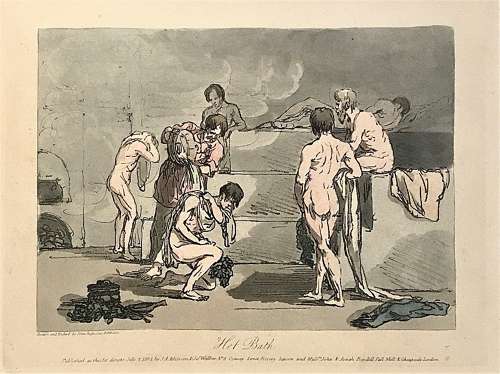