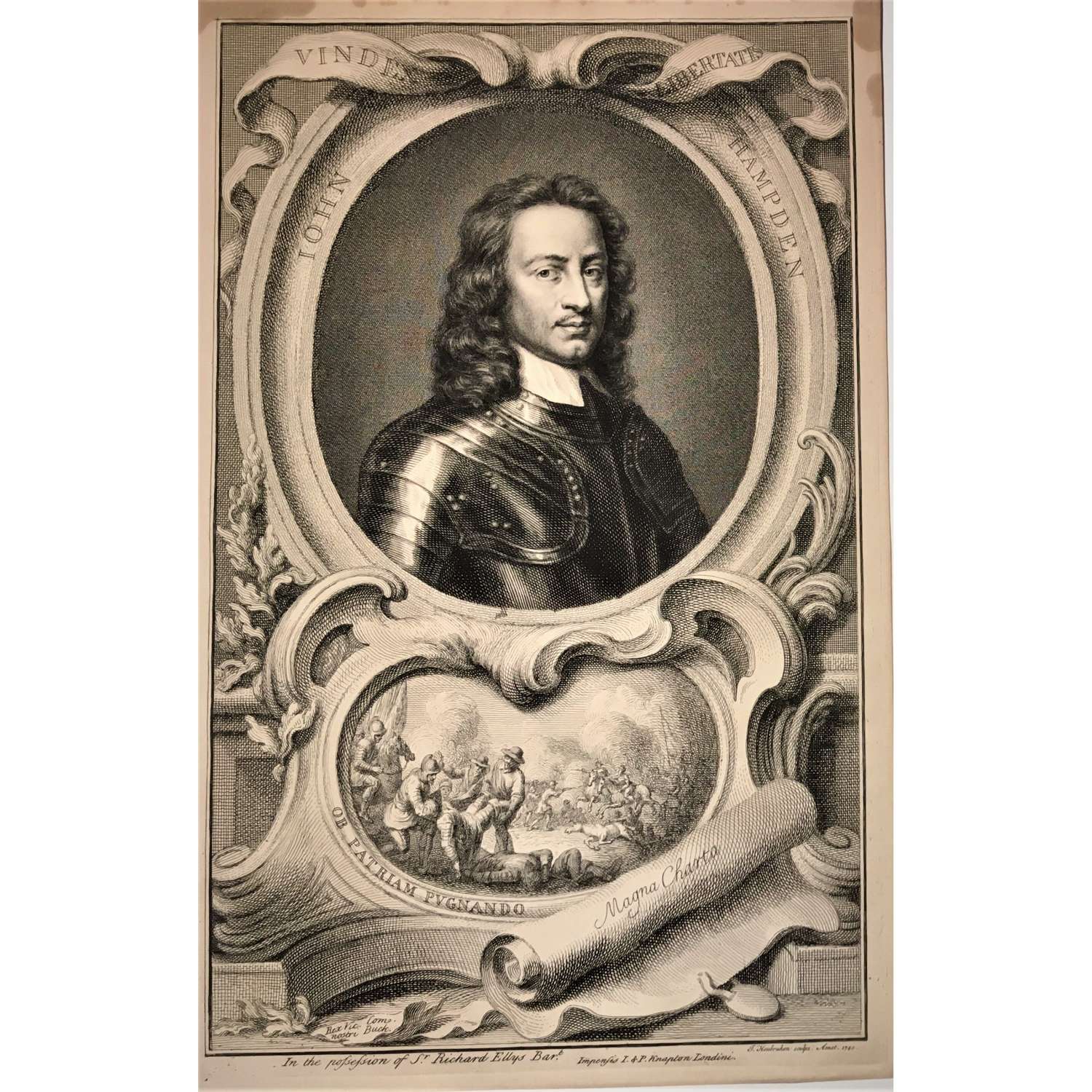 Sitter within a feigned architectural oval with his name, a scroll above reading "VINDEX LIBERTATIS" [Champion of Liberty] an image of a battle in a cartouche beneath a wounded man being aided with the line "OB PATRIAM PUGNANDO" (Fighting for their country) with a sealed scroll with "Magna Charta" written upon it, further scraps of paper with "Rex.Vic.Com.nostri.Buck." Publication line in the lower margin "In the possession of Sr. Richard Ellys Bart.", "J. Houbraken sculps. Amst. 1740", "Impensis I.&P. Knapton Londini."

John Hampden was a Buckinghamshiren landowner, Member of Parliament and cousin of Oliver Cromwell. Following his opposition, with other MP's, to the payment of arbitrary taxes to the crown, Hampden was one of the "Five Members" whom Charles I attempted to arrest by entering the House of Commons accompanied by armed soldiers on 4 January 1642 - a breach of "parliamentary privilege". The five escaped before the King was able to seize them but the event became one of the catalysis for the start of the English Civil War. In the ensuing conflict Hampden commanded a regiment of foot, he was mortally wounded at the Battle of Chalgrove Field in Oxfordshire on 18 June 1643 (a scene recorded in the vignette in this print). As an honest, principled, and patriotic man he was mourned by both sides and became a symbol for those struggling against tyrannical authority (hence the "VINDEX LIBERTATIS" [Champion of Liberty] banner). 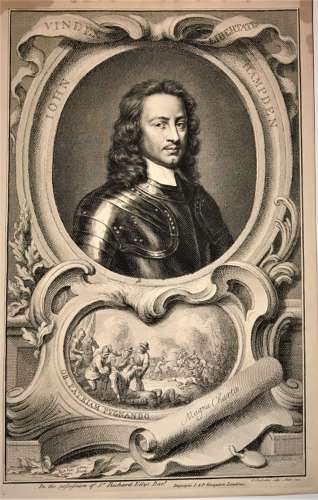