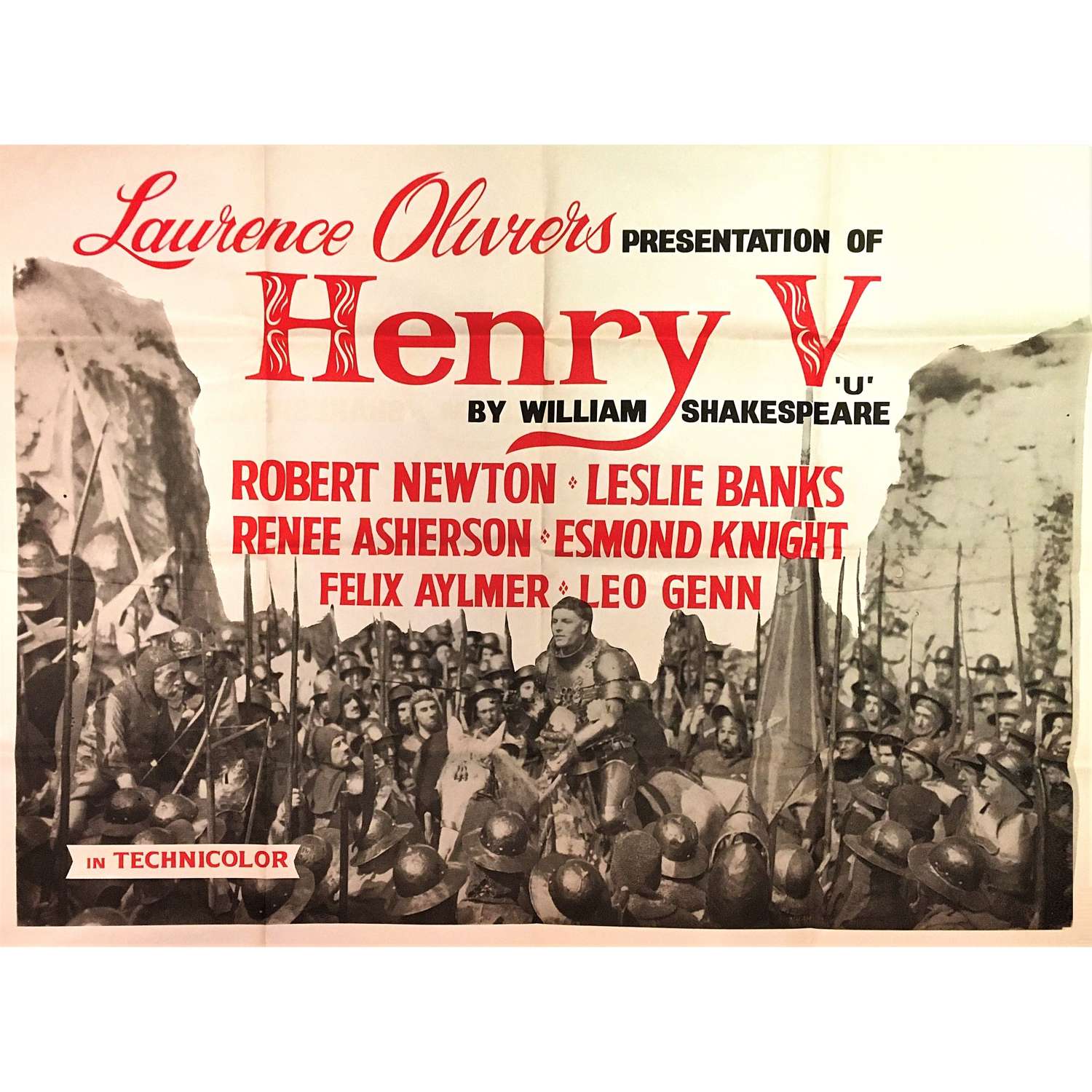 "I see you stand like greyhounds in the slips,
Straining upon the start. The game's afoot:
Follow your spirit, and upon this charge
Cry "God for Harry, England, and SAINT GEORGE...!"

There have been few renderings of the rallying cry, penned by Shakespeare in his Henry V, which are as poignant and spine-tingling as that delivered by Laurence Olivier in his 1944 film-version of the play. The lines come as an English army, which has landed in Normandy, prepares to charge once more at the enemy's lines during the Battle of Harfleur. It was no coincidence that Olivier chose to make this film at a time when English forces were again involved in a conflict in exactly the same geographical place. Accordingly the film was "dedicated to the 'Commandos and Airborne Troops of Great Britain the spirit of whose ancestors it has been humbly attempted to recapture.'"

St George's day is, of course, also the birthday of William Shakespeare. This scarce UK Quad size poster (measuring 30 inches x 40 inches) is for the first cinema release of Laurence Olivier's "Henry V" in 1944. The image in the poster depicts the exact moment in the film where Olivier delivers the famous "Once more unto the breach" speech which concludes "Cry God for Harry, England, and Saint George!". The predominantly red and white colouring of the poster mirrors the St George's Cross flag of England.

Produced, Directed and Starring Laurence Olivier, Henry V was a major big-screen adaptation of William Shakespeare's epic history play. It is listed within the 'Top 20' of the British Film Institute's 'Top 100 British Films of All Time' and often described as a "masterpiece". Olivier's delivery of the Bard's famous "St Crispin's Day" speach, as depicted in the poster, is particularly rousing. Made to be an inspiration to those fighting in WWII, with obvious paralells at the time to a British force setting sale to fight in France and to try and win a great victory against the odds. The film won Olivier an Academy Honorary Award for "his Outstanding achievement as actor, producer and director in bringing Henry V to the screen." The score by William Walton is also considered to be a classic of cinema music. 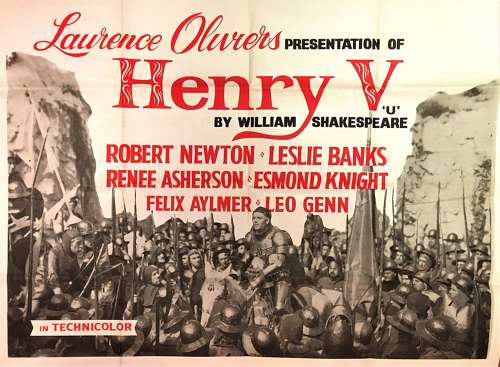 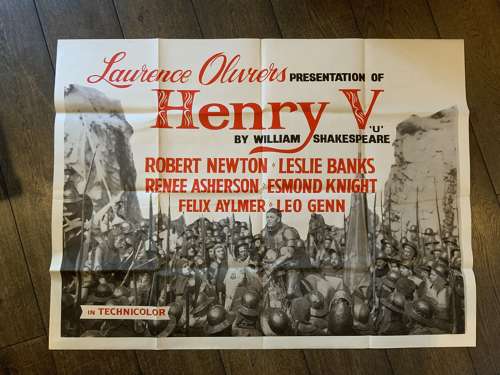 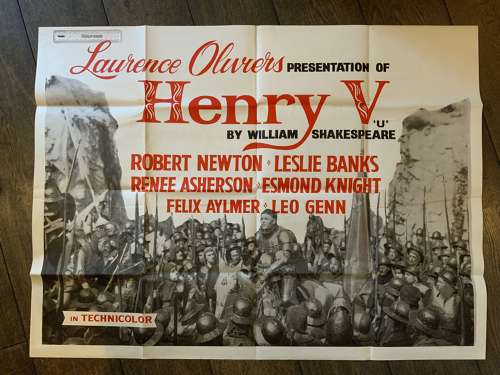 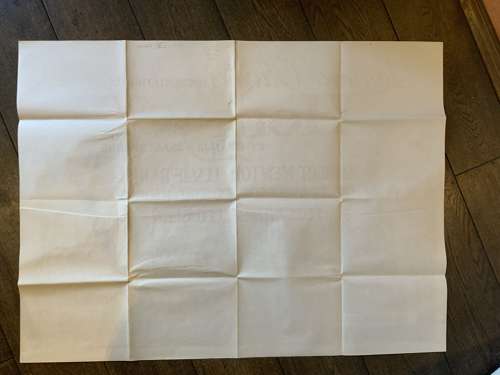 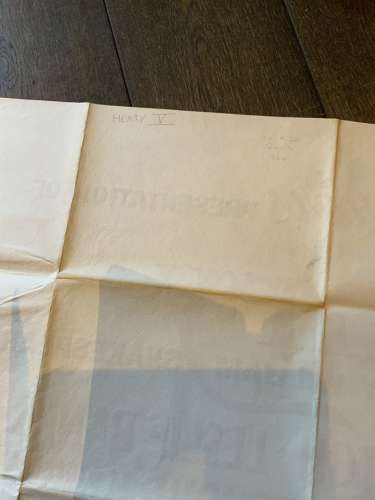