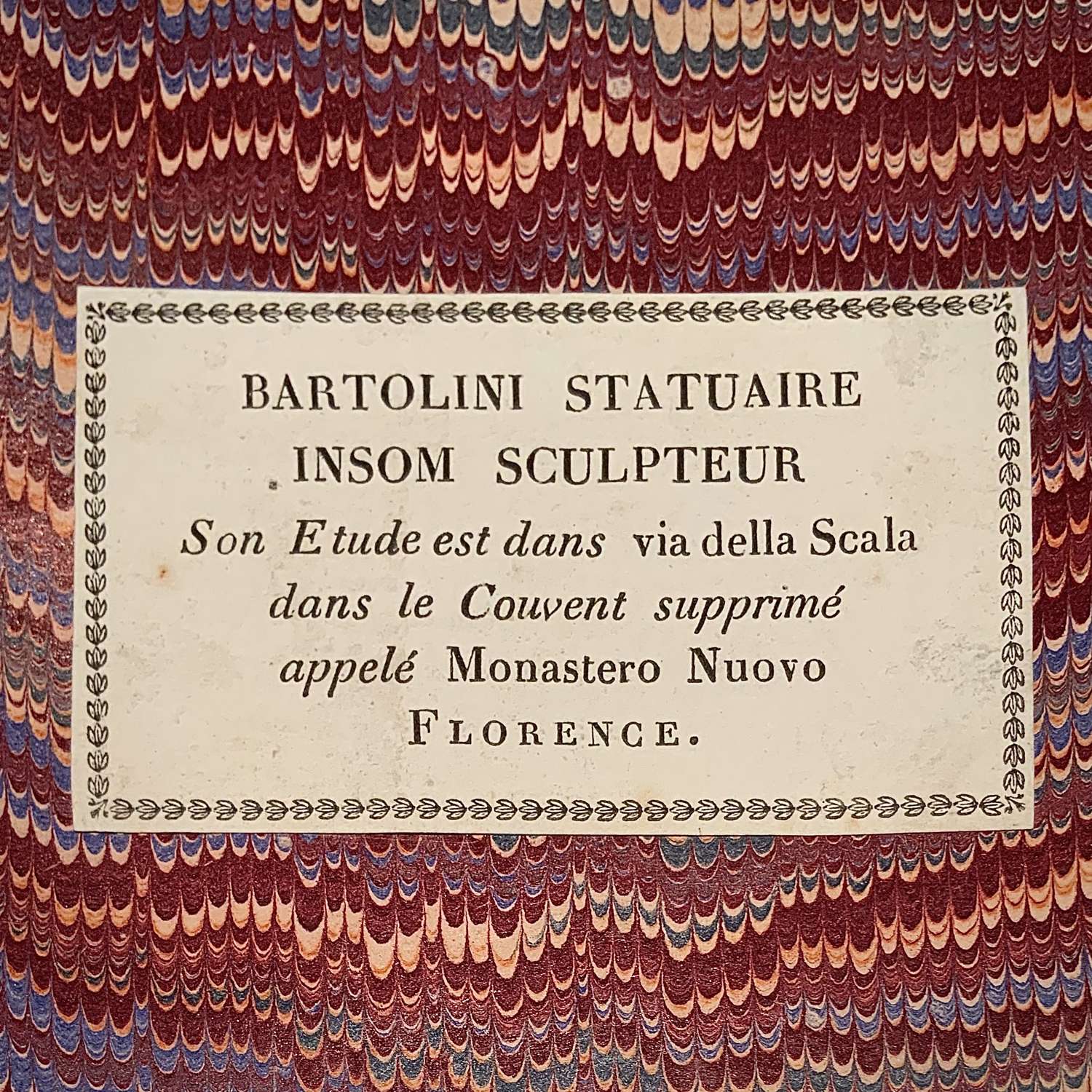 Lorenzo Bartolini was born in Tuscany and studied at the Accademia di Belle Arti in Florence. He travelled to Paris in around 1799. In Paris he entered the studio of Jacques-Louis David (1748–1825) where he trained alongside Jean-Auguste-Dominique Ingres (1780–1867), with whom he went on to share a studio in the former Capuchin Convent on Rue de la Paix. He became a favoured sculptor for Napoléon, who sent him to Carrara in 1807 to direct the Academy of Sculpture and to set up a workshop dedicated to the production of portraits of the Bonaparte family. On his return to Italy he is said to have been viewed as French. After the fall of Napoléon, Bartolini settled in Florence where his Grand Tour patrons included Thomas Hope and the 6th Duke of Devonshire.

Within Lorenzo Bartolini's Archive, held by the Galleria dell'Accademia in Florence, are various receipts, dated between 1815 and 1819 for payments made to Giovacchino and Raffaello Faldi for the rental of a studio and several rooms shared with Giovanni Insom in the "suppressed convent known as the Monastero Nuovo in Florence". Bartolini had first met Insom (who heralded from the Trentino Southern Tyrol region) when they were both young apprentices in the workshop of the brothers Pietro and Giovanni Pisani in Prato. Although Lorenzo Bartolini is now the more famous of the two sculptors it was Insom, two years his senior, who took Bartolini under his wing and protected him from the rough foremen of the Pisani brothers' workshop. Giovanni Insom, along with a French revolutionary refugee, familiarized Bartolini with the ideas neo-classicism, being preached in France by Jacques-Louis David, and encouraged their young collegue to travel to Paris.

It seems that Lorenzo Bartolini repayed Giovanni Insom's earlier kindness by sharing a studio with him on his return to Florence.  In the 1830's it was Insom who was assigned to produce the sculpture of Benvenuto Cellini in the gallery of illustrious Tuscans, displayed in the Loggiato of the Uffizi. (Lorenzo Bartolini produced the statue of Niccolo Machiavelli). 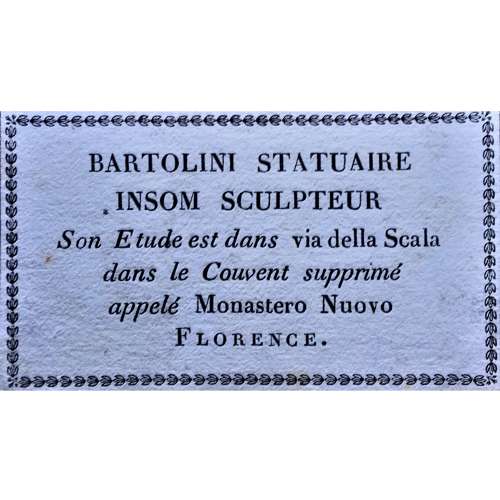 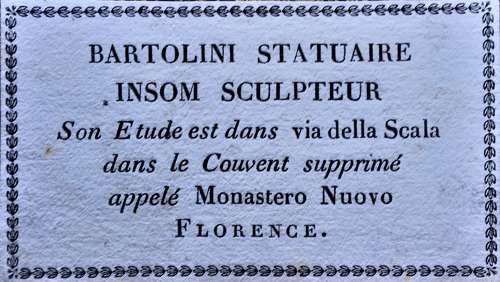 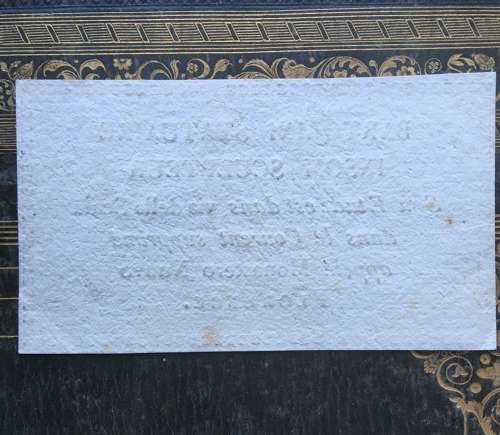