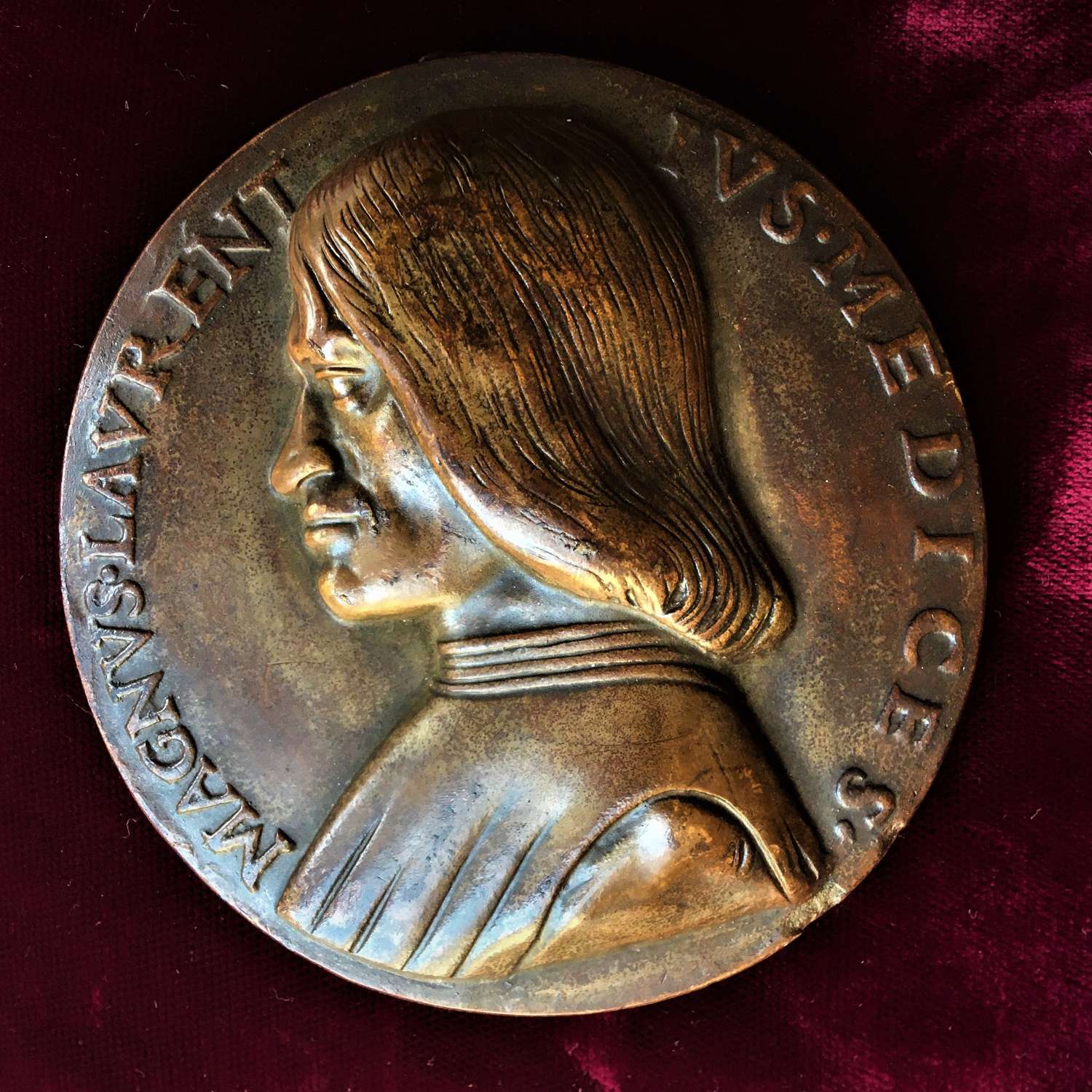 Uniface plaster plaque with the bust of Lorenzo the Magnificent (1448-1492) facing left, in tunic, bare-headed; inscription around reads "MAGNVS . LAVRENTIVS . MEDICES" ["The Great Lorenzo Medici"]. Taken from the portrait side of a medal by Niccolo Fiorentino (1430-1499).

Lorenzo de' Medici (1 January 1449 - 9 April 1492) was an Italian statesman and the de facto ruler of the Florentine Republic during the Italian Renaissance. Known by contemporary Florentines as Lorenzo the Magnificent (Lorenzo il Magnifico), he was a diplomat and politician. He is perhaps best known as a patron of the arts, venturing large amounts of money to artists, architects and writers to create masterworks. Those who he supported included Verrocchio, Botticelli, Leonardo da Vinci and Michelangelo.

Niccolò Fiorentino (Niccolò di Forzore Spinelli) was born into a family of Florentine goldsmiths and ranks among the leading portrait medalists of the Italian Renaissance. Working in high relief, Niccolò created effigies that were bolder in scale and more realistic in their portraiture than anything produced before.