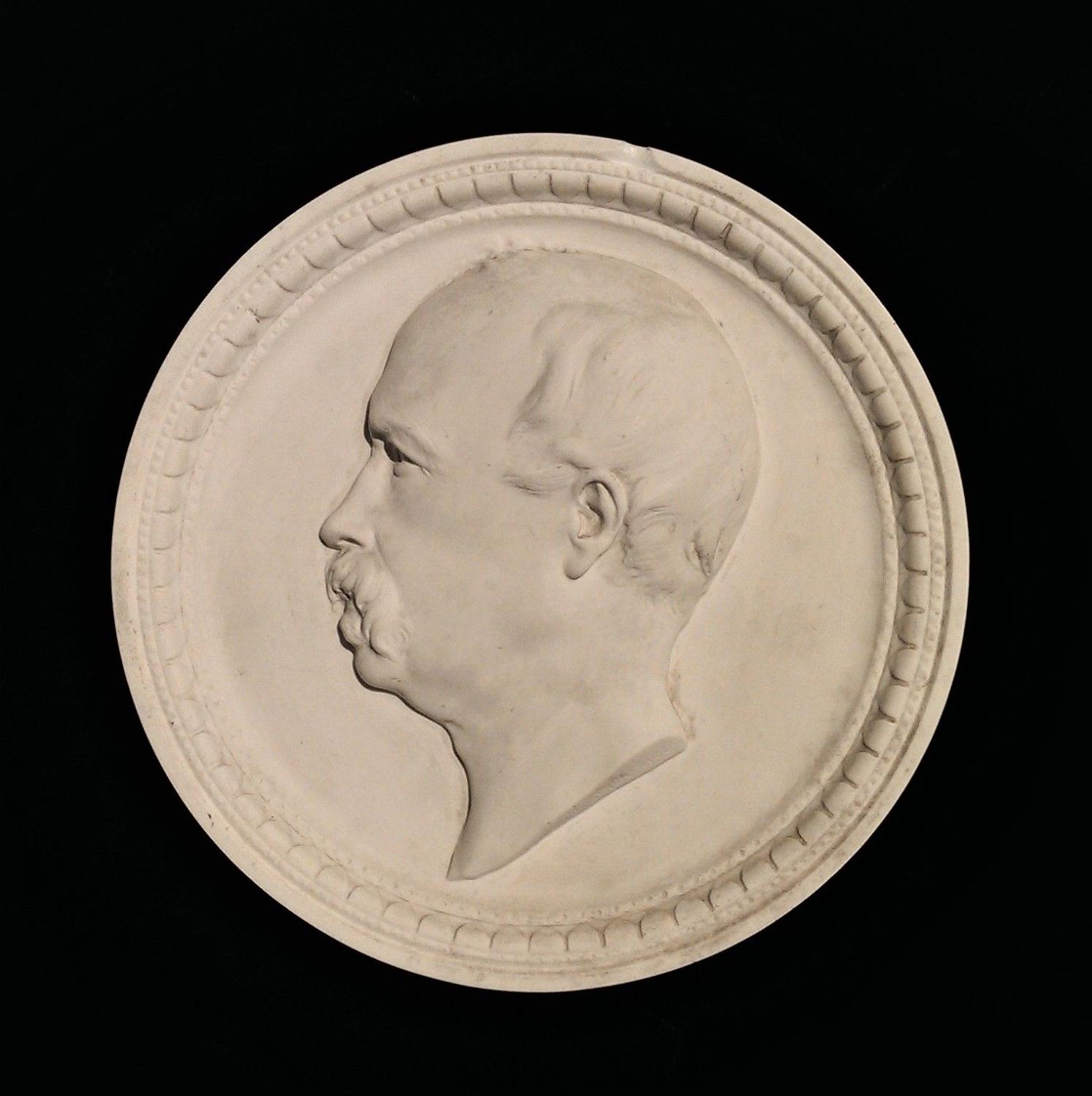 This rare wall-plaque portrait of Patrice de MacMahon (who served as the second President of the Third French Republic (from 1873 to 1879)) was sculplted by Albert-Ernest Carrier-Belleuse (1824-1887) and dates to 1876. In that year the distinguished sculptor became Director of Sèvres.

Carrier-Belleuse was a founder member of the of the Société Nationale des Beaux-Arts in 1862. He was Auguste Rodin's master from 1864-1870 and continued to employ his pupil periodiclly whilst at Sèvres. He aimed to revitalize the Sèvres factory and greatly expanded production and improved the quality of its models.

Before entering politics, MacMahon had a sucessful military career. Following his victory at the Battle of Magenta in Italy during the Franco-Austrian war of 1859 he had been made Marshal of France and was awarded the title Duke of Magenta by Napoleon III. Following the Franco-Prussian War of 1870-71 he was instrumental in the suppression of the Paris Commune, an action which made him a hero of the right and, ultimatey, led to his election as President of the Third French Republic in 1873. By heart a monarchist, MacMahon's Presidency was reactionary but, in the end, relatively successful with the continued recovery of France after the humilating defeat of the Franco-Prussian War and an acceptance of the Republic over another restoration of monarchy.

Few copies of this plaque are known. The Joconde Database of French museum collections indicates that there are no copies in any museums in France. 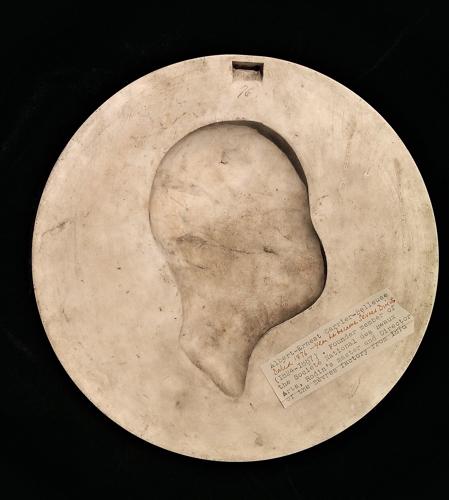 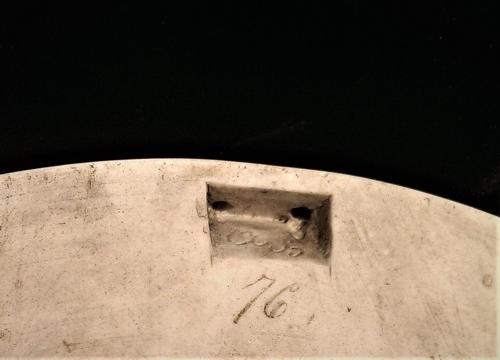