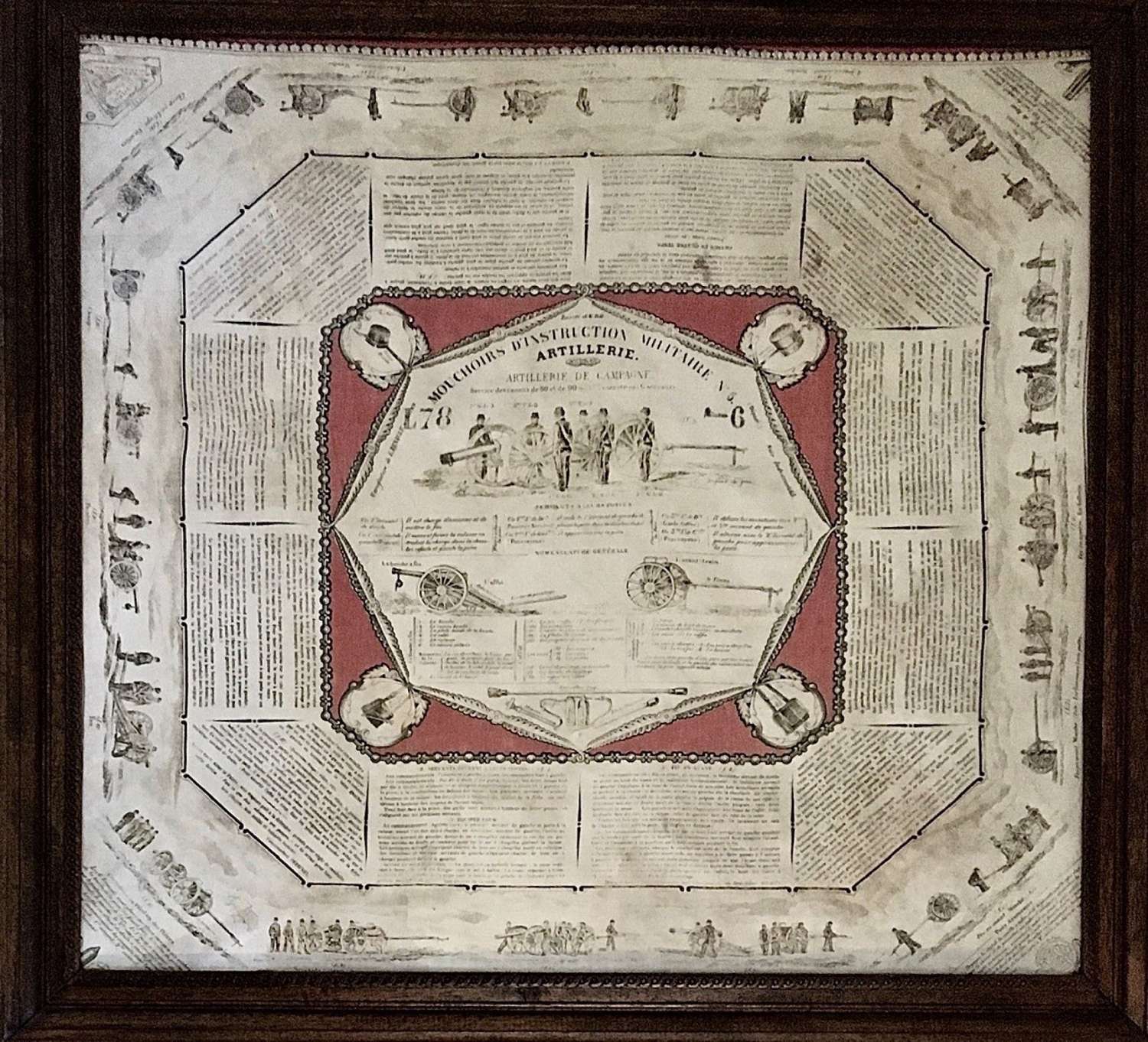 Bears regimental laundry mark or quartermaster's store inventory ink stamp "L-78 - 6" to identify who the handkerchief was issued to.

The Mouchoir D'instruction Militaire was a printed "Military Instruction Handkerchief"). This "n°5" model is entitled "Artillerie de campagne" and deals with how to maintain and fire 80 mm and 90 mm canons.

Following France's humiliating defeat in the Franco-Prussian War, Commandant Pierre Perrinon of the Rouen garrison had the idea of having square cotton handkerchieves printed so as to provide soldiers not only with something to keep their noses clean but also that would act as a usefull aide-mémoire to ensure basic military information was on a soldier's person at all times, thereby reinforcing their knowledge of drill and weapon usage, and to provide an easily accessible instruction manual for anyone lacking in proficiency. In addition to being strong, light and resilient, the handkerchief could also serve as a scarf, bandage, tourniquet or sling.

A patent for the idea was filed in 1875 and the French Ministry of War formalized their circulation from 29 November 1880 until 1909. Thirteen designs were printed in various editions.